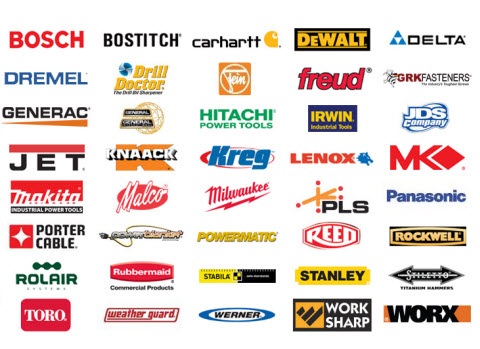 Workshop Tools – try these at home!

Tools – what to buy?

Having worked both at home and professionally with spanners, screwdrivers, drilling machines, milling machines and lathes all my life there is no greater emphasis on you get what you pay for.  I won’t go into detail as to which brands to veer away from – there’s literally thousands, but do be cautioned.

As a general rule, German and American manufacturers are exceptional. It’s not unusual to find tools made at the turn of the last century still in existence and being used daily. The Australians are also in this list, besides Repco being one of the biggest suppliers of aftermarket parts, they are also extremely tough.

Cordless power tools and some not so cordless:

The Milwaukee brand,  a subsiduary of Techtronic (also Ryobi and AEG) has fast been recognised as been ‘possibly’ the star of the show. Most professionals use Makita, Milwaukee, Bosch and Dewalt. Although Bosch may be the name most of us know, we also have Skil, Hitachi, Craftsman Nextec, Porter Cable and Rockwell (Lithium Tech).

Why Black & Decker? All of the above are good, for non professional use I have a Black & Decker CD14C and a Ryobi CD18. The Black and Decker must be about 8 years old now and the battery is still fine. The Ryobi lasted 2 years. (Ryobi do make fairly good entry level gear – their electric saws for quick cuts are marvelous for their price). I have seen Black & Decker 220V drilling machines still running after more than thirty years of service.

Ummm, here’s a good one:  Wolf Power Tools, a British owned company. I see Wolfcraft and RalliWolf but the original was in Hanger Lane, London – see the post by Gerhard Schreurs from Nederland in Woodworkforums. Interesting read – my dad had a silver grey unit which went missing or the commutator wore out. This was still working in 1995 – so must have been about 30 years old by then. An interesting aspect to taking a journey through the tools currently available on the market is that they have been around for many decades.  Many of these companies are possibly a century old already, Black & Decker being one of them. I doubt there is not a craftsman on this planet whom hasn’t owned either a Black & Decker or a Bosch.

This is not an easy one to list because most of these companies are manufacturers of cordless tools as well.  However, looking at table saws as well as drilling machines.

I have purchased and used Triton sanders and electric saws and they are exceptionally well made. They are also not cheap. A professional carpenter felt that the Triton Workcentre 2000 was a toy until he actually used one. (yes, the workcentre may not be as exacting in performance for the DIYer as a contractor Dewalt but it’s a breeze to move around).  It is recommended that the Triton 2000W TSA001 be used on the workcentre for better accuracy. Don’t ask me why I know. Mobile units are prone to sloppiness which a casual user will have problems with – if you know the saw limitations and are a professional user much of this can be overcome by compensation).

Pint sized engineering at it’s best. Cutting, polishing and grinding the Dremel is King! For small jobs. Their add on kit is also amazing, I use the router table, coping saw and drill press. There are limitations however, your imagination and brute power. The Dremel is a must-have for every DIYer, modelist and electronics buff.

This is unfortunately out of the scope of this article but may be touched on in due course. I am not a machinist – in most cases, high accuracy, you need spades of this here, is governed by cost. These tools CAN cost upwards of $100 000.00 for industrial use so be warned. A home tinker may be inclined to build his own however, using CNC. Romanblack shows some great photos of commercial and home built Milling units.