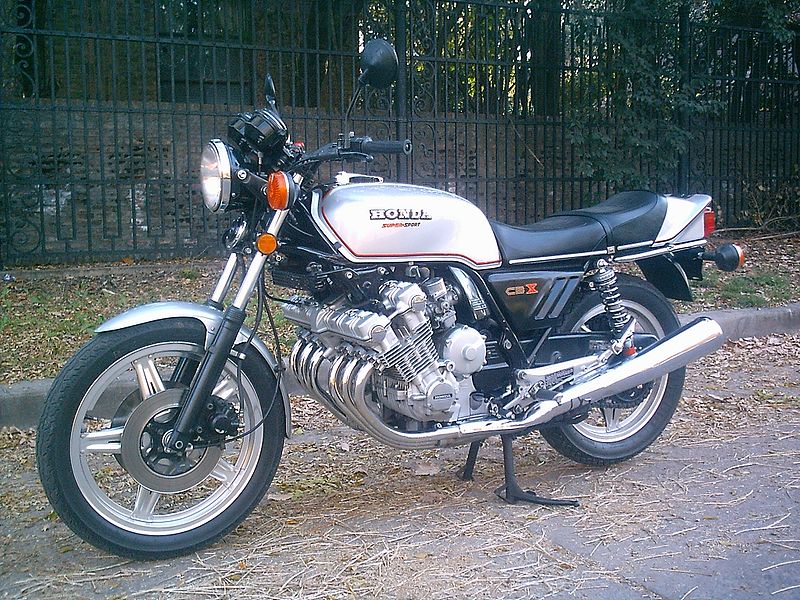 Like the first landing on the moon, the Honda CBX 1000 was as exciting and as intimidating. Sharing the road test in a local newspaper as a picture of Britt Ekland (I think it was 1978, my first big screen actress crush), both looked just so absolutely awesome. The CBX had it’s fair share of problems, stated mainly by the jealous masses whom admired but could not afford and those that were just downright anti-Honda. Nowadays this bike is a collector’s favourite, it is affordable and it still sounds better than most machines on the road. Now if only Honda could bring out this bike again with fuel-injection.

I first rode a CBX 1000 in 1982 when my mate told me that his bike needed a service, could not get to 136 mph. Of course I took the bike in for a service but don’t ask me to do 136 mph afterwards, which he asked of me. He gave me the thumbs-up a short while after – he got the magical 136 mph. I don’t know how because the wind was against him, we know also that speedos don’t lie. This bike was really incredible though. It felt as if you were in a sportscar, as comfortable as a modern day SUV but with just lots more power.  Compared to a modern day 600cc superbike though it would not stand a chance. I believe this bike weighed about 300kg, this is obviously always going to be a problem. Once up and going the bike didn’t feel cumbersome though, far from it. I have never ridden a Kwacker 1300cc though, I can’t imagine picking that machine up after a slip. The Honda already just looked too big. However….

Chasing through some articles on the web recently I came across a project which I just had to show our readers – a CBX V12 built by Andreas Georgeades, published on The Kneeslider website.