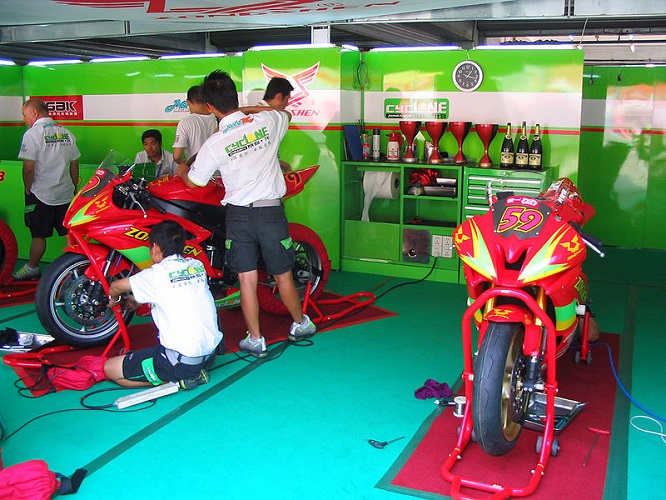 Chinese Motorcycles – getting the facts straight

Chinese motorcycles – why the controversy?

Not that many years back the Japanese brought out motor vehicles for the export market which were scoffed at by the press and general motorists. Toyota started selling so many that they started manufacturing overseas. They still do. Just like Nissan. Then came the Honda CB750/4 – every teen’s dream. Fathers of teen daughters became nervous. Who remembers the Kawasaki Z900, the Suzuki Katana, the Yamaha RD350, the Kawasaki two stroke 500s and 750s?

The die-hards stood by their BMW’s, Harley’s, BSA’s and Triumphs. Italian bikes reigned supreme.  Japanese bikes started taking on the European two wheelers on all the major (and minor) tracks. Becoming ever powerful on the racing circuits meant booming sales. Modern machines are no longer just a means of transport – they signify money, power and male (and female) dominance. Or not?

Chinese pocket rockets are scoffed at. Ridiculed. Just like “Made in Hong Kong” in the 60s. Then everything got made in Hong Kong and Singapore, just not high end two wheelers. Electronics became digital and smaller. The Chinese (included would be Taiwan) went for the jugular and are now world leaders in the electronic consumer goods sector. It was only a matter of time before they started producing their own vehicles. Their motorcycle manufacturers focused on energy saving, light emission vehicles. Energy saving and light emission does not go hand in hand with the Honda Fireblade, never was, never will be. Just as the number of Chinese electronic goods producers have slowly shrunk to produce only fine quality laptops, cellphones and tablets so it is with their entry level machines. Motorcycles are been sold with 3 year / 20 000km warranty. 12 000 miles is not a lot –  333 miles per month or 16 miles per day over a 20 day working month. Rationalise then, these bikes only cost possibly in the ballpark region of about 1 200 Dollars each, costing being about 33 Dollars per month. Add in fuel and maintenance costs, there is no cheaper form of transport world wide. Chinese dominance then? For sure.

The problem is that we scoff at Chinese motorcycles. We ride them into the ground and say that they are absolute rubbish. In 5 years time (2020) we will possibly not scoff so much.  The impressive thing is that in most cases the body parts fall off but the engine remains running. Remember the Nissan 1200cc LDV and sedans?  All now collector’s items – if the body was looked after.

Students and budget conscious commuters are buying Chinese bikes in droves. 60% of them promise they will never buy another one. Next year it will be 40%.  Smacks of poor old Behringer, “conceived in Germany and built in China”.  How many people complain about their products but don’t do proper maintenance. Budget conscious riders often don’t do the maths – maintenance and service costs are going to far exceed that of the purchase price of a cheap bike, drive train and  tyres are consumables and do not get included into the warranty. Don’t complain about the cheap arsed tyres – get other tyres. When you don’t like something or feel it is not safe, don’t buy it or at least change it. If a bike is meant for off road remember that there are safety limits, weighing in at 100kg is one of them.  Steel gauge and tensile strength will always be a problem on budget vehicles – always check for cracks in the frame and swing arm. This doesn’t apply to budget bikes but every bike, not just cheap imports. Often riders looking for a bargain will stick to second hand Japanese bikes because they are better than Chinese. Are they really?  Once per week the bike must be checked, not once per year. This applies to any motorcycle. Sure, a Harley will give you less problems, that’s what you pay for. Nuts and bolts on a motorbike are more prone to working loose than a four wheeler. KTMs and Husqvarnas are great at what they do but guaranteed the rider will check every working part on either of these bikes each and every time they go for a ride – meant to be driven hard they also succumb to vibration and wear and tear.

There is a vast difference in the quality of the imported bikes we saw 5 years ago to what is now available, pricing has remained stable – Chinese motorcycles are here to stay. We knew that then, we know that now.

Care to view your thoughts?