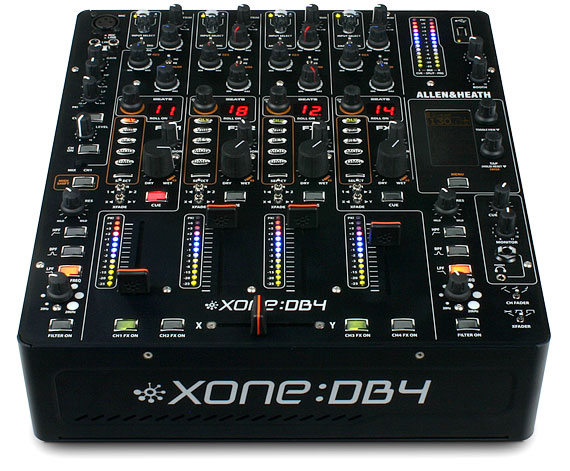 Patch Bays and Mixers, sometimes the obvious isn’t so obvious.

A studio mixer with sliders all facing the horizontal axis is often one of the best solutions as long as the mixer as enough line outs to feed a patch bay. What happens if you have a rack mounted console with combo receptacles (XLR/TRS) at the rear of the unit?

Combo receptacles are neat but pretty much impractical when switching between line and mic.  A mic input is a low amplitude signal further made worse by having phantom power (+48V) switched in for condenser microphones needing pre-amp power.

By getting your hands on the schematic of the mic input circuit the trend is to have another gain stage to bring mic level to mic level. The combo jack also has a line stage which disconnects phantom power. An obvious solution would be to pad (attenuate) the line out to drive the mic stage – not a good idea again because of phantom power and the more common than not complaints about matching.

My workaround is quite simple which does allow the user to patch through mic signals with phantom power. But firstly one needs to draw up a block diagram as to how you want to switch and what you want to switch. And take into consideration what changes or additional equipment you are planning on getting plus the added bonus of borrowing your friend’s gear. This is where conventional patch bays are just impossible to ignore.

Secondly, building your own patch bay should include XLR sockets, conventional patching devices are more prone to only having TRS sockets running only line signals. Sockets and chassis is very expensive when opting for DIY, one could never replicate the Samson 48 S-Patch for the same price. The sockets alone would cost more than this unit.

The schematic above shows how line/mic switching takes place in conventional equipment, isolating the phantom power when line is used.

When building your own patch bay do keep mic inputs separate from line inputs, ditto outputs.

Switching +48V through to a patch bay

The above shows how one could achieve the same result using a patch bay as connecting directly to the mic pre-amp.  Of course the issue which will arise is that of combo receptacles.

a) one could use only the line input and connect this to a mixing console out. Here you would then have the microphones connected to the mixing desk.

The drawback here is if your main mixer is connected to a PC or Mac and you would want to mic and record multi-inputs in real time. If your secondary or mic mixer has only a stereo out, which most entry level units are then one is limited to how many channels can actually be recorded.

b) By using the XLR inputs in your design only for microphones with or without phantom.

c) By adding an attenuation circuit, see below.

The circuit above shows a passive control, one which does not use an active device designed to reduce the input amplitude at the output.  The resistor configuration would allow for matching with mic input, removes DC from phantom (it will thump if phantom power is switched in). This is unbalanced but phase reversal could be easily incorporated.

A better option would be to use Rod Elliott’s mic preamp design with switched padding, project 66 for line input.   The input/output is balanced. (the max input level is 1.5V R.M.S., inpuit Z 150 to 600 Ohms).  This would feed your line input of the patch bay through a TRS jack plug. Phantom feed supply Project 122.

Although we don’t touch impedance matching the general rule of thumb is low Z into high Z, signal never high enough to cause distortion.

In closure (which will never happen in this industry) do always ensure noise is kept to a minimum, the less interconnects the better, the less switching the better and watch out for that +48V phantom power.

Next post What’s in a Vocoder – voice synthesisers and Robots

Sound City and analogue mixers I watched this movie a few weeks back and it had me intrigued on many...

Using Electronic switching to route signals As a follow up to our article on multiplexing (and demultiplexing) or MUX/DEMUX and...