Best selling synthesisers of all time

Just in case you may have the MicroKorg don’t be too surprised to know that it may just be one of the best selling synthesisers of all time.  Without having the data from any manufacturer readers may not be entirely convinced but considering that they have been manufactured since 2002 reflects the popularity of this model series.

The pure versatility that digital or DSP driven synths brought to the market ensured a very quick surge in sales especially in the home and garage band amateur and pro space. Having purchased a CZ1000 in the mid 80s whilst in Yokohama it became more a showpiece until a musician friend showed me the full potential. Sadly it was stolen about two years later, possibly as a result of its popularity. 😈

Almost all live gigs in Cape Town at the time would have one or other Roland, Yamaha, Casio or Korg on “display” although without a doubt, from what I could remember, Korg was the more popular. Snob value, possibly. In hindsight it was not all that surprising to see an upsurge of digital equipment being manufactured in Japan through the 80s to current. I’ll digress a wee bit and point out that Hammond was another brand which must be included, not because they were known for synth but because who could think Hammond without Jon Lord of Deep Purple fame behind the keyboard. RIP Legend.

Getting back to our DSP we have the FM synth, the Yamaha DX-7 with midi output, 128 presets and ROM cartridges and the beginning of a new era, the dreaded 1980s 🙂 and “Living on a Prayer”.

The Yamaha CS-80, not included here because it being of analogue and one of the first with polyphonic design is just another example of Yamaha’s genius. Likewise ARP’s 2600. ARPs go for approx 12000U$ on the used market, DX-7s for under 1000U$.

The third and final listing here would be again a Korg product, the M1. A 16 voice midi device where one could fully edit tracks was not just a household name, it was used by some of the most innovative artists of our time.

Being a typical Baby Boomer I’m gonna say that some of the best acts of all time was from the 60s to the late 70s, a time where synthesisers were relatively *unsophisticated and only true artists could appreciate the versatility of both analogue and digital synthesis in their work.  Music, not all, but most modern popular releases include high levels of compression and overuse of digital sound.

(* in comparison to the tech driven hardware and software devices of today they were relatively unsophisticated but at the time, totally incredible).

Not wanting to get into the digital vs analog debate, Millennials should treat themselves and take a trip down the Moog and Mellotron path, a good set of headphones and possibly a copy of one or more of the Moody Blues soundtracks.  The Moody Blues “Nights in White Satin” on Sound on Sound is a very good read, the track sometimes haunting, sometimes depressing but an always awesome treat.

Modern Trends and the real Number One Seller

Oops, we nearly forgot this one:  Sequential Music, Kawai, Roland, Yamaha and Korg’s  influence to get a universal interface, to be exact the MIDI or Musical Instrument Digital Interface, popularised and also driven by none other than Robert Moog.  To be exact our winner should be the MIDI which of course with the PC sound card made access to machine made sounds all that much more affordable.

As a brilliant Digital Audio Workstation and MIDI sequencer, try for free, buy for next to nothing Reaper is one of the best. If you don’t know how it works, don’t worry, it looks brilliant if it’s open and you will look like a guru.

Please note:  Featured Image is that of the M1 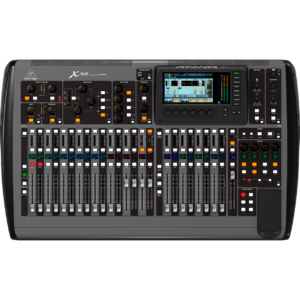 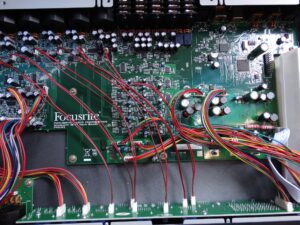