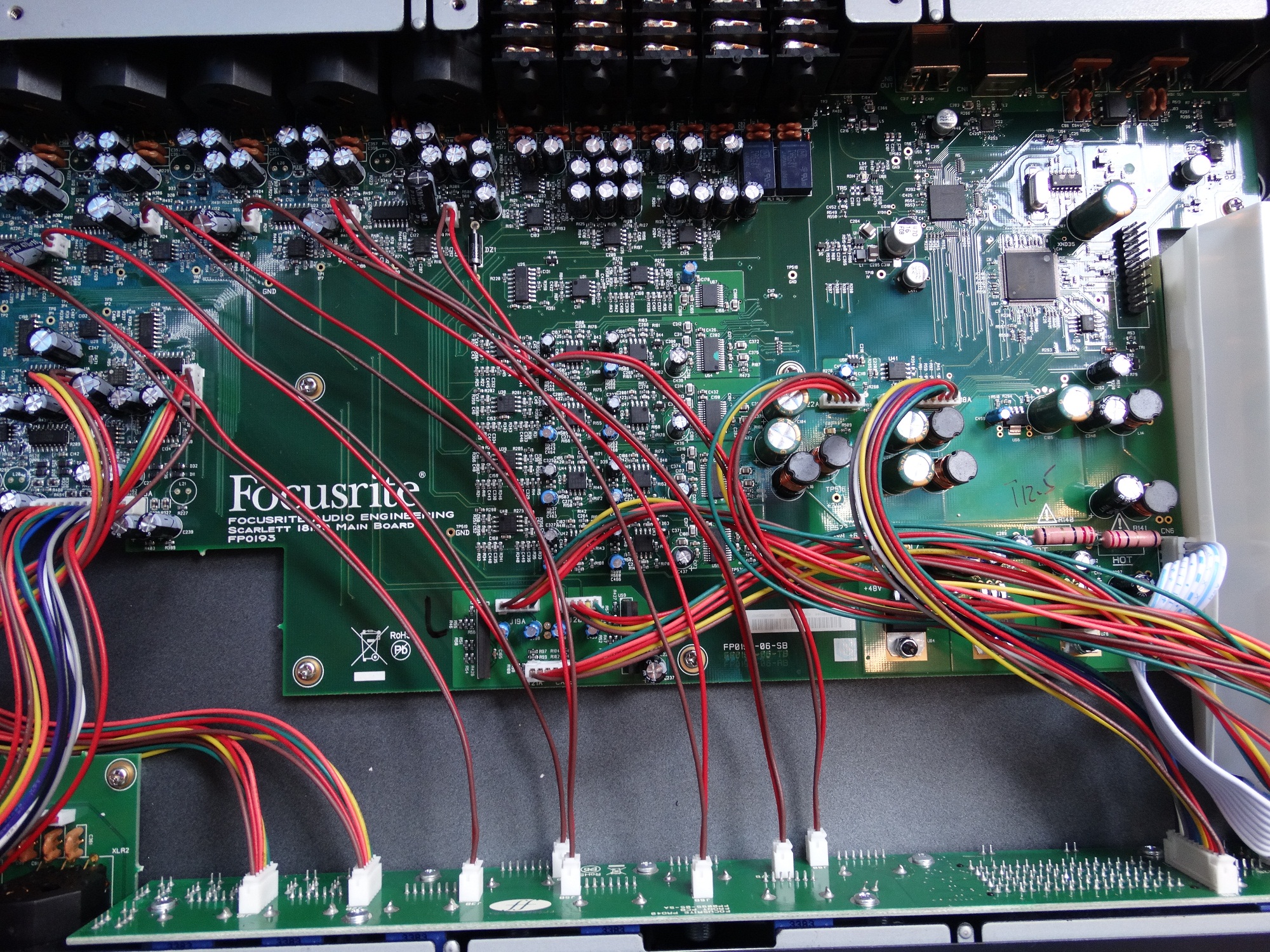 Focusrite 18i20 Release One

As an avid user and lover of the Focusrite mic preamps I recently found my preamp had a broken button for the +48V phantom supply.  As one part of the button had broken off I tried to find the missing part and try a quick fix. Since I had to open the unit I’ll share some thoughts.

Although I paid way over market RRP for the unit they were in scarce local supply when ordered so I wasn’t too surprised. As a DAC it’s absolutely incredible and although giving spec lower than some of the others giving a more optimistic SNR there is absolutely no audible noise.  I use Eltax Millenium 500 speakers in the sound system as the main drivers along with some cheap arsed Sansui’s and although the Eltax speakers are supposedly entry level and bass heavy I have not found this to be the case. As a rule this website is not critical of other products, we aren’t a Phile Critics Zine Zone, the Eltax 500s perform very well on higher powered amplifiers. I also use RCF Ayra 8 monitors for mixing.  The Focusrite – Behringer NU6000 mix makes for good listening and although the Golden Eared fraternity may cringe I think the match is pretty good. The Eltax btw handle an input power of about 400W admirably with absolutely no audible distortion.

The first revision 18i20 may not have the newer GUI of the newer version, neither the latency but it doesn’t really make a difference in the grand scheme of things. But you should be able to pick up the older version now quite cheaply which makes it a very attractive purchase. I have read a lot about out of box failures etc but if you are on the lookout for an 8 input mixer I cannot think of one thing which is against the Focusrite.  Oh, I wish they had used alloy knobs and buttons, plastic doesn’t do this product justice. Let ist cost more, this is a beautiful product.

As far as DACs go, I cannot fault the unit. I don’t particularly like the mixing software, more to get the hang of  the I/O but it’s not a difficult learning curve. I believe Numero Dos (and no, not the “gonna have a number two” kind) has what I would term more efficient software, shorter and more understandable mixing software.

If you are planning to purchase a digital mixer in the near future to do recording/mixing through USB, give it a try. All of the models are similar except of course for the amount of available channels.

More info coming up in a future column.

Previous post The MicroKorg and other Best Selling Synth