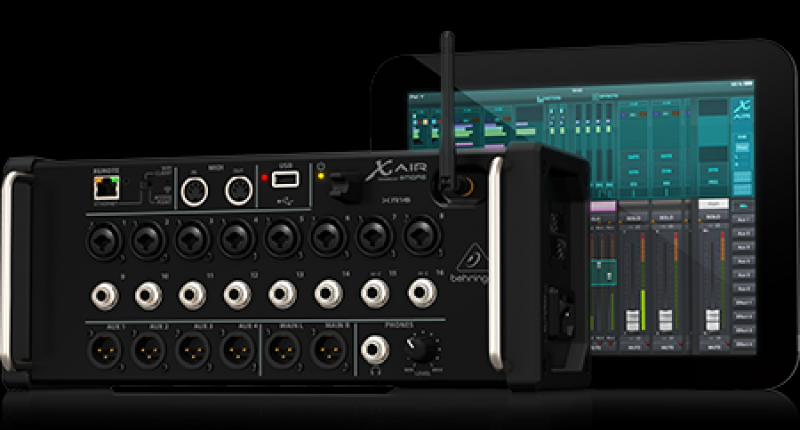 To kick off we need to piss of a couple of people, one being the high end user wanting the fastest sampling rate possible and the second, that cheap means nasty. A DIY DAC may mean a purchase and mod with better supply or even a build from loose components up.

When we went into the Philips Hi-Fi arena 50 years back the CD disk was supposedly going to be the end of our woes, high definition audio at a sampling rate of 44.1kHz and in total using 16 bits to reproduce simply put pitch, loudness and quality.   16 bits of binary, looking at the analogue breakdown would equal to over 65 000 variants of a signal at 44.1kHz sampling.

So we need a DAC which can fullfill the above to get exceptionally good good quality audio, just like our CD but have now read that bigger is better and if you could sample the audio at 384kb/s the audio reproduction would be much more accurate and hence the quality extremely good.  Unfortunately it doesn’t just stop there, how about 32 bits or over 4 billion variants of the audio signal.  Now that would be something. Except it isn’t.

Not wanting to reinvent the wheel we’ll stick to what has always being said, that person with the Superman hearing is probably non-existent, the vast majority of us will lose the ability to hear the full supposed audio spectrum of 20 Hz to 20 kHz (mine cuts off at about 15 kHz) and even at 20 to 20 000 a sampling frequency of 44.1 kHz is double what we can hear anyway so why sample at 10 times supersonic speeds. Xiph.org goes one step further, why 192kHz is not going to make the audio signal  any better, it may be worse.  Rather than use up 3 TB of disk space for one track listen to the scientists and engineers whom have Nyquist covered.  Breaking down an audio signal into little pieces, in fact most waveforms is a tricky process which involves a lot of maths – and understanding.

Just to add more oil to the fire,  much of the above applies to modern digital TV receivers and monitors as well.  We are moving over from the real (plasma 1080) to the surreal (8K and above).

Now that we know that pushing 384kb/s or 192kb/s sampling may not be such a good idea it also makes our planning a lot easier. DACs, like class D amplifiers are  not something one would just breadboard and fire up, especially SMD.  Although we are not looking at VHF and UHF bandwidths we are still looking a frequencies outside the hearing spectrum and a lot goes on there we don’t know about.  Board layout and the use of double-sided boards have a huge influence over electronic circuits which are high Z or frequency.

Before diving into a project which may hurt your budget, yes, building your own DAC is not going to be cheap, do look at AV Supply who sell an entry level DAC for about R450.00.   We are not affiliate to this company but their service and pricing for our market is very good. This is a much cheaper alternative to a DIY DAC as well, if the prime objective is “just to see”. Other online stores may sell cheaper.

As above but ADC – yes you may want to convert from analogue.

If you are mixing and have a PC there are many onboard solutions available otherwise external USB for laptops is the way to go.  I’m not going to mention which, what and where because it’s all budget driven.

I2S – Inter IC  Sound introduced to us kindly by Philips.

Firstly a little bit about I2S or I²S, which is a  uni-directional PCM serial connection between two  digital audio devices. There are three signal lines, TDM  (the data line),  word select and serial clock.   There may be a fourth signal line for out to force bi-directional communication and is relevant to specific manufacturer.  (so you will see some advertising bi-directional devices).  I2S is not to be confused with I2C which is a control device, I2S is strictly for data.

Before we move on to a working design a little bit about the famous TI PCM2707C stereo audio DAC chip.

By looking at various working examples from contributors to audio ezines the PCM2707 seems to be one of the easiest to work with, especially when it comes to high quality, high performance DACs.

What is most relevant here is the contributor (I rate this as one of the best) used the lower rated 7205 chip for his first build and noticing the very improved results over his motherboard audio and then went on to build the next revision using a 7207.   Board, BOM and all needed is in the gist of the article.

I do believe I am actually bookmarking JEDAC’s project more for my own benefit than yours.  Projects are coming out of my ears but this is a definite. As mentioned prior, this is not a simple breadboarding project but as a firm believer in TI products and with the TDA1794 boasting a 132dB SNR this is not a project to be sniffed at.

ADC or rather A/D Converters – more for the analogue fan

I have found it interesting that there seems to be more activity around DACs than Analogue to Digital conversion on the web. One would think that a vast majority of us would want to copy their old vinyl, cassettes and open reel tapes to a hard drive than taking the music off a hard drive and play it through headphones but this does seem the case. Well sometimes not.

I had reason to purchase a certain well known brand of USB output turntable for just that purpose and blow me down if the turntable generated more noise (rumble) than the old vinyl disk.  If you do have one, think about removing the ADC for a better quality turntable.  Oh yes, these turntables have plastic platters, think about weighing them, it makes a world of difference. As a DIY DAC whip it out and use it somewhere else if need be. I tried it and it wasn’t that bad to be honest.  I prefer to keep things as they were though so back in it went again.

The SATODATA from AV Supply. Have not tested one, sampling at 48kHz.  The better known commercial product is the AU-D4, also 48kHz and probably uses the same chipsets.

Of cours one can buy a higher end turntable, omitting the obvious entry levl products on the market. Expensive, yes but worth it. Then again you may still want to build your own.

An ambitious project for an beginner to intermediate enthusiast can be found on the German Beis website – the AD24QS. Pricing here.

I’m not really going into the specifics here, this is for a future article on A/D conversion but from what I have read, the AD24QS is a high quality package / kit / project at a very reasonable price. There’s plenty on DIY DAC builds but one needs to ensure that you get what you pay for.

I am a very big Focusrite fan but if one had to take any high quality DAC/ADC mixer for that matter, with a MC or MM RIAA corrected preamplifier one can make outstanding recordings from a good quality turntable.  It would be simply insane to spend that kind of money to record bad quality disks.

For the price (free) Audacity is very powerful and all one really needs for high quality recordings.

In conclusion I must confess that I have had great results from the AV Supply DAC connected to the humble Pioneer A5.  For a student on a budget this makes for a really good sounding system (I used Castle Knight 1s, bookshelf). 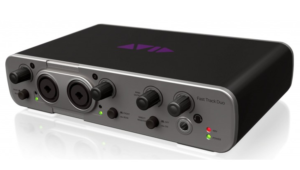