Love it or hate it, Bluetooth is making a big comeback in the world of audio. Although Bluetooth never really left our shores it’s only with the iPhone 7 that we gather a lot more emphasis is being placed by certain manufacturers on either Bluetooth or Wi-Fi or both. (here it would be for BT earphones). Or maybe inductive charging?

Bluetooth is treated as a proprietary protocol because of licensing requirements,  Wi-Fi more for internet usage.  Wireless on the other hand, like Bluetooth can also be used for components to communicate with each other albeit at longer distances and at higher speeds, bandwidth allowing better imaging as well (stereo, quad etc).

Because of the lower output powers used in Bluetooth it would make a lot more sense for manufacturers of professional audio gear to use wireless and this seems to be the trend. Bluetooth which follows the A2DP or Advanced Audio Distribution Profile is OK for smaller ranges of about 15 feet radius, Wi-Fi known technically as IEEE 802.11 is a lot more costly but superior in most ways.

So yes, Bluetooth has been with us for ages but IMO wireless is the better means of communication.  NFC. Evolved from RFID technology allows very low power chips to communicate with each other. Near Field Communication is in essence nothing new.  At a recent expo I noticed nobody was using it (in the USA). The reason?  Most users don’t believe it’s secure at all.

Wireless devices, like Bluetooth are as secure as the user wants it to be but as proven time and time again, powerful transmissions on the same band will interrupt data flow. Jamming has been around since the beginning of time.

Interesting article I read in the British trade magazine, “Television” years back about the Russians giving the British embassy in Moscow a clock as a gift. One day, staff at the embassy felt under the weather and it wasn’t the vodka.  The reason? Supposedly the Russians bombarded the embassy with RF to recharge the batteries of the bugging device inside it. Fact or fiction, I don’t know but in our world this is highly probable. But we do know this technology is now used and is known as “inductive charging”.

Now here’s one for the books and one which is going to get me shot down in flames.

Not that long ago we had the Panasonic plasma, then we had LCD, then LED (backlight) then LED, then and now, the curved screen.  Engineers were really upset about Panasonic shutting down their plant – “it was the best” they cried. Indeed it was. I had a Sony plasma and besides being a power hogger had really an amazing picture.

The problem is that we have hardly sat down with our new TV when team marketing sing praises to the new release.  Sorry, I don’t get it!  If one picture is perfect how can another be more than perfect? If an audio signal is reproduced at the output as exactly the same as the input how can we make it better?  Ditto with television broadcasts. I like to call this Pseudo Enhanced. The fact is that our eyes deceive us probably more than any of our other sensory “devices”.  Mind blowing colours and visual effects.  The fact is that we can only see “x” amount of pixels at a fixed distance from the screen.  My plasma was 1080p and at 20 foot away that makes it damned near perfect. And the quality and here to be more precise, RGB and Y (Luminosity) was set to a proper gray.

Curved TV in many ways is just a gimmick. We need to get some things right first before progressing to the next.  Having said that though, Samsung make some pretty good gear and as the trend is to make attractive looking products, Samsung is often ahead of the class.

Some good, some bad, mostly price driven.  I am from old school, the bigger the speaker, the better the bass. Having an active crossover, Class D to bass or 12″ woofer, class A semiconductor or tube to 8″ or 6″ squeaker and again crossed for tweeter we have the best resolution of sound.  If space permits. And this is the caveat. Space.  Sound bars are the best for users with small space available.  If you are lucky and own your own mansion then the bigger the better. Sound bars, switched mode supplies and class D amplifiers possibly don’t belong to the world of true-Fi.  Or maybe not.  Critics have been overwhelmed by products from Yamaha, Harmon-Kardon, Klipsch etc. But they do come at a price. For true 5.1 and up sound definition, go the older route.

A sound base is a device which sits beneath your TV.   A much better alternative to the sound bar in my opinion.

Huge breakthrough or another marketing ploy?  I had an electric toothbrush 15 years back which used inductive charging.  By inductively coupling (transmitter and receiving coils) and rectifying the output one could charge a battery. As these circuits are at resonance we get optimal performance – maximum transfer.  Not a new science by any means but one which is not going to go away.  See below under further reading: Crystal radio. And if you do feel ill, check your clock.

To conclude…   Plus ça change, plus c’est la même chose

“The more it changes, the more it’s the same thing.”

In most cases, get your wallet out. Do some shopping around and price check!

How many PPI can the Human Eye see?  – Ask Ted 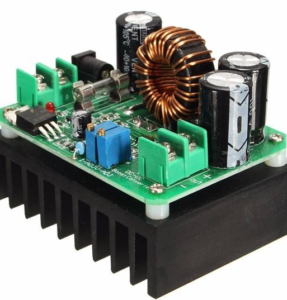