Why Class D amplifiers are the way to go

As a young (or old) student it takes some time to get one’s head around the design idiosyncrasies of solid state amplifiers. Truth be told many of us found tube nomenclature and circuit design easier to comprehend than anything that followed “hole” theory.  Big bad things come to an end and eventually we found it easier to crib other designs.

As part of this article I just had to add Bruno Putzey’s article in EDN on why one could never have too much negative feedback  and a contributor’s comment:

Where there is fact there is also controversy,  the sequel to the above can be found here.  My own interest here of course is the effect(s) of NFB on Transient Intermodulation Distortion and Slew Induced Distortion. While I have heard about TIM and SID, I have to be honest, have never really been concerned with it.  A lot of this is mumbo jumbo – if it sounds good it is good. Who cares if there is feedback. Of course we were told that it HAS to have NFB and the more the better.

Getting on to the reader’s comment above I thought it pertinent to reflect on Class A and class AB which to my mind has been perfected.  There’s so many books written about the subject that one wonders what new exciting scientific design is next on the cards. Well we leave that up to you, dear reader.

Class D was on the drawing board in the 60s already. Impeded by slow speed solid state and inferior components at the time. Along came the heady 80s and at a price one could purchase a ready made amplifier which had a fair technical spec.  Over the last 30 years however, switching circuits and the technology therein has made class D the “trupath” of invention.

Some say that they make good bass amplifiers but truth be told after a visit to the many numero uno chip manufacturers world wide we can see the writing is on the wall for Class A and AB, period – not because of quality but because of inefficiences and ummm,  Rands per Watt.   We could even call it Watts per Rand at the rate things are going and indeed looking at pricing for some of these marvel chips one would not be far off.

Cellphones would prove in many ways the driving force behind this technology.  Also having a bandwidth suitable for human voice made this a suitable conduit for class D experimentation but it didn’t take long to shift direction – iTunes and quality music reproduction has seen a shift towards extremely good quality head phone reproduction as well.

Class D unfortunately may not be the death knell of A and AB but it sure is putting a damper on the purchase of chips for VAS / driver stages.

More and more professional and consumer audio manufacturers are now marketing their purely Class D products and looking through a local distributors catalogue of active mixers, speakers and power amplifiers at least 80% of them are Class D. I even use a Harmon Kardon class D HT at home.  Nothing spectacular, it just works! 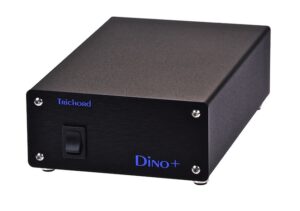 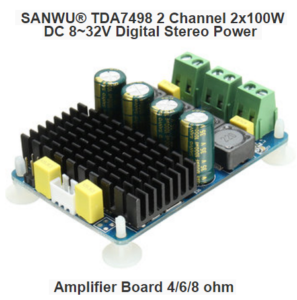