I thought the first paragraph is relevant to our subject based on the confusion come across in forums on who owns what.

The champions of the Forums Brains Trust and slew of experts world wide will always make some comparison statements to the effect that National is better than Sanken or Vice Versa.  Of course, I am not that clever except to note that both Sanken and National, now TI, are powerhouses when it comes to chip manufacture and I doubt they hired a bunch of idiots for their design room.

Sanken chips are used often in Sony amplifiers, especially in their VAS (Voltage Amplifier Stage) whilst in my own research one is of the opinion (mine of course) that the LM4702 series has opened up the market for chip amp designers and experimentation thanks to their application design notes. Not so with the Sanken or NEC chips where datasheets are as scarce as rockin’ horse shit!

Part of this article was driven by my own interest in Sony amplifiers and the accessibility of their top class schematics available legally or illegally on the net. The issue with the Sanken chips is availability of suitable literature covering their application and design notes.

The three chips shown above shows the similarity between the Sanken STK350-630, the NEC Regasys UPC2581 and the TI/NS LM4702.  Be aware though that doing repairs on amplifiers using these VAS drivers  that sometimes things aren’t as simple as they seem – hence the need for a schematic.  See eservice.com for some light on this subject.

According to reader’s comments it appears that the STK chip was out for some considerable time before the release of National Semiconductor’s competitively priced LM7402.  In my own experience I found both products behaved in a similar fashion their design lent themselves to both Darlington BJTs and MOS devices with low switch on voltages.

When building any amplifier which uses a VAS chip to drive the output stage one must not forget a very important aspect to the design – the Vbe bias of the BJT stage. 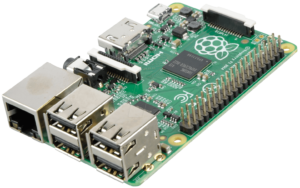 Next post IoT – A cynics viewpoint of Internet of Things

The Sony vintage TA-F444ESX - protector and regulator failure As a follow up to our previous article on speaker protection...