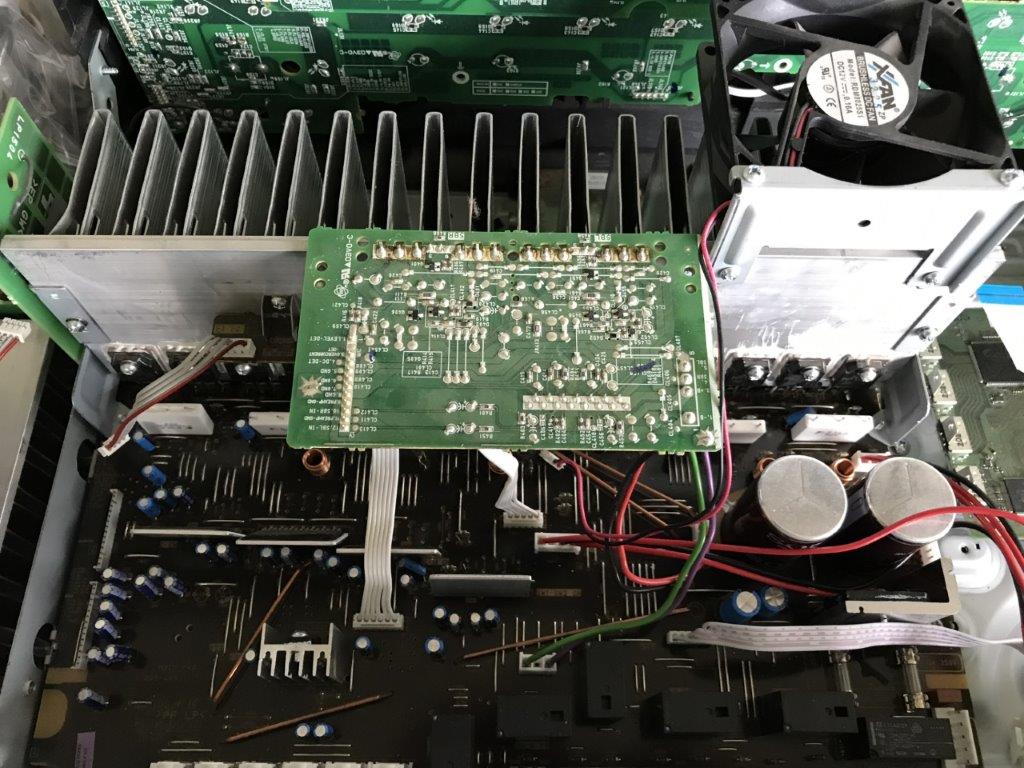 Making the most of 7.1 or 7.2 with the extra surround channels in a Sony

Most home theatre amplifiers have 5 active channels and one dedicated low frequency pre-amplified output for driving an active sub-woofer.  Sony amplifiers for the consumer often has extra channels which are on a daughter board designed to drive up to 100W into an 8 Ohm load. These are the ones the DIYer should be on the lookout for. In a previous column I mentioned that these can often be picked up for about R100.00 in faulty condition.

The most common problems (supposedly) are open circuit mains transformer, not switching on (speaker protection), micro-controller (these should be very reliable) and catastrophic output transistor failure caused by shorts and driving hard into 4 Ohm loads.

On the lookout for some heatsink or aluminium due to be trashed through our in-house electronics gurus, Bob and Logan, I recently received South Africa’s favourite, the Mgonga 40 Megawatt  amplifier 🙂 which was a partially stripped unit which had come in after some dodgy usage.

Now the audiophile community will cringe at this but power Darlingtons driven by an STK VAS chip makes things simple. Not only that, my previous experience at building an amplifier from the ground up with this configuration was that it proved to have quite remarkable sonic capability.  Most entry level HT systems do not have good audio quality (music reproduction) and I simply abhor the effects reproduction usually added which in most cases sounds like it emanates from a tin can. I won’t single out Sony here because this is more the norm than unique to HT.

The KM7 (and KM5) surround module – this is mounted separately on the already cluttered heatsink. Click on the image to get full size.

Although the Mgongo series seems to have been  released into South Africa to feed the mass of noise addicts at a very good price point the one one thing that stands out is bang for buck.  The other thing, sadly, is that Sony is no longer in South Africa. This was once a proud company which released products akin to Apple. If one looks at their schematics which are all top class it saddens one to think that they are selling off their divisions faster than one can say “Boo to a goose”.  I do not know what their game plan is – they are big on image sensors. Most articles about Sony also miss the point – they do sell some extremely high end goods and also, at this time at least, medical and studio equipment, but one wonders how long this will last. Sony, like Panasonic is of Japanese heritage and one wonders whether the Japanese folk will take this sitting down – perhaps there may be a few cultural surprises in store. But we live in interesting times.

Getting back on to the game plan, the amplifiers used in the KM7 are similar to those used in their other HT systems except voltages have been raised from +/-50V to +/- 70V, A/C  secondary voltage from 42V-0-42V to 50V-0-50V. The L20 audio amplifier advertised on eBay can take a +/- 70V rail voltage max so if you get a transformer from the KM7 still in working condition you have something which should get you by quite nicely.  If the transformer is dud often the temp device within the windings of the transformer is o/c.

“Blow me down” said the speaker to the amp.

My own feeling is that these amplifiers die through user abuse – stick to a 6 Ohm to 8 Ohm load. The transformer will not be able to withstand all channels running simultaneously at full power.  Think of house parties with 2 x 4 Ohm speakers in parallel.

My own schematic with DC sensing speaker protectors

The circuit above is the same (or should be) as the original except for the speaker protector.  This should be powered by a 12V DC supply.  The protector will sense DC at the amplifier output (+) or (-) and has two 47uF or  33uF electrolytics in series (connected as bipolar) which forms the delay circuit.  This circuit is fairly common with some users opting to use a 10uF bipolar cap which is more readily available with a smaller footprint. The response will be a few milliseconds but may prove to be too sensitive.

The KM70 uses a rear surround x 2 channel board separate from the main board, easily unscrewed and which can be mounted onto another heatsink without too much fuss. I am using 2 x 100mm * 80mm * 15mm mounted back to back, with a fan cooler. This will not be adequate for continuous high powered use and as a rule I would use heatsinking from Mantech, code A0M0097 which can be purchased at up to 3m lengths.  I have used a 30cm run for a 200W amplifier without undue heating but make absolutely sure that the transistors are flush with the metal otherwise you will have hotspots and the power trannies will breakdown before you get to track two.

The box used to house the surround module is definitely not the most practical.  In South Africa ready built aluminium enclosures are as scarce as rocking horse shit.  Would some kind reader point me in the right direction.

Here the intention was to mount the transistors onto an aluminium chassis directly – it’s not going to be used at high power outputs.  🙂  The plastic enclosure does not lend itself to shielding, heat, neither will it be crack resistant if it gets dropped. Toroids and EI transformers have a habit of tearing loose from mounts inside a metal chassis so this is a no-brainer.

[…] Sony home theatre – Reworking the surround amplifier for stereo use […] 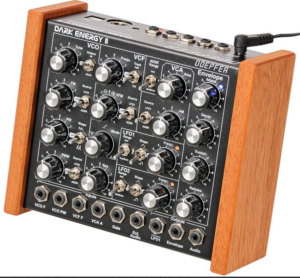