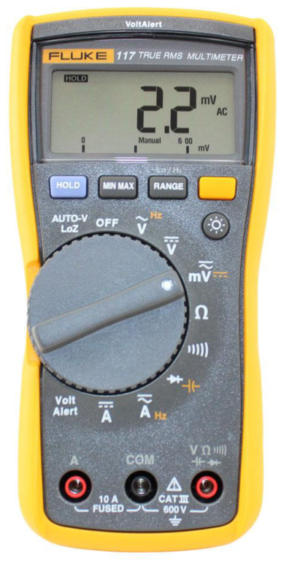 In the beginning Steve, Steve, Bill and Paul had an idea….

Part I of the basics to electronic engineering… for the student

Many years ago most schoolboys had this desire to build something great to make them famous. It may have been a steam train, a car or an aeroplane.  Girls didn’t talk about this because it was “boy” stuff.

Times changed and so many boys went on to build electronic stuff, flashing lights, crystal receivers and audio amplifiers.  Some girls tried this and to the young boy’s embarrassment, were better than them.

Many years after this along came Steve Jobs, Steve Wozniak, Paul Allen and Bill Gates.  They built and programmed computers and became multi-billionaires. Many boys and girls went on to become programmers, their soul pursuit was becoming rich and famous, unlike many Electronics entrepreneurs.

But this article is about electronics. Something which without the two Steve’s, one Bill and one Paul would never succeed.

The Mystery of the Electron and where to begin…

I think one of the best places to start an introduction, a beginning, a middle part and never the ending is a good website. There are many around and I would never rate one over the other because I know just how much work, time and effort goes into not only generating HTML but getting the “view and attraction” right.

We’ll start with “All About Circuits” , “Education” –  © EETech Media, LLC. All rights reserved.

You will need to study electrons, electron current flow and conventional wisdom, much of which came about when scientists did not know an electron existed 🙂

You will need to know some things like DC and AC.  You would have touched sides with this at school if you were lucky enough to have studied science.

Then you need to know things like electromagnetism – a very important aspect to electronics and much misunderstood, so don’t worry about getting confused. Things get brighter at the end of the tunnel.

Always a good start – why resistors are known as…. resistors.  They resist current flow. Here you will learn about current, voltage and power which is a product of current and voltage or P = I(current) x V(voltage).

You will need to know Ohm’s Law, or Voltage = Current x Resistance or V = I x R.

You will need to know about series and parallel networks.

And of course, Kirchoff’s two laws – current flow in a network and voltage drop across a network components.

Inductors or Inductance.  Reluctance, again energy, the Joule, induction and of course Joseph Henry’s Henry, the unit of electrical induction.

Transformers – learning how to step up or step down voltages

Now the diode is an interesting device – it conducts current only one way. But of course this is best understood under thermionic tubes and semiconductors.

There are other passive components used in electronics but this becomes just a sequence in your travel.

A very interesting subject and one which separates the men from the boys.  Ac you would have learnt, a capacitor is just two plates insulated from each other. Connecting a battery across these two plates causes a surge of current (charge) which slow reduces as the plates discharge. But what happens when you apply an alternating current across these two plates?

An inductor will impede the current initially (reluctance) when a voltage is applied across it (you will need to put a resistor in series otherwise you will short out the battery – an inductor is simply a coil of wire).

Both a capacitor and an inductance are used to store energy.

Reactance – alternating current across an inductor or capacitor

The outcome of this is that in an AC circuit the capacitor and inductor provide an interesting phenomena known as Reactance.  As the frequency of the AC voltage applied across a capacitor goes up, the current increases.  In an inductor the opposite occurs, the current reduces.

Impedance is the value in Ohms of the effective resistance of  reactance and purely resistive components measured in an AC circuit.

In a series network of capacitors and inductors an AC voltage can be applied across the network which has a variable frequency.  When this frequency gets to a certain point (and I use this term very loosely) the reactive components will be equal – the capacitive reactance and the inductive reactance will be equal .  The formula for resonance is 1/ sqrt(2 x pi x  L x C) in both parallel and series networks.

For a great lesson or lessons in AC circuits go here to electronics-tutorials.

Here one can read up how as the circuit goes into resonance one can reject or accept a range of frequencies, as used in band-pass filters.

Am I leaving anything out?

My favourite. They’re making a comeback.  Transistors distort painfully, tubes distort beautifully.  Fact or fiction. It’s all in the ear.

Learn about the thermionic vacuum tube:

Tubes are great because they tend to be easier than semiconductors to understand.  And no, they are not simple to manufacture. They are also highly inefficent, they need to be heated either directly or indirectly, run on high voltages which makes them dangerous for the average school child wanting to learn more. They are notoriously resilient and reliable and indeed until recently were not affected by electromagnetic pulses of the atom bomb kind.

Besides for their inefficiencies in many ways they lend themselves easily to multi-kW power amplifiers used in transmitters, oscillators and nowadays they are much in demand for microphone preamplifiers and high fidelity audio reproduction.  In my mind they make the best vinyl reproducers i.e. vinyl or record pre-amplifiers.

Learn about Class A, Class B and Class C

The great discovery not that long ago, nearly 60 years to be exact. Learn about holes and electrons.  Doping a substrate.

Transistors used as switches and amplifiers.

FETs or Field Effect Transistors.  Did you know they were discovered before Bipolar Transistors.  MOSFETs, IGFETS, Unijunctions. Lateral and Vertical.

Transistors and Mosfets are commonly used as switches and in amplifiers, low and high power.

Learn about Class A, Class B and Class C.  With transistors we now have Class D as well as rail shifting class G audio amplifiers. Class T or Tripath amplifiers were also fairly common not that long back. Tripath was a registered trade name.

We called it wireless, then radio now wireless. All the same thing really.

We have AM – Amplitude Modulation, FM – Frequency Modulation and PM – Pulse Modulation. Plenty of others of course, different strokes for different folks.

Good multimeter with high input impedance – this is to stop loading of the circuit components, possibly causing damage when doing voltage readings. Most modern DMMs are high input impedance but always check. Veer clear of entry level R80.00 jobs for electronic repair.  Amongst many things the patch leads and probes will not be designed for high voltage and can be dangerous.

Fluke meters are amongst the best in the world but have become ridiculously expensive in South Africa.  There are other very good meters available for R1 000.00 and above. Some even have cap and inductance checking but may not be all that accurate. Do get one which has a diode testing function.

An audio frequency multi-function generator (sine, square and sawtooth) is indispensable.   Most DIYers build their own for about R500.00.

An oscilloscope is a definite for design work. Many DIYers are looking a using their PC for audio work – this can serve as a signal generator as well as an audio frequency oscilloscope.  KMeasure in Pretoria have  some very good quality equipment – especially for using your PC on a scope as the Visual Display Unit.

Bench power supply, preferably a dual supply of +/- 30V 3A.  Most DIYers build their own. It must be very accurate and rock steady for digital work.

Where things become costly is usually frequency related.  Scopes with 200MHz bandwidth may cost you more than R20 000.00. Frequency generators and spectrum analysers are usually out of the reach for the student.

Where to now once you know it all

Soldering and Rework Stations and other Kit - Analog Ian

[…] A Career in Electronics – Beginning the Sequence […] 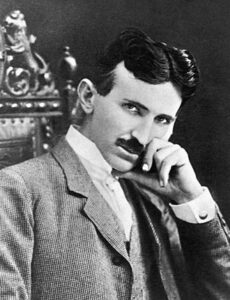