Why the amplifier sounds more like 4.5W than 20W

A common circuit for most beginners to build as their first project will be something to use inside their or their friends car.  Amplifiers of this ilk come in various flavours but the most common will be the 6W or 4.5W RMS version.

Your power supply is 12V to 16V (I am being optimistic here, for you and not your battery).

A quick calculation to get DC power

The amplifier above is in it’s barest detail, a complimentary pair out with diode bias.  The maximum peak to peak voltage as can be seen by the adjacent diagram is going to be 12V, the battery supply of the vehicle.  Of course there are some parameters we need to take into account, one being that a transistor when conducting hard will have a small saturation voltage between the collector and emitter.  I have set this to a not too unreasonable 500mV.  So in fact the p-p voltage will be closer to 11V. The RMS voltage which one uses for measuring power if the circuitry was wholly DC is 0.707 * 5.5V (half the p-p) equals 3.8885V.

Of course if you have robust enough transistors you can load the amplifier with a 1 Ohm load to dissipate 15.12W which is a little more reasonable.

Increase the Supply rail voltage with a switching supply.

But the captains of the International Brain’s Trust came across another remedy, a much better plan.  Why not increase the supply rail voltage to say +35V.  This can be done of course and now we can get 38W per channel out of a car audio system.

What about bridge power?

Not my most favourite subject but for car audio works pretty well until the installer earths a speaker wire (even though there warnings in all 10256 languages).

The first bridged amplifiers I came across was the pre- switched mode amplifiers for automobile auto use in the early 80s. These were almost always advertised as 20W * 4, 25W * 4 and even 50W * 4.  The power just kept on going up but the supply rails and load impedance stayed the same. Nothing like a good solid piece of marketing to keep the ZARs moving.

Using our tried and trusted formula above still holds water of course but except now we no longer have a maximum voltage swing of 12V, it is now 24V.

If an amplifier is designed to dissipate 4.5W into a 4 Ohm load, in bridged mode it will be 4 times that.  In other words your supply rail has effectively doubled.  Using the Vcc squared formula we get approximately 20W into the 4 Ohm load.  If you have 2 x 150W amplifier, the total power (possibility) is 600W. In a case such as this though the impedance is never the lowest as advertised by manufacturer e.g. 4 Ohms, but now 8 Ohms.  This gives double the power output or thereabouts.

E.g a home system deliver 100W into a 8 Ohm load. (This is equal to about 28V across the load). This is also equal to about 200W into a 4 Ohm load. By bridging this amplifier the load sees a maximum amplitude now of 56V, a power dissipation of about 400W. Therefore by doubling the output rail voltage we quadruple the power dissipation, a very daunting task in design for engineers.

Some problems engineers sit with:

The ordinary consumer is not usually concerned about thermal related problems in amplifier design, neither matching impedances. Output mismatching for a tube amplifier can cause arcing inside the output transformer (never use one without a load), semiconductor amplifiers can usually run without a load but never a short.

All transistor amplifiers are designed around a Safe Operating Area of all the transistors, the big issue usually being driver and output transistor circuits. Early semiconductors were not forgiving, especially the Germanium types. Transistorised amplifiers, or rather the outputs can suffer from what is termed secondary breakdown.

When using your amplifier in bridged mode every possible law in electronics can be broken at the flick of a switch, all because of wrong load impedance.

Much has been done to add current and temperature limiting into design but there will come a time when parts suffer from thermal fatigue and will fail. Engineers try to use the best possible (or the most VI resilient) devices in their designs.

Very high powered amplifiers often have more critical protection circuits in the the final design than in the voltage gain and power output chain.  In the real world we need the least possible components.

Mosfets have a much higher saturation voltage than BJTs. They are also not known to suffer from thermal runaway as in conventional bipolar transistors although there are different trains of thought in this matter. Otherwise they will fail just as easily as any other component if not cared for. Design criteria for MOSFET amplifiers, although seen to be simple according to the schematics is often related to the very high input impedances and PCB layout. 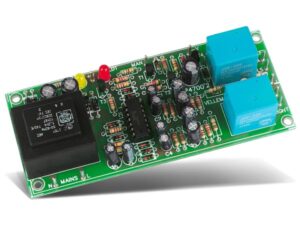 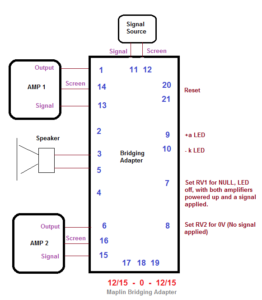