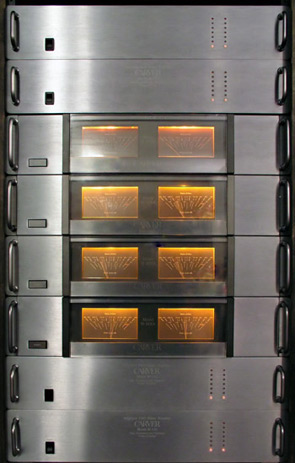 The Phase Linear 700 was and still is one of the most sought after power amplifiers in the audio industry, followed a few notches down by the 400. Both amplifiers followed a familiar design by Carver, way under-rated and used by some of the top bands of the time.

A bit of History

The Carver Phase-Linear relationship lasted from 1970 until 1978, Phase Linear was sold to Pioneer Electronics in 1979 where it was again sold to auto audio electronics leaders, Jensen in 1982. The last of the Phase Linear commercial 2-channel components was sold in 1982 before PL was moved over to the auto audio sector. No move within the electronics sector is ever that surprising and the buying and sell-offs of Phase Linear was no exception. The genius still remained with Bob Carver.

My first relationship with the Carver powermad PL700 was at a place in Cape Town, Lovell Proctor next to Hamrads up Buitengracht Street in the mid-70s. I don’t think they sold them but there was one on demo and as a pimply 18 or 19 year old this thing could blow the whiskers off a cat at 20m.  I think the load was a bank of Wharfedales. I stand corrected.  The sound track was Boston,  “More than a Feeling”.  (I see this track was released in 1976).  It was obviously a dream to have one of those in my room but who knows – modern amplifiers dwarf the 350W per channel Phase Linear but doubt they’d be allowed to carry the same badge.

But Bob Carver wasn’t really known for all these things – he was better known to blow the caps off the high end brigade at a fraction of the price.  Two audiophile magazines took him on to build an amplifier using transfer function duplication which would equal or better a) the Mark Levinson ML-2 and b) the Conrad-Johnson Premier Five at a lower price point. Both these amplifiers were reviewers wet dreams at the time, the Conrad-Johnson Premier Five selling for approximately 6 000 Dollars for the two mono-blocks.

Carver used null difference testing to prove that there was no difference between his “overnight design and build”  which down to nuts and bolts means his and the comparison amplifiers were driven 180 degrees out of phase with each other which would have produced a no or nul output signal if the amplifiers and resultant output were the same. Because they were not the same he then introduced distortion potentiometers into the circuit to get the desired null output. Ummm, interesting bit that.  Stereophile Magazine which took him up on the Carver Vs CJ P5 challenge had to bite the bullet and recogised that in the single blind listening test they could not determine which amplifier was which.  The problem? Carver’s amplifier cost less than 1/10 that of the CJ.

Whilst I have never heard the Conrad Johnson Premier Five, neither the Mark Levinson ML-2 (Class A 25~50W).  Some nice images files here.

So sadly, again we have a NwAvGuy revision Numero Uno, Mr. Bob Carver who bought disrepute to the blind listener’s brigade. I have no qualms with any of them – I have never thought my hearing was that fancy.

In the previous article I mention that I use a Focusrite 18i20 for headphone listening.  I wrote this to contrast a forum I studied a while back where the users of this specific pre-amp tear it to shreds. I stand by my guns, the Focusrite preamplifier/headphone output quality is exceptional. If it isn’t then you have really dud ears.  This preamplifier is advertised and marketed for the microphone reproduction for which Focusrite is internationally acclaimed and this is not folklore. They do not market this pre-amplifier as a headphone amplifier. The NwAvGuy designed, built and perfected a headphone amplifier which has vastly better specs than the Focusrite, whether you are using the 2i2, 6i2 or the 18i20. I doubt the headphone amplifier is different. Of course it’s a pretty expensive solution. I will do some tests and publish on the website some time in the near future].

Previously:  Where is the Mr NwAvGuy?

Where is the North West Audio Video Guy? – Analog Ian

[…] Another but not so missing guy:  Bob Carver, the genius behind Phase Linear […] 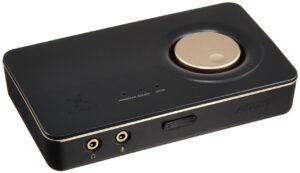 Previous post Where is the North West Audio Video Guy?