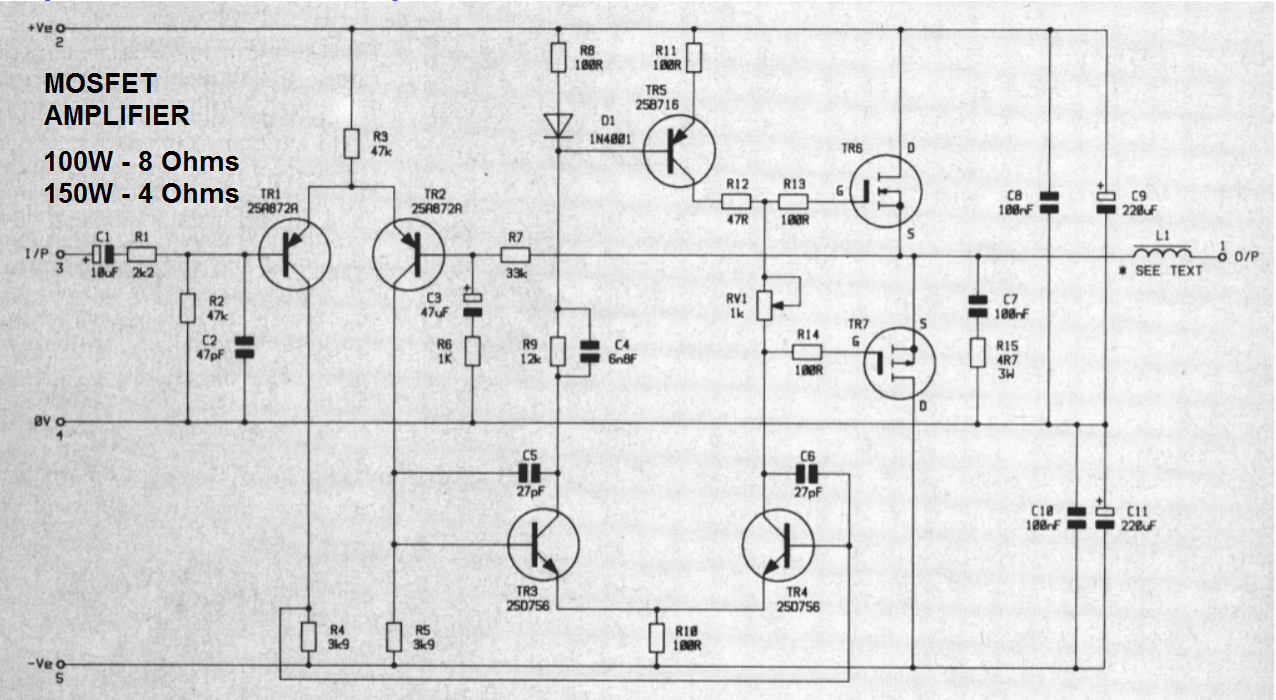 Most audio amplifier enthusiasts will have built one Mosfet amplifier in their lifetime and hopefully if it didn’t self destruct quite a few more. I have been relatively lucky in this aspect because mostly I stick to the tried and trusted circuits and heed the designer’s advice like glue.

The first amplifier I built was the Maplin ETI 100-150W 2SK134/2SJ49 version and this thing was a freaking dream. Considering it was sometime around the 80s I vaguely recollect the only company in SA selling the Hitachi output devices was Candi’s in Durban.  I do NOT know whether the original Candi’s is the one at this address. I do recall the service was incredible (good) and living down in small town in the Western Cape took faster than modern couriers through the local GPO.

Bose to the rescue or was it the MOS amplifier kit?

The amplifier was a copycat of the one sold currently by Fort777.co.za except for the older Hitachi transistors used in my kit.  All testing was done with a CD input through a NAD 1020 and compared to three amplifiers I had in my arsenol, a Kenwood, Sansui and Akai. All of them had outputs of about 30 – 50W p.c. Listening to one CD with tones set to flat the NAD, which I never particularly liked, definitely had a far more distinctive sound. Some said bright (I never thought the 1020 was bright), fatter – ummm, yes, the NAD preamp wasn’t that bad after all and possibly, definitely, maybe…. was it the clarity? Suddenly the preamp didn’t sound that bad, the speakers which were home built using Fane 12″ drivers and some off the shelf high frequency drivers. Swapping this out for a friend’s Bose 901s I realised that Bose was possibly king of speakerdom.  But in reality it was the MOSFET amplifiers which made all that much difference.

Why? It’s all in the design and layout

Now to the big question, why?  A lot about the quality of an audio amplifier is put down to design. Some of the simpler designs are best and let’s be honest here, in a class A amplifier tubes and MOSFETs rule in many ways.  We use less active components to get the required output currents and voltages. Higher gain stages. Lateral MOSFETs such as the K134 and J49 were used in what was loosely termed, bomb-proof amplifiers but this could never be so because strangely enough most complaints came about due to oscillation and self destruction. This is the silent death and the quick and the dead mentioned previously.  The power bandwidth of the MOSFET amplifier designed by ETI I do believe is extra-ordinary. Oh, yes, I “built” an amplifier once which used what we commonly termed Hybrid blocks (all encapsulated) – possibly manufactured by Hybrid, which could rock anyone’s socks.  Looking at resulting output figures based on equipment loaned to us by the CSIR which included power bandwidth, slew rates, frequency response and distortion, MOSFETs were the in thing. But…

Gain is good but read the instructions

MOS amplifier circuits, like sensitive BJT amplifiers with tons of gain need to be very carefully laid out.  Go ahead and design your board at your own peril. The ETI board is one such amplifier – you need oodles of confidence and even more oodles of knowledge to know that you are sitting on an oscillator of sorts.  Best write up I think on this and board design is on Rod Elliott’s website, project 101.

One thing we need to make quite clear here is that lateral MOS devices are very expensive, over R100.00 per device as opposed to the MJ15003 selling for about R60.00 each.  (ex VAT).   So assuming you are to build an amplifier of about 200W per channel you would be looking at about double the price for MOS devices.  And will there be that much difference in audio signature – depends what you want.  Too many design engineers have foregone Mosfet for BJTs and the reasons are given all over the net. Most importantly one needs to stick with what you know.

Buy that kit, you’ll love it.

Please support Rod Elliott as well – the boards are 22AU$ each. Transistors about R160.00 each at Mantech. 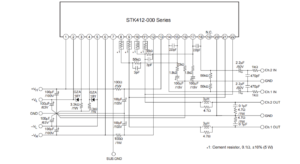