Some of the best known oscillators – for the beginner

For those interested in electronic circuits it’s almost impossible to stay clear of the humble oscillator. In it’s simplest form the oscillator generates an alternating current from direct current. It is used most often in radio receivers and transmitters, digital circuits (possibly timing, clock), audio effects and of course in function generators where the output is almost universally sine, sawtooth and square waves.

Relaxation with an Oscillator

In my opinion the easiest oscillator to make would be the free-running astable multivibrator using two transistors or using the 555 IC. The output is square wave and is usually running in the audio spectrum (but not always).

In the interests of this page let’s look at the 2 transistor Astable multivibrator. Why astable?  There are 3 basic configurations used in multivibrators: astable, bistable (which has two stable states duh!) and the monostable. Guess which one only has one stable state?  The astable multivibrator is free running with a square wave output. It has two transistors with a positive feedback path made up of the cross connected capacitors, Q1 collector to Q2 base and Q2 collector to Q1 base. If Q1 conducts first due to possibly having a higher gain than Q2, capacitor C1 is charged through R2 which forces the Vbe of Q2 to rise until conduction which in turn charges C2. This process makes up the basics of an oscillator. The positive feedback is what enables these transistors to switch on and off, components R2, C1 form the time constant for Q1 low state (in this case) and R3, C2 form the time constant for Q2 high state (in this case).

In radio telecommunications it is guaranteed that the student will have the Colpitts, Hartley and Crystal Oscillator thrown into their studies. These are extremely popular due to their high performance, the Xtal (Crystal) being the most superior but locked to resonance of the Xtal.

[…] Oscillators for the Newbie – Positive Feedback […] 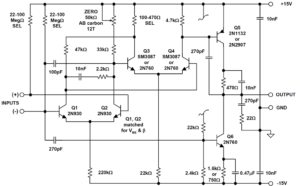 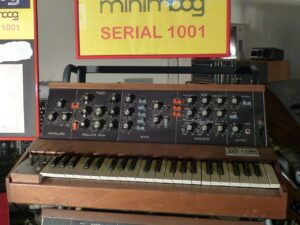