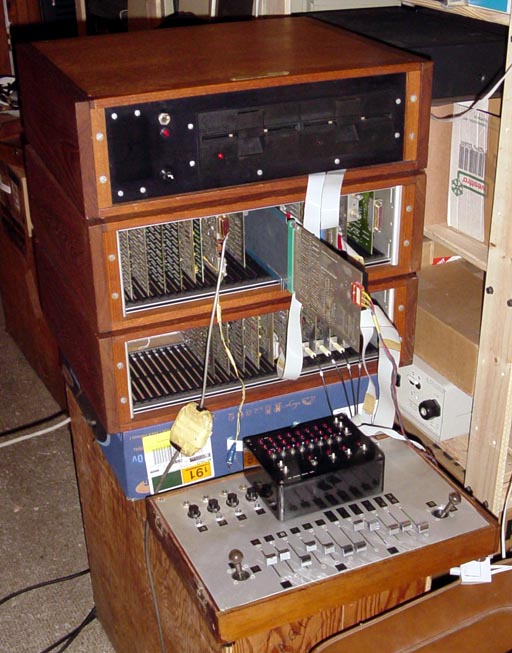 FM Receivers – How, Why and Where to

Every budding young DJ has visions of grandeur, exposing their talents to millions of listeners throughout the globe.  Strangely enough older technology did lend itself easier to this pre-Shoutcast boom if one had the cash to purchase a high powered AM transmitter. The quality of sound would have been pretty awful though and the weird beards would scratch your eyeballs out because of the inefficiencies in this technology.

FM Radio could well be the cheapest way if it had the range. A good quality rig could be had for about R10 000 but then we only have line of sight reception so now we need to be looking at investing in repeaters. Streaming and Shoutcast has made international reach well possible but those interested need to know the hidden costs. It doesn’t come cheap!

FM transmission is nothing new. FM does not suffer from static interference because any amplitude distortion is removed at the receiving end. (using limiter circuits and dbx). Or at least that’s the theory. Because of the higher frequencies we have a wider bandwidth available for audio which although acceptable is certainly not high quality. FM transmissions carrying audio needs the signal to be pre-emphasised, that being to boost the high frequencies before radiation and then de-emphasised at the receiver.  The more modern stereo broadcasts consist of left and right audio channels modulating a 38kHz double sideband suppressed carrier.  (DSB-SC). This 38kHz frequency is regenerated in the receiver. A 19kHz pilot tone (1/2 the 38kHz) in the transmission is used to define and correct phase shifting at the receiver.  Like the NTSC television standards where colour should not create problems on monochrome receivers (or PAL for that matter), mono FM receivers would not be affected by stereo broadcasts.

Much has been said about the SABC COO Hlaudi Motsoeneng’s decision to air 90% South African content, much like the blanket ban the National Party had on the airwaves upto 1994.  I was fortunate enough to travel overseas through the 80s and my God were we oppressed.  Who could forget the best station in the world, rock nogal, WPLJ in New York. In South Africa the closest thing we had to a good radio station was LM Radio (Lourence Marques, now Maputo), which yep, you have it, wasn’t South African but in Mozambique.  LM Radio then became Radio 5, then 5FM.  Although claiming to be the best, it’s still a far cry from some of the USA’s stations.

The question as to whether 90% local content has improved anything is up to the believer – I am of the opinion that it’s total madness. Does anyone know how much revenue a rock n roll station in this country would generate?  And isn’t this what it’s all about. Watch driver and passenger faces when Ryan o’ Connor of KFM fame in Cape Town plays naughty and spins a U2 track. How often do we hear U2 these days? Nada. Good for the soul?  But enough about the music and the stations, why FM?

But why the interest in FM in any event?

Most folk starting out in the electronics field will be interested in building their own transmitter at some stage to understand the basics and beyond. FM transmitter kits are abundant and give us a better insight into the different stages used.  Although most are mono there are stereo kits available.  Most home built kits are prone to frequency drift. The big people’s kit will have PLL correction and virtually no drift. And yes, FM has another use as well, in music synthesisers. Hetrodying is a common term used by radio people where two signals at different frequencies are mixed to get an intermediate frequency. This is also commonly used in synthesisers which is where we are headed.

A relatively new concept in terms of evolution in radio circles, this circuit comes in many forms. The simple explanation is that of a variable frequency oscillator  (usually a VCO or voltage controlled oscillator) which has it’s output phase compared to that of a reference oscillator in a phase shift detection circuit.  Any shifts in phase results in a low frequency or DC output which is then applied to the VCO causing minute changes to oscillation frequency and locking the output to the input. The VCO output is usually frequency divided to have an output many times lower than the input and at the same frequency as the reference.  This means a small shift in phase has a much finer control over the VCO output.

Many years back all AM transmitters were crystal controlled which amounted to the user having to switch between crystals to change frequency. The PLL circuit allows for synthesising, a much more practical and cheaper solution. Here the PLL could be made to change an entire band e.g. 4MHz to 8MHz and allow for incremental steps, accurate to a few Hertz. The PLL circuit makes FM at it’s higher VHF range of frequencies 88MHz to 108MHz more accurate and stable. The output frequencies could be read off through a frequency counter.

Frequency modulation does not only have it’s merits in RF work. The Synclavier Digital Synthesiser was a very interesting piece of work and used FM synthesis to generate distinctive sounds. More about this later.

[…] were mounted in temperature controlled ovens to reduce drift. These oscillators were often used in PLL circuits as the reference […] 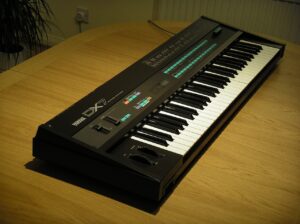 The ADSR Plot ADSR is not unique to music synthesis, we have it in limiting and compression circuits, VOX (voice...