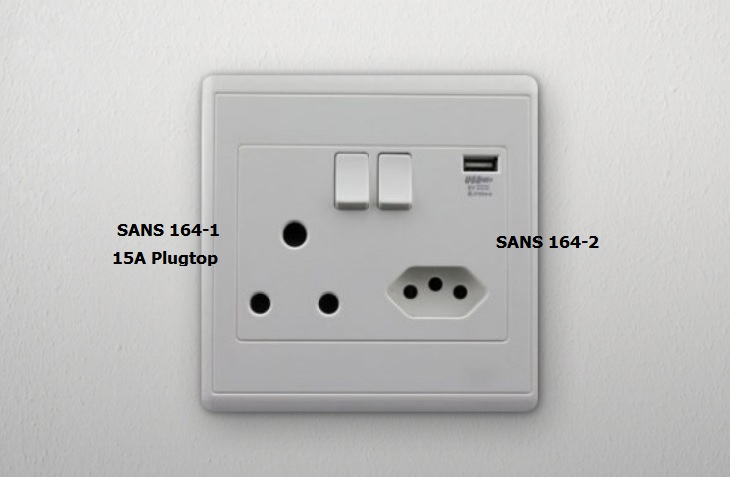 Most people in South Africa may not be aware of the new 220~240V mains receptacles which came onto the market in 2015. With so many different standards used world-wide it’s interesting to note that this specific “style” or “form” is supposedly not only the safest in the world but is presumably the newest. “We don’t know because we don’t care” is a motto that seems to be that of most manufacturers opposed to the new IEC standard which means  (for them) more costs involved in shipping different plug types world wide.

The new standard, known as the SANS 164-2 is nothing really unique. Indeed it’s not unique either that the IEC could never adapt every country in Europe to a common standard either, like a nationality’s flag.

As I see it, a common problem with our 240V mains plug system is that in the use of the “male” the top can come off exposing the live connection. The other is of course more common, the exposed trio of contacts, Live, Neutral and Earth just waiting for little fingers or in a tight fit connection, an uninsulated knife or screwdriver to pry the plug from the socket.

SANS protocol is that all electrical machinery is required by law to have our mains connector (plug) shipped with the device.  If not they do give the store or supplier a conformance notice which prohibits the sale of such goods until the devices are supplied with the correct mains plug, either three pin or two pin.

It’s disappointing that there are so many different standards because ironically this should be and is a government conformance measure – one would think that with either 110V or 220V there would be a) two different plug types to prevent incorrect voltage connection b) internally fused to be in line with wattage of the appliance c) correct pin offset to prevent Neutral and Live from being swapped c) waterproof and sealed d) loose plugs carry waterproof gasket e) the Live has a male/female part to it (meaning the live outer casing does not make contact) and of course f), the favourite – the socket having a safety cover.

Also, remember that if the socket is fused that is fine but it does not prevent a fire. A 15A fused socket powering a 100W device (say 0.5 A ~ 1A) which is not fused is inviting trouble. Homeowner’s should be aware of the risk here!

Dangerous appliances – does your toaster conform (or electrical blow heater)?

There are two very dangerous appliances in every home, one being the toaster which has mains live wiring accessible to any probing hand and the other, the washing machine. Yes, there are others but let’s stick to the toaster.  There are ways to make the domestic toaster much safer than what it is – starting with preventing the element wire from being immediately accessible by tiny hands. The Panasonic NB-G110P is a case in point. Nothing as glaringly sophisticated but still using infra-red.  Possibly a bit cheaper then, yes?

I believe the common and garden cell phone charger is a huge fire hazard, especially when plugged into bedroom sockets which are usually well hidden behind a fire waiting to happen curtain. I’d go the route of never putting a socket in a place where there could be a fire. Ditto downlighting, high wattage transformers, lamps and how is the cable? Down lighting should never be fitted by a carpenter, likewise don’t ask your electrician to build you a rocking chair. (actually I know of one that can).

I’m all for technology changes but let’s keep the safety standards consistent and the rules that govern this consistency be of an international standard. Every man for himself is sometimes just plain stupid. 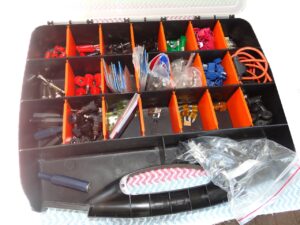