Kwaito – a little bit of African this and that, Johannesburg Style

South African music can be copycat, blend or township which strictly speaking should be South Africa’s own but is never.  Kwaito is referred to as house music with an African flavour, popularity booming in the 90s (yes, yes, especially since the Magic Madiba stepped into His Governor’s Shoes).

I am not a rap lover although admittedly I am fond of Eminem, Beyonce and Nicki Minaj. Possibly a bit of Kanye West, Dre and JayZee.  I have been to both the UK and USA and although as a teen I loved Brit pop culture it was only a visit to New Orleans that changed my habits.  And no, I am not biased, Aussie music, Dutch Golden Earing and the Germans ja! The Scorpions are all in my rack. I DJ’d early in the 80s as a hobby, hated the monotony of playing the same stuff every night except if it was my personal favourite. I doubt much of my personal favourites really hit the floor except Radar Love.

Music may be different from all over the world  but is never. Music, audio, sound and the equipment affiliated to the blends is of great interest, this includes the grand mastering of any good album. Dark Side of the Moon? One of my personal best.

Fogerty, Dylan, Young,  Crosby, Stills and Nash, Springsteen and one of the greatest, Grand Funk Railroad adorn my shelves with Deep Purple, Black Sabbath, The Who and Led Zeppelin. These groups forged my mind when I was young. As one gets older the passion still exists but the fire breathes colder, Sia, Lady Gaga and Rihanna have also made it there and of course a duplication, the video of Rodriguez, Searching for Sugarman – testament to the addiction of his music on South African fans.

I won’t forget Richard Branson’s book, “Losing my Virginity” either, where maybe I lost my own viriginity but it did throw some very interesting titbits on British music in the early 70s. Who can forget the Sex Pistols and Mike Oldfield?

In South Africa we had Hawk,  McCulley Workshop, Mango Groove, Miriam Makeba (deceased), Hugh Masekela, Yvonne Chaka Chaka and the highly controversial Brenda Fassie. Springbok Nude Girls and Arno Carstens, Just Jinjer and who can forget Four Jacks and  Jill?  There’s plenty others of course but as the all rounder who kicked arse we had the grand dad of them all, Johnny Clegg of Juluka and Savuka fame, the original Le Zoulou Blanc. Clegg remains one of my personal favourites and most probably many others.  Indeed I’d put him up with Hugh Masekela and Miriam Makeba as all time greats.  In the 80s we had Concert in the Park, 12th January 1985 at Ellis Park to be precise.

Concert in the Park is actually an epic event for this country where 125 000 people of mixed races got together and partied to a huge genre of music.  Steve Kekana was my favourite act, “Raising my Family”.  And to the South African Pop Idol fans, don’t be too surprised to note that Mara Louw was there as well with “Motla le Pula”. Remember the girl on Idols who asked her what she knew about singing?  And there you have it and bloody marvellous as well.

Most money tied into big bands once they see popularity seems to do a disappearing act. Musicians in South Africa are as a whole badly paid I think but yet amongst some of the absolute crap that floats around I see fancy cars and houses. Music piracy is a big thing in these parts. Big names just don’t get mentioned as easily or as frequently as those of overseas artists. And our musicians are just as good or better.   Rabitt was our first international flirt with stardom overseas and no doubt they made a pretty penny but Trevor Rabin whom is amongst the world’s best only recently stepped into the Rock n Roll’s Hall of Fame (as a member of Yes, ‘nogal’).

To move on to 2017 two of my personal favourites are in the spotlight, The Parlotones and of course, Prime Circle. The question I ask myself is, am I being arrogant as a non-musician, non-professional to single out these two bands as being the two that occupy the most space on the news for South African acts when we have such a huge pool of talent? I certainly hope not.

The Parlotones are one very special act. I have seen them live a few times and offstage they are just the “guys in the band”. No airs and graces, just special people.  They make space for everybody, they joke and they don’t mind been photographed either.  And with your camera.

They have a distinctive albeit controversial style, Indie, or alternative rock or whatever, a distinctive and unique vocalist in Kahn Morbee – a very difficult act to follow which puts them in a class of their own and of course, up there with the best, no matter to which audience or where.

The Parlotones have long been criticised for being too commercial, horse and pony show, a marketing machine. Good for them then. Because if anybody knows just how tough it is out there should try it sometime. And please just have the talent.

Which reminds me, I need to get another T-shirt.  Saw them last at Paul Cluver, Elgin, 2015.

To finish off, we have “I’ll be there”.  Please support this great band!

Next up:  Prime Circle

From the mining town of Witbank,  this top South African band I’d rate as one of the world’s best.  They were a support act for Pennsylvanian  group “Live” then lead by Ed Kowalczyk a few years back (I saw them at the Bellville Velodrome) and were an instant smash hit with the audience.  Strangely enough some of the team I was with was actually there for them and not the main act.

Although very popular with local audience the power and charisma of this band has locked them solidly into the German and Euro musical culture where they are fast becoming the main act in very big events. Much of this can be read on the net so no use duplicating what is said and done suffice to say that this a group which well deserves the praise and recognition of being one of our top bands.  Again, please support this band!

“She always gets what she wants”, can we say more:

and one of my personal favourites, “Breathing”, just in case you think they sound like Nickleback:

Ummm, next up, the famous Keyboard Magazine interview with Manfred Mann, the Mighty Quin (the Eskimo)

The group Live has not come to our shores in a while and it’s indeed a great privilege to have them back again.  Grand West Arena 7th November 2017.

Interesting Take AL. Take a step back to the first series of The Voice SA and the finalists where I single out Richard Stirton. Now here is a catch if the marketing machine can do their job right first time. In SA this is exactly the problem – I do believe if we want to be a success overseas we need to do this right. And first time. There are no second chances in the international music scene. We don’t, at least 80% of the time we don’t. It scares me. Your two selected are typical examples of artists getting the blend right for international popularity. I don’t care about the USA and their mainstream “culture” currently – I care about the here and now. Think of the revenue streams generated by a group like ABBA, I believe for Sweden’s GDP then higher than Volvo in the 70s. In South Africa our biggest obstacle is ourselves, government support in the wrong areas, pushing our huge pool of black talent into quarters which are atypically local – we need this out of the comfort zone and pushed to the limits. Trevor Rabin is a typical example of someone who made it big (massive teen support and underwear throwing under Rabitt) but had to work hard to get there. Yet our modern pop culture, the teens to mid twenties, wouldn’t even know who he is. If the SABC could just be a bit more intelligent in their approach, no, brazen, they could have been the marketing machine and made an absolute killing in doing it. No, we need a Gresham / Branson mix here. (For those that don’t remember or weren’t around in the 70’s David Gresham was the man and icon that made it happen in SA. Remember that we were fiercely conservative, as a population then, nothing like the total 180 degree swing we have now. Compare the talent export of Australia to ourselves. We’re no lesser. 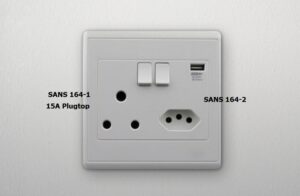 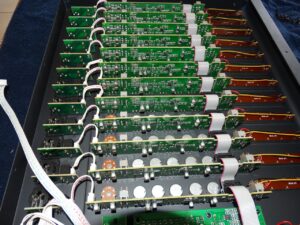 South African Music - our musicians, not really but nearly! Manfred Mann, rather then Manfred Sepse Lubowitz, was born in...

The DAC and digital sound - big quality at half the expense Coming from an analog website it may sound...