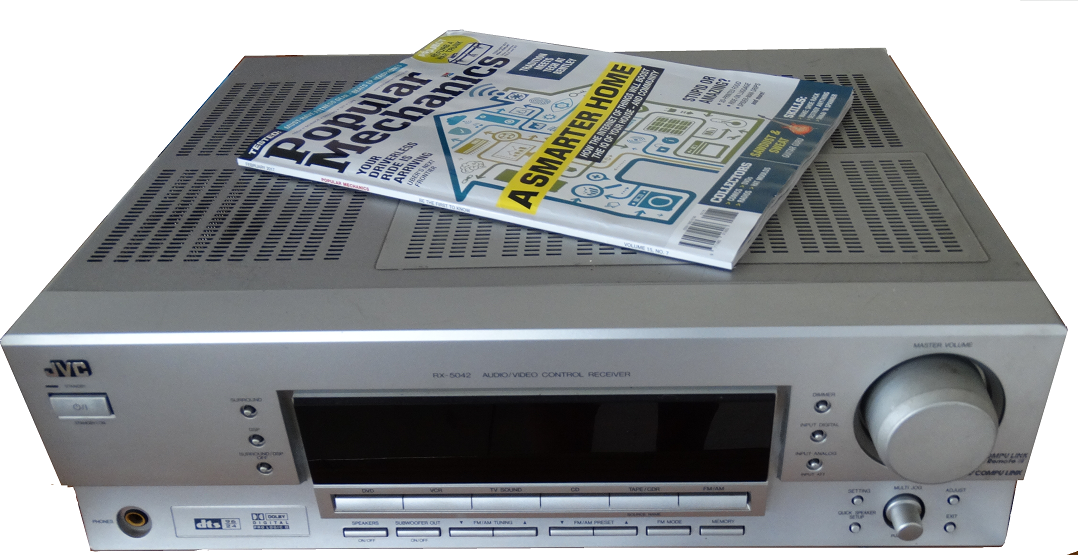 If ever I had to give an entry level home theatre amplifier 6 stars it would be the JVC RX5042.  Purchased in 2004 at the Hypermarket in Brackenfell for a mere R 1 600.00 I was expecting an amplifier from hell.  In fact, I did a little bit of research and on a forum and in German an owner said “Buy it!”. This was the only information I had so like a stupid boy blowing his pocket money I did just that. And was I surprised.

The RX5042 did not come with all the bells and whistles but it did have five shift rail power amplifiers rated at 100W into 8 Ohms. An entry level Yamaha at that stage cost R 5 000.00.  Home theatre is home theatre isn’t it, I thought. In fact the JVC was better than the Yamaha – in power that is.

Pink Floyd thundered into the night at full volume and after two six packs of Amstels. It ran hot, mightily hot into 6 Ohms.  It did not fall over, cry or blow off steam. This year I replaced it with another entry level amplifier, a Harmon Kardon. It has nowhere near the power nor the fidelity but it does have HDMI and Bluetooth.

This poses the question. Should one replace their amplifier because it doesn’t have HDMI capability?  Hell, no! Should you buy the 2017 Mercedes now that you have the 2015 Mercedes. Hell, no.

The big problem as I see it is for the corporate machine to continue rolling out new products to keep their sales up. We need to add more technology to make it more attractive. Ditto Mercedes. Ditto clothing, food, hygiene and cosmetics. The JVC was plonked into an entry level market at a sub entry level price. Think cheap. Think nasty. It’s none of those. It seriously whacked the competition in many ways except for the damned inputs.

The amplifier is heavier than a lot of the modern entry level stuff which puts even the power transformer into a different league.  But no, be careful here – this is not a 500W machine.  On the safe side I would say the transformer is at most 200VA.

Digital Signal Processing – how to mess up the analog signal

The problem I find with home theatre is that the preamplifier and DSP circuits should not be designed by a kid with braces. I don’t like the DSP on most of these amplifiers, even some of the more expensive models. The JVC is no different. Actually, why would anyone want to reproduce a movie to sound like that coming from a tin can. We do need Dolby Digital though. Of course.

The JVC doesn’t come without problems of course. The gurus will shout out that the loudspeaker terminals are disgraceful, which they are.  Sometimes the optical loses sync. Sometimes there is no output at all. Sometimes it’s all user intervention and troublesome fingers. Mostly the JVC is mediocre input wise but all the analogs work.  So what to do, what to do?

We won’t touch the DSP, we won’t even touch the audio circuits. We will add circuits though. We will add an RIAA preamplifier for vinyl, MC and MM. We will add a Baxandall tone circuit for the front left and right channels.  We will even bypass the preamplification and digital stages. We want analog. We will mute the other channels. We will equalise and have drive for a sub, just in case you want it. And of course this will all be driven off a remote control. I like my amplifiers simple and easy.

Next phase:  Getting to grips with the technology of 2004

(Editor’s note:-  these receivers get very good reviews based on price and in comparison to similar models of other brands. A common problem was the setup through remote and switching between analog and digital although there is an auto switch.  JVC was never known for building high quality audio equipment, their niche supposedly being in TV and of course the ever famous JVC VHS video recorder. The reality is that they largely make very good audio amplifiers. JVC is in many ways compared to Sony.  In our own tests the JVC outperformed power wise any models in a similar price range. Without blowing or tripping/fusing the thermal link to the mains transformer. In stereo mode, well over 130W RMS per channel. These amplifiers plus big brothers, the 6042 and 7042 can be picked up for under R 1 000.00 in the RSA. If you don’t have the wallet for the more expensive gear, try these models. You may be pleased at the results 🙂   ) 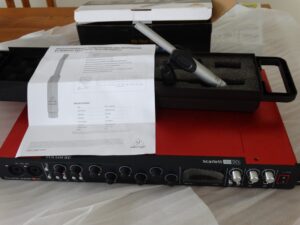 The Sony vintage TA-F444ESX - protector and regulator failure As a follow up to our previous article on speaker protection...

Class G and H Audio Amplifiers One design that has been out for eons and still catches us off guard...

The preamplifiers First of all, the build so far: [caption id="attachment_867" align="alignnone" width="576"] Sony KM7 rear surround amplifier used as...

Mixing loud music with a light show Pink Floyd and Electric Light Orchestra, music enhanced by the control of light....