The difference between JIMC and the Compact Linear Collider Test Facility

*Having ordered some decals and buttons for two Technics turntables from KAB in the USA (https://www.kabusa.com/) some near three months back I am disappointed to find out that to date I still don’t even have a conversion number for the USPS number to track the parcel.

After numerous calls to the Johannesburg International Mailing Center of which none were answered, numerous emails, of which two were replied to and now, subsequently directly to the postal service where a lady replied to 2 of the 3 emails, I am none the wiser. Yes folks, it takes three months to still not know where my parcel is except it left the USA on the 4th November. Is this really possible?

An owner of a large ecommerce company said that absolutely nothing had changed in this respect – the postal services remained just plain useless. This saddens me. We were all expecting a massive turnaround after Mark Barnes with a well proven track record took over. And South Africans world over rely on this service.

Government even complained to us through the news media that ecomm in South Africa was behind the times, we needed to re-invent, to change, make things better, make it South African, a first, breath-taking technology, hellfire and brimstone.  But sadly it is not to be because the postal service which would be or at least should be the backbone to this industry just cannot play ball.

Near three months and still no sign of even a delivery date but we have space vessels already having landed on Mars. Wicked, absolutely wicked.

There are thousands of people living in the RSA whom import at the mercy of the postal services. We need to change this.

*Update: 2nd Feb 2017 – my LT-1200 has finally arrived from KABUSA. Received a final collection notice on the 1st. Don’t know about the other two but yes, all ready for fitting and playing. 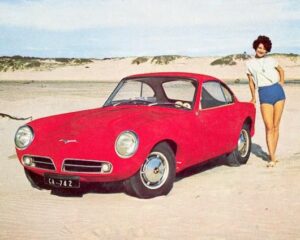