Here we look at two things:

The conundrum of audio, the one that all audiophiles abhor, Class D.  There are many beliefs behind this one of course, one being chiefly that Class D is digital because the output devices are running in one of two states, on or off, 1 or 0.

The theory is not so simple however.  1s and 0s are binary which is not only fundamental to all computer languages but is set at a reference predefined voltage e.g. 5V and frequency (clock).  The class D amplifier utilises sampling, modulation and switching as a basis of operation. The switched output before filtering will show pulses of varying mark space ratios – the 1:1 or equal ratio has no audible output.

One thing that always struck me as distinctly odd was how the marketing machine would advertise a specific brand of car audio as digital or switching amplifiers. This can be seen on the Hi-Fi scene as well as in Pro-audio.  The car audio amplifiers used switched mode power supplies with class AB audio, the rest, well digital amplifiers known to us as class D.  A throw-around of quick catching and nice sounding phrases which never described the equipment adequately.  An amplifier with a DSP component could be called a digital amplifier I suppose but it doesn’t fully describe the amplification technique does it. DSP can be added to the input of an audio amplifier running class A and then be called digital. Class D however is not digital, sorry. It’s a switching amplifier. Period.

Along with rail shifting amplifiers with all their glorious classes, the fantastic class T switching amp, digital or switching class D the public must by now be thoroughly confused. I think even professional designers must be confused as hell – as soon as one class becomes relevant another one takes shape. Years back we had class AB1, 2 etc.  Class C was for RF (yep, Morse code was one use) and the top end amplifiers were supposedly all class A.  In fact, us, the general user should only know three things – does the output stage amplify the entire signal (class A), are the positive and negative excursions driven separately with minimum distortion (class AB)  or does the output contain varying mark space pulses (class D).  Over the last fifty years all three have been in use and still retain the same definition. Whether the amplifier uses +150V at high power or only +50V below 20W is really irrelevant. Whether it amplifies the entire signal or only part of it on purpose by design is relevant.

Can we hear the difference between the classes?

Many people can hear things I cannot.  We have listening tests to prove or disprove which amplifiers are best. Theoretically the best audio amplifier should be the Class A beast. Heavy in power supply and cooling (as it is the least efficient), very expensive, it amplifies the entire input signal as it should – in absolute mirror but for amplitude. The pedantic will cry for no phase shift either.

Truth be told Class A amplifiers do have a good reputation but usually when built by reputed companies or if self built, there is no expense spared for power supply and cooling.

Class AB amplifiers – we call them AB because in pure B we would have switching distortion which sounds horrific so a little bias is applied to the output stage to push them into their linear region (ahhh, slowly going back to class A).  Class AB can sound just as good as A if designed properly but there is always that niggling suspicion that we have that damned crossover distortion and the output stage is not linear. But over a few watts of drive into the speaker they do come into their own.

Class D. Try as I might I always think, believe, hear whatever that AB has better reproduction at the high frequencies. Having said then we need to be looking at class A, possibly bi-amped.

And what does my 40 years of experience tell me? Build your own. Play around a bit. Have fun. That’s how the best engineers started.  Your home built amplifier will always sound best.

One of the best designs (although I never used the commercial PCB but regret it now – this will come next though) was Rod Elliott’s 60-100W project:  http://sound.whsites.net/project03.htm.  I used a NAD pre-amp (1020A) to drive these modules.  OK, so I never used a PCB and yes, I only built these because I was interested to get back into electronics as a hobby – I was really very, very impressed.  The noiseless monster. In the late 70s I built a kit which used an MJ802 and 4502 which knocked the socks off the competition – well this one was better. I really think where this project stood out was that it was better than the 3020A (remember that the 1020A is a 3020A without the power amplifier).  I always thought that the 3020A sounded too flat.

Going to purchase the project PCBs at the end of the month. (31st January 2017). Let me know whether you need so we can consolidate costs.  webmaster at analogian dot co dot za 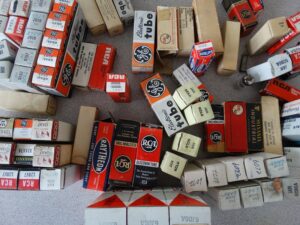