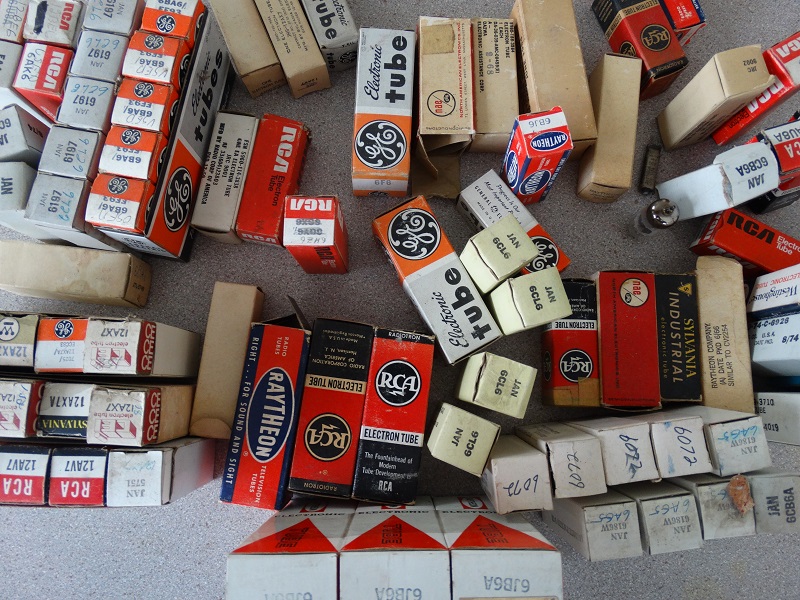 Take your pick, tube or valve? All irrelevant – ones Americanism (tube) and the other English as in UK (valve). We have a plate (American) and anode (South African and English). Cathodes are directly or indirectly heated (indirect = heater to cathode) which emits electrons which is attracted to the positively charged plate. Place a controlling electrode (grid) between this flow of electrons biased negative and you will be able to control the flow of electrons. Place the electrode close enough to the cathode and you will be able to with very little change in grid voltage change the flow of current by a large magnitude.

I studied radio valves ad nauseam doing our radio telecommunications course. In the 70s this was still mainstream – transistors just did not have the high power capabilities of transmission tubes. Tubes were also easier to understand than semiconductors – to a degree. Don’t be fooled by their simpleness. Radio engineers of old were very clever people. As this is not a science or electronics lesson I would like to cover what I felt was interesting about tubes – the part essential to us still using these beasts, my practical hands on experience will assist of course. 🙂

Besides for the high voltage DC and low voltage heater voltages tubes were remarkably resilient except for the diodes – big, cumbersome and had a tendency for the bottle exploding when you were twelve years old and working on a tube amp without parent supervision. In the palm of your hand you could be holding a 2kW device.  A great example of a modern day tube is one which is made from ceramic, the 4CX800A, a 800W device. It is 9cm long and 7cm wide. You could try the 3CX10000A7 which is only about 20cm high and 17cm in diameter but can dissipate up to 10kW.   These ceramic tubes were blast air cooled.  Oh yes, they can be used in audio amplifiers as well. The 10000A7 costs in the region of R40k per unit. With two of these you could be pushing a 30kW amplifier. The heaters would be drawing about 200A.

The interesting fact about the above is that with just 8 tubes you can make a 20 to 30kW audio amplifier which should be enough for some people’s ears. The driver for each tube would need to be in the region of 1kW. Hell, there are AM transmitters running at 500kW (even the SABC had them, the old short wave variety). For modulation you would be looking at 250kW audio amplifiers.

Whether triode, tetrode, pentode or power tetrode they all served a purpose. In radio receivers (and other devices) the tubes were designed to act as mixers as well which meant you would have part of the tube being an oscillator and part the mixing stage (i.e. your intermediate frequency would be difference between local oscillator and input frequency e.g. 15MHz input, 14.530MHz local oscillator with a 470kHz intermediate frequency or the more popular 455kHz. Ingenious to say the least. Much easier to amplify a 470kHz signal than 15MHz.  Think now of radar working at 10GHz and how difficult it must been for engineers to amplify any signal at that frequency without an I.F. amplifier.

Moving back to the last ten years we have found an abundance of audio gear coming back into the market place with tubes or more probably hybrid systems which use the best of both worlds – tubes and transistors. Enthusiasts roll their tubes, changing or swapping out with other makes and types to get the result they find pleasing to their ears.  This is an expensive exercise of course. Musicians specifically find the best mix and stick to that.

The one problem with all tube audio amplifiers is the need for audio output transformers – this matches the high impedance load to a loudspeaker load. Besides being very quirky to manufacture one needs to understand that there are high voltages on these devices. They are also very expensive. Solid state just does not need them because they are already fit for low impedance drive.

A question often asked is whether to have a tube preamp and  SS output stage or SS preamplifier with tube output stage.  I get very convoluted answers to these questions – what is relevant though is that it is believed to be the audio output transformer adding to the magical tube sound. This puts paid to having the output stage being SS or purchasing a tube preamp. Huh – nah, each to his own. My own experience though is that listening to a tube amplifier with headphones (Sennheiser monitor) which is connected through the output transformer and then having a tube preamp through SS output stage into the same set of headphones (with headphones connected to SS power amp and not tube preamp :-), the sound was virtually the same.

Tube preamplifiers with SS or tube power amplifiers, often the single ended output stage EL84 or 34 are often used to drive the high range speakers in a bi-amped system. SS to the bass driver. For me, that’s the match in heaven. 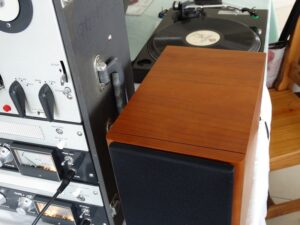 Hybrid Amps: Some more circuits Using the first article to get our creative juices flowing I found some more well...