The Arduino – changing the perspective of electronic thinking!

For any fifty something whom studied electronics sometime in the 70s there’s going to be a big gray area in their knowledge of digital circuits unless they studied further in the 80s and 90s.  The analogue mindset still remains and as many technical gurus have lamented, their time came when the micro took front seat. I am just such a guy. 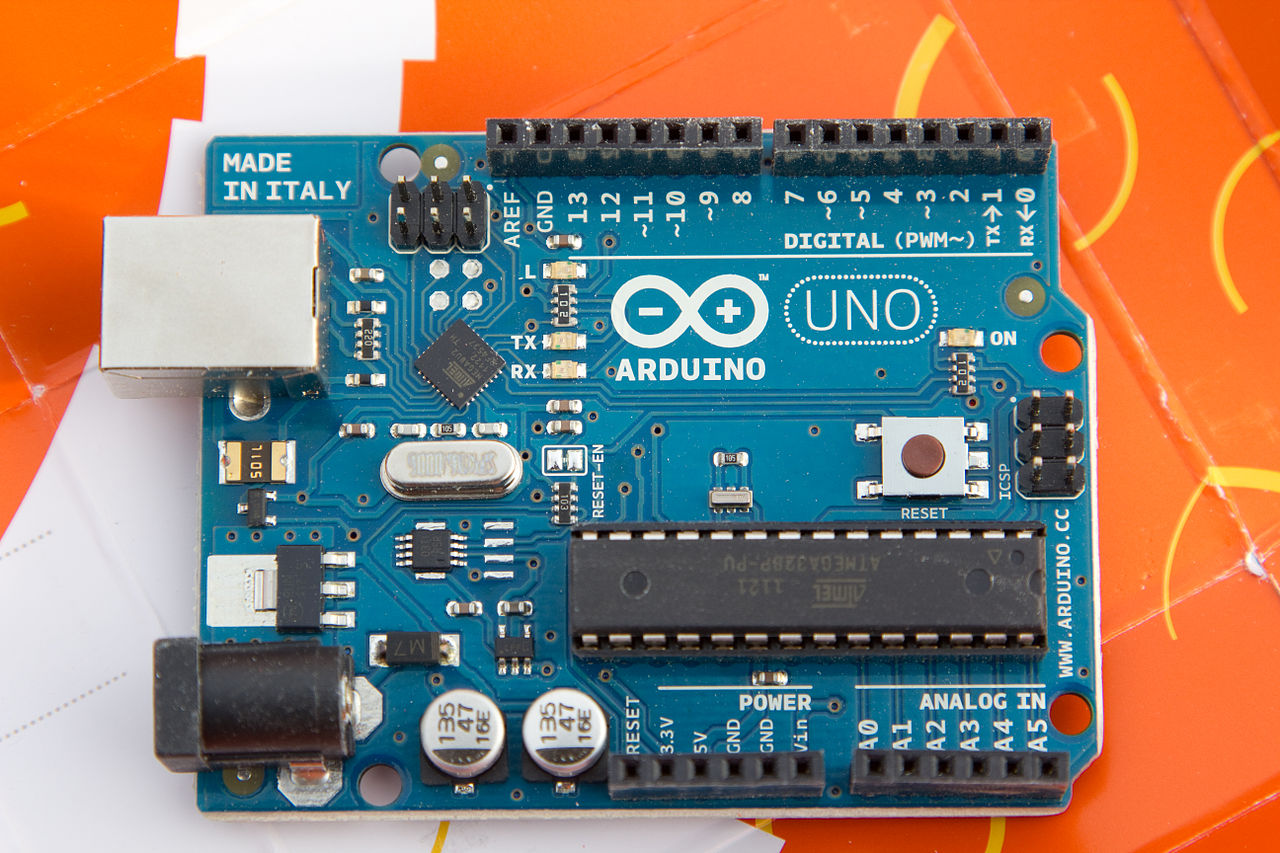 The problem is that in the 70s we knew all about microcontrollers and processors but we really just did not understand it.  This was not something you just bought off the shelf like nowadays – they were expensive and what did you do with it anyway. The switch-over was very hard for the diehards brought into the world surrounded by the cheery glow of heater filaments and tagboard soldering.

For those who live for their daily electronics fix it was not that long ago where one could pop down to their local electronics store and buy a myriad and one items to build audio and R.F. amplifiers,  superhet receivers, test equipment and multivibrator cicuits. Almost overnight circuits started using surface mount components, switched mode power supplies and digital components to control every voltage, current and resistance known to man. No longer were schematics that readable – what pin did what was a mystery.

Television receivers started giving strange fault symptoms caused by irrelevant circuitry. No longer did we have a horizontal line going across the screen when the vertical amplifier failed but the screen went blank. Technical types resorted to a new set of rules to determine the problem. Many technical staff were laid off as components became more reliable. Efficiency and cooling became a big factor. Most electronics became throwaway and then there was the mass migration to computer hardware. Most electronic buffs hated computer hardware because of their inability to change. Those that embraced it made good money in the 90s and early 2000s.  As computers started becoming more reliable we see electronics graduates that program, use CAD and copycat circuits from TI. Electronics by and large remains a mystery to many and the layman is forgiven for showing no interest in this either as a hobby or professionally.  In many cases it’s no longer productive to build something which can be purchased ready built for half the price. But in came the Messiah.

As electronics has evolved from discrete components to analogue and digital ICs home prototyping became difficult.   Although this took place more than thirty years back it was only a decade ago that Massimo Banzi, David Cuartielles, Tom Igoe, Gianluca Martino, and David Mellis started work on this project – named after a bar in Ivrea, that after Arduin of Ivrea. Wikipedia. The target user was the non-engineer whom wanted to experiment with digital circuits. Through the last 10 years or so hundreds of thousands of Arduinos  (and other flavours) have been manufactured.  The design is strictly open source. Although open source the original design engineers insisted that trademark protection existed on the name and there have been numerous disputes over this.

An interesting aspect to the rise in popularity of this open source project is that of the many old school electronics hobbyists and retired professionals whom have taken up the hobby again, this time marrying analog to digital and creating circuits which just a few years was unthinkable without either breaking the bank or having a doctorate in electronic engineering.

Many of the current Arduino circuits have been designed and engineered by people in their 70s and 80s. There is again a community spirit associated to clubs and societies like the ARRL.  We now have the Raspberry Pi, the Edison, the NUC, the Compute Stick and the Beaglebone. All slightly different, some completely different but all throwing a new light on the electronics industry.