How to become lazy by doing things!

Loading the latest piece of freeware that looks like AutoCAD but isn’t I was enthralled by the complexity, the genius of the software engineers and the ease of use. Much, much later I realised with dismay that we had friends coming around for dinner. Why is it we always friends around for dinner when I am testing out new software? Interestingly enough I am not a design engineer but this software had me enthralled. One month later it still had me wrapped around it’s finger of bits and bytes.

In that month I could have built a bird cage, rebuilt my old Ford engine, gone to the movies, reconnected with old friends and even re-landscaped my garden. I didn’t though because I was stuck behind the screen, as my brother calls it, in “Crouching Tiger, Hidden Dragon” mode.  Computers are interesting that way, they make us damned lazy. Unless you are using your computer to make money like many do most of us are captivated by the ease of use,  games and other novelties. We use it to “Google” and “Wiki”, we use it to paint, draw and write. We use it to communicate and write blogs, post pictures and troll. All of this at a price.

A computer is a very useful tool in the right hands. It was designed for the user to capture and manipulate data, it was designed to be a tool. Now we have become the tool. We communicate less effectively, we no longer write and we certainly don’t feel the urge to do something constructively once we sit down to jot our memoirs on Facebook. In short we have become freakin’ lazy.  Instead of using time at work constructively, as one is paid to do, we What’sApp friends and family. We “Google” for easy fixes – as if the page will jump out and fix the kettle. There are three things a person needs to know about your common and garden kettle – it has an on/off switch, it heats water and it will make a noise when the water boils or switch off automatically. How many people “Google” for a rapid fire response when their kettle fails. I do! Most probably so do you.

I recently watched a technical video on how to strip and repair an automatic gearbox. I learnt a lot and now when we talk gearboxes I can with absolute authority maintain my own in any conversation. How many people out there are like that?  Those same people have never wielded a spanner nor know the difference between metric and imperial. If ever there is an industry which has been most hard hit by the internet it must be the IT industry. There are now so many computer technicians floating around I wonder often whom is growing the beans? With a few key-strokes and a click of a button we find out which university degrees are hardest to get, read up a little and then become experts.

A few years back I needed some forms to be printed. The lady doing the job dropped the completed forms off and told me with a voice of authority that I need to check my grammar in future. I felt my stomach drop through my butt. She used spell and grammatical usage with what Word had decided and used that instead. One thousand forms written in Computer English.  How many times does one read of the word “loose” being used instead of “lose” and the other favourite, “witch”. Writing a blog now has become rather simple nowadays because most people reading the content will only read one paragraph. I do this with emails, skip over most of the content and think I have enough information to generate an accurate reply.

One wonders how much the use of a computer, the switching on of a TV receiver or the playing of games on a tablet has lead to diabetes and heart disease?  We sit behind a computer these days and do things. That’s what I do. Each and every day. I thought I was the only one until I looked across the sales floor.

I envy those that fix automatic gearboxes and landscape gardens.

“Progress isn’t made by early risers. It’s made by lazy men trying to find easier ways to do something.” sci-fi author Robert Heinlein 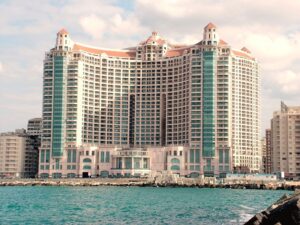 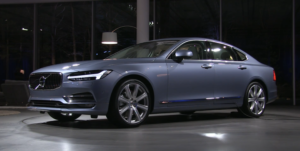