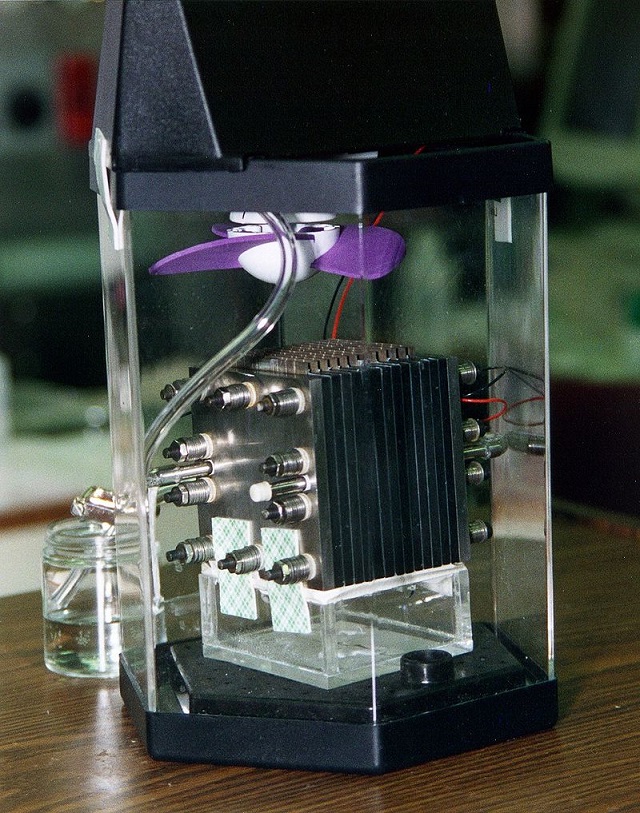 Through the years there has been huge progress in the manufacture of lightweight high density batteries. Much of modern day tech is around the Li-ion or Lithium Ion battery with Sony being the first company to commercialise rechargeable Li-ion batteries. Sony was also the first company to have a mass recall on their batteries in 2006 when through impurities in the manufacture process the cells were sometimes rapidly discharged (internal short) causing thermal runaway, venting and rapid disassembly.  During a rapid discharge or short circuit the older Li-ion cells which use Cobalt cathodes become unstable (> 150 deg C) causing the cell to ignite and vent flame. Newer cells use Manganese instead of Cobalt, can hold a much stronger discharge flow and is stable up to about 250 degrees Celsius. These higher discharge currents therefore makes the battery more suitable and safer for cordless drilling machines which place huge stress on the battery when very high torque is required or there is lock up.

Lithium for rechargeable batteries from seawater

Whilst Lithium Ion cells have given most manufacturers headaches in trying to attain the highest density and/or power to weight ratio, the Li-Ion cell has now also proven to be very safe and reliable. They, however, are costly. A common misconception is also that Lithium, atomic number 3 on our periodic table is very scarce. Lithium is a soft white metal, easily dissolved in seawater, which makes this in actual fact fairly abundant. Scientists predict that this is key to getting the numbers up, in one case the South Korean government and steel giant POSCO are already in the process of extracting Lithium from seawater. Although this process is very costly, Korean technology is regarded as being the best in respect to efficiency at extraction, a fact not lost in the battery making industry where it is believed that are racing to dominate the market.

So is Li-ion really the be all and end all of our latest battery technology? Ni-Cd was around for years, Ni-MH was a step up, Lead-Acid has been around for 150 years and the NIFE cell still has a huge following.

Both NiCd and NiMH have a mature market and are used where reliability and lower cost makes them more attractive in certain market sectors, the video camera being just one of them.  In many cases the rechargeable Alkaline cell is all that is required and suffices for kid’s toys and in lower current equipment, for example a wireless keyboard and mouse setup. The rechargeable Alkaline cell has a very low self discharge rate.

The lead-acid cell is the most common battery in use today where weight is not of concern such as in car and general auto electrics and certain electric vehicles. Handling high discharge currents for short periods of time, as in engine cranking, they are prone to damage through lengthy discharge periods and high current charging. Although versatile, lead-acid cells are not ideal in situations which require reliability for mission critical equipment. The lead acid cell also vents hydrogen gas which in itself makes it unsuitable in many situations. Gel batteries in many instances have become more popular than the flooded cell type.

With more and more houses now been equipped with solar panels the most popular form of storage has become the deep cycle lead acid battery. The question that arises is often, what has happened to the NIFE cell? Indeed, this is a good question because NIFE cells carry a bad rap.

The NIFE cell, also known as the Edison cell is to our mind very underated and besides all the plausible arguments against using nickel or potassium hydroxide, NIFE remains a firm favourite of many die-hards because they have proved to be reliable and very robust and will therefore stand the test of time. Possibly the hardiest of the bunch. To get more information go to the Edison Nickel Iron Battery website. NIFE cells may not be used in lightweight drones but for solar energy storage may be the answer.

The problem with battery manufacture is not just in the cell technology and R&D; manufacture may be a very expensive process but are we really on the right path?  Should we not be looking at another way to get energy, not just through solar, charging circuits, storage units and inverters.

Rechargeable batteries should last the lifetime of the equipment. We believe NIFE fulfills this criteria for solar charging systems. The next step is Polymer Exchange Membrane Fuel Cells (PEMFC). [part two] 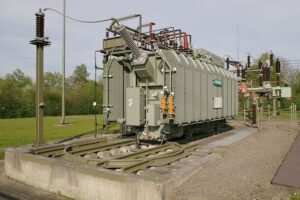 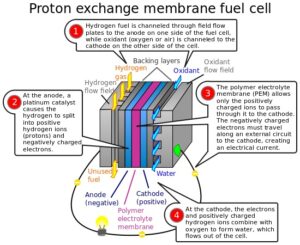