There has always been a fascination about steam engines. Kids had them, adults dreamed about them, engineers built them and scientists re-invented them. In some countries they are still indispensable in the transport process. Nintendo may have pushed the steam engine off the popularity charts but the fact is, all kids still want one. Table top steam propulsion units are no longer popular, costs and dangers associated to these ‘toys’ have made parents wary, causing the popularity of PlayStations and X-Boxes to spike. Although a child’s imagination can run wild with a PlayStation it is no substitute for a steam engine or electric motor and batteries.

After more than a century of steam propulsion we come to the point in our lives where we do see them dying out – or are they? Steam is still used to drive turbines, electricity generation being one of the most popular. External combustion engines such as in the reciprocating steam locomotive require both heat and water, the Diesel, only fuel. The trade-off is much lower torque at low RPM compared to the external combustion’s massive torque at very low RPM. This makes steam totally indispensable under certain conditions.  High pressure turbines work at very high speeds and are relatively efficient, some putting it at 40% compared to the petrol (gas) IC engines 25%. Emissions of steam engines are also lower than the petrol engine for a given power. This is driving expert thinking into backing steam technology in the 21st century but it is not without huge criticism.

Waste heat is by typical example that of the high temperature exhaust gases from an internal combustion engine which are released into the atmosphere, high temperature furnaces and even your barbecue.

The Cyclone engine is also known as the “Schoell Cycle Engine” (after Harry Schoelle) which follows the Rankine Cycle model, a closed loop system which uses water as the working fluid. Simply put, water is heated via means of igniting atomised fuel which burns around a cylindrical arrangement of pipes. In a few seconds the steam is pushed into the cylinders connected via a ‘spider’ bearing to the pistons. Steam is exhausted through a port into a condenser, where the by-product, low pressure low temperature steam is fed back into the ‘flash’ boiler via a high pressure pump, completing the loop. A common theory is that a petrol or gas engine can develop about 1 HP per 1.5 cubic inches of cylinder capacity, the Cyclone 3HP making this engine certainly more efficient than the standard IC engine.

The cyclone engine is not without it’s fair share of cynics however, many claim that the final result has still to be seen, i.e. return on investment has been very low. Raytheon and the American government will disagree. So do we.  What is incredible is that the Cyclone engine can run on most combustible fuels, emissions are very low and it is almost silent. Huge torque from standstill which means no clutch or gearbox, lesser parts and more reliable.  The Cyclone is also much lighter in weight than an IC engine of comparative torque and HP.

The WHE engine could even be added to the internal combustion engine exhaust outlet to add extra power whilst the primary form of propulsion is working hard, for example up a hill.

This is not a new process, steam turbines and reciprocating steam engines could harness waste which is fed back to the boiler through a pump. Although this may improve efficiency the question that always arises would be around heat transfer from the furnace or firebox to the water to make steam.

The monotube boiler is oft called a flash boiler but although they work on a similar basis, the flash boiler tubes are run at an extremely high temperature causing incoming water flow to turn to steam, the monotube has water continuously. Modelists use the term interchangeably. High speed model hydrofoils use flash boilers to get to insane speeds over a very short distance. A really great bit of insight can be found at Steve’s Workshop or On the Wire.

Whist we focus on electric motors, hybrids and nuclear power,  steam power is still seen as archaic.  Hopefully in the next decade our inquisitive minds will find a way to create the near perfect efficiency form of propulsion. The Cyclone engine is by no ways a near perfect example of new technology but a certain call to have a re-look at the steam engine. 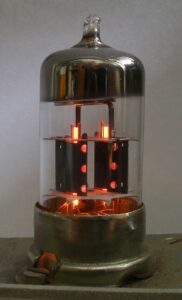