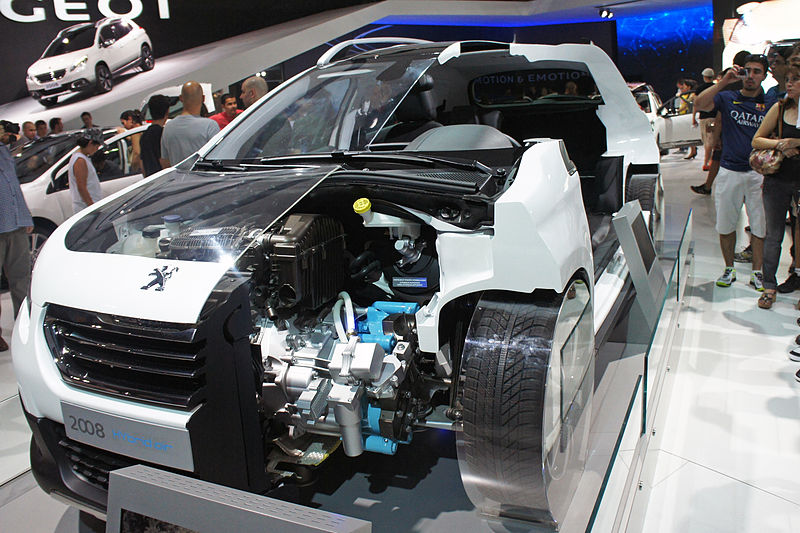 Modern vehicle technology has become increasingly more sophisticated, simple buttons and switches belie the complex analogue and digital circuitry hidden beneath steel, metal and plastic. In the 1970s CDI and electronic fuel injection were slowly becoming mainstream and it was not long thereafter that the Engine Control Unit became the buzzword for auto electronics. The ECU which now refers to the more generic Electronic Control Unit can encompass many controller units or sub systems from window winders, airbag deployment, GPS to vehicle lighting.  The one stand out feature in the evolution of vehicle electronics is safety in the form of the  Advanced Driver Assistance System or ADAS.  Vehicles are just becoming more safer to drive than ever before, with the Germans and Swedes standing possibly head and shoulders above most other nations in this highly innovative industry.

As the motor industry changed, the old die-hards and grease monkeys found themselves having to up-skill or change trade entirely. It is now no longer uncommon for a vehicle in the workshop to be directly linked to a diagnostics tester, sometimes even at the factory through the OBD-II port. This wasn’t just any simple revolutionary idea, fighting for lower emissions and having access to the engine management system the evolution of onboard diagnostic testing was inevitable. For factory trained personnel, most malfunctions in the vehicle mechanical and electronic system can and should lead to a reliable and complete repair. For non-factory trained personnel misdiagnosis is not infrequent, neither the fact that many vehicle owners end up paying for repairs or replacement of components which weren’t malfunctioning in the first place. Tales of woe are in abundance, especially in the auto sector.

Motor vehicle electronics, although extremely sophisticated, still relies on (in most cases) point to point wiring with spade, bullet and ring connectors along with plugs and sockets. Time proven, they are reliable and cheap. Vehicle electronics, depending on supply and demand is also comparatively cheap. And reliable. Wire used in motor vehicles is heat resistant and not prone to cracking even under extreme conditions. Problems do arise through vibration and in many cases failures are of a mechanical nature, not electronic. Motor vehicle manufacturers do not as a rule have a ‘blown fuse’ indicator. Neither do the electronic controllers tell you where the problem exists in the a/c line or whether a brake light is out. These are things that can easily be remedied by using a fault or error diagnosis system. Expensive cars do have this – but price wise it should be a given that all vehicles should have this as a necessity. Does the driver know that correct deployment of an air bag relies on safety belt being on and sometimes the weight of the occupants in the passenger seats being measured? See Chevy Impala.

Modern technique should rely on (+) (-) and a bi-directional communication signal to the rear, front, dash and central point of the vehicle, which is easily accessible. Most car owners find it difficult to pin-point blown fuses because the manual covers many different revisions. There should be an international standard applied to onboard self-tests and the wiring code to essential safety components like hooter, headlights, rear lights and indicators.  Most auto electronics have diagrams which confuse not only the layman but light current technicians as well.  Often the symbols used in diagrams vary from one country to the next which adds to the confusion. The days when a simple 12V light-bulb tester would suffice for most repairs is gone.  Tow hitch wiring continues to be a mess, a serial data stream along with battery power is really all that is needed to ensure that the correct circuit is invoked.

Years back it was common practice to find auto electrical systems running on 6V (remember the older Beetles) or 12V with a grounded positive (British). The good old Brits found that a positive ground system reduced corrosion and according to folklore electronic systems started seeing more bipolar NPN transistors being used, forcing the standard to change to negative ground. This may be true to a certain degree but a lot of cars were using negative ground before electronics became common and it may just be that too many manufacturers were opting for negative ground which lead to car radios having negative ground, then CDI etc, etc, Sounds like the Beta – VHS wars. Having said that, many workshops reported that ignition systems using the simple contact breaker method (points) lasted longer on vehicles with positive ground.

6V auto systems, dynamos and wiring corrosion were all the fad in the 50s. For the layman, a 6V system is going to be higher current for the same wattage which would lead to unnecessary voltage drops, most prevalently seen in the low intensity headlights. It would have made more sense to stick to 24V but then the generator, a dynamo, was not the most efficient device around in those years. Auto electricians of the time should recall the intricate regulation systems required which consisted of ‘A’ or ‘B’ point-contact current-voltage regulators. Sophisticated they were but never all that reliable. Alternators were far more efficient at any given RPM range and of course an alternator has one huge advantage – one could step up the voltage. Stepping up voltage (aux. power) whilst still having a 12V output (battery charging) is great for reducing copper conductors. In fact there is no real advantage of using a 12V system in motor vehicles these days but the idea of switching to a 42V system which theoretically in many aspects should be superior to the 12V system has been supposedly cancelled.  As hybrid propulsion units become more popular the 42V system looked all the more attractive with dual 14 and 42V systems appearing to make a debut in the latter part of the 90s but to date 12V still reigns king. With volatile copper pricing eating into manufacturer margins this may make an interesting review in another ten years. Be it as it may, modern charging systems, controllers, electric motors and pumps are extremely reliable with only one down side – de-misting, de-icing and electrical propulsion systems require gobs of power and higher voltages still remains the answer. It all comes down to conductor size at a given voltage – sometimes 12V will just not do.

Many years back nearly all motor vehicles had hand cranks for emergency starting. There were also power take-offs for winches on certain off-road vehicles. With the vehicle electrics relying more and more on the lead-acid accumulator and more efficient charging systems things have only followed a natural trend, not an innovative one. More power, bigger batteries. Stop-start systems have become increasingly popular. Cluck-cluck, cluck-cluck! Wonderful innovation or just another gimmick?  This is of course not a new idea, neither is it highly innovative. Mazda has the i-stop system which relies on the diesel engine crank position. Hybrid technology utilising a large energy stack should be vastly superior to stop-start both from a transmission point of view as well as emission control but costing still remains fairly prohibitive. Tests remain ambiguous and potential buyers dodge the hype.

Advanced Motor Vehicles – what next?

One thing is definite:  Over the last fifty years there has been incredible changes to the motor industry and over the next ten there will be even more. Electronics has made the IC engine more reliable and efficient, chassis components and ADAS has become infinitely better but maybe we need to overhaul our entire thinking processes to move on to the next stage. Electronic control is here to stay, possibly not the internal combustion engine. Electric motors are extremely efficient, with incredible low end torque but their power to weight ratio when one includes the batteries remains the big pitfall. Advanced motor vehicles using hybrid technology has matured but one significant step forward in storage cell capacity will change the course of manufacture. 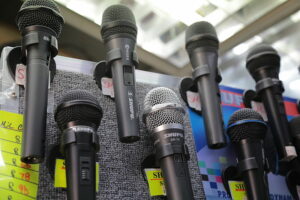