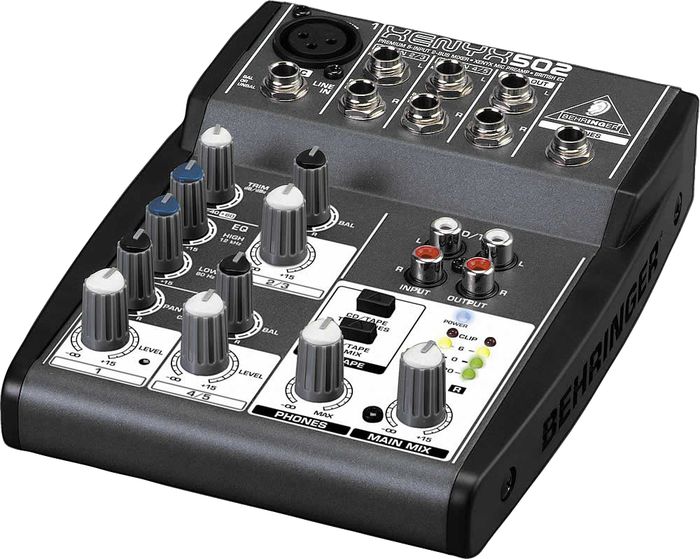 Anyone doing audio work is going to come across balanced lines in long cable runs for either input or output and having a degree in radio technology is the best way to start but in all probability you’ll still at some time or other end up with a noisy network which can be a horrendous task to eradicate.

There are four things to remember when running any cable over a considerable distance:

a) is wireless an option? In most cases the user or console may be static but not so with a lead singer, vocalist, your local pastor or person setting up a large audio system. From my experience for wired as much as possible. We will show you how. Decent wireless is extremely expensive to get the same quality as wired.

b) with wired systems always try to get the signal as high as possible before the feed – this may use an active system which implies a high input impedance to low input impedance at +dBU or 0.775V RMS in audio engineering speak or use transformer coupled devices. Musos prefer transformer coupled devices because they believe it adds colour to the signal. This is true but not always the right kind. Good quality audio transformers are expensive but if you are a DIYer this may be a better alternative than active. (keeping costs down).

c) audio works best when coupling low impedance to high input impedance from output to input, audio amplifiers to the designed load and never lower. In the input stages there is a certain give or take (audible but not always damaging) but not so in the power amplifier where unnecessary stressing will cause damage.

d) low voltage, high input impedance signal runs over three meters or ten feet the engineer will always ensure that the cable run is balanced. What is balanced?

e) and there is fifth point as well! Balanced lines are usually taken from XLR and TRS plugs and sockets. Always ensure that these sockets are indeed balanced because as luck would have it they can be used in a stereophonic setup as well. Consumer audio will have a stereo 6.3mm socket perhaps – the tip will be channel one, the ring, channel two, sleeve ground. These are not balanced.

The cable consists of a shielded twisted pair with the negative (-) and plus (hot) running at an equal but opposite polarity ensuring that any noise, e.g. electrical interference, is cancelled out at the output end. Very low impedances are not as prone to electrical noise pickup as high impedance runs from instruments and microphones such as used at a live event. Engineers try to run this at the lowest possible impedance with the highest drive possible, without distortion.

In radio work it is essential that all stages inside the receiver or transmitter are as closely coupled and matched to each other as possible. In audio we feed high low input impedance into high input impedance, in other words as long as the preceding stage is at a lower impedance than the following stage you should be alright. Electrical engineers know this as line transmission – cable matching can be critical, which obviously the includes the impedances as used in a telephone network.

The dBu, dBV and dBm are terms heard regularly in the audio field although the dBm is a measurement of power. +4dBu and -10dBv are the most commonly seen figures, one applied to professional audio and the other, consumer audio. dB is all about references. I cannot just say this car is better than that car – I need to quote figures. Nowadays fuel economy is more important than horse and torque. Sometimes 🙂 . When we talk electronics, an engineer won’t just say that this voltage is 30V because it has no meaning. A voltage is in fact a potential difference which must imply more than one point, so a better way to say this would be, “the potential difference between point A and point B is 30V”. Even better, “the potential difference between point A and B, which has a resistance of 30 Ohms is 30 Volts.” Now I also know that 30V across a 30 Ohm resistor equals one Ampere. When we state dB we are making a reference to something and quite simply, dBu is a professional standard which implies that 0 dBu = 0.775V R.M.S. (Route Mean Square)  and 0dBV = 1V R.M.S. Note that there is no reference to the circuit load resistance (load impedance) that this potential difference (alternating current) is measured across. A measurement that does take this into account is the dBv which is 0.775V R.M.S. across 600 Ohms. This is an old term used in ‘telephone circuitry‘. In essence:

For reference I will include that 0dBm = 1 milliWatt dissipated across a 600 Ohm load caused by the 0.775 V R.M.S. signal across it.

I like the 0dBv because it is all self explanatory. But it is not to be. Consumers use 0dBV and professionals use 0dBV. In fact the standard is based on +4dBu and -10dBV. You want more information? Sengpielaudio has the answer. In South Africa ‘piel’ is a dirty word. Jokes aside, for the budding audio adventurer the website is very informative.

Another extremely informative website is that of Rane (you should definitely know them if you are planning the professional route, some of the most incredible equipment comes from them). Here you can get all the gen on the expressions used to make you sound like an expert. And all the gen that you should look out for that tells you something is dodgy. Audio Specifications, by Rane.

A question I have often come across in the forums whilst browsing for a simple padding circuit is “How to make an RCA socket or signal” balanced. I covered this last because from my own experience you won’t find RCA sockets on a professional mixer except for CD or Tape input. What happens if you control the mixer by remote and the tape deck is situated 30 meters away from the mixer. Not really something you would want to do but who cares, an interesting question in any event. The first thing I would do is read up on this very interesting article, once again by ‘no-nonsense, tell it is as it is” Rod Elliott. Here he explains how to build a Direct Injection circuit which allows for a non-balanced input to be output balanced through the use of two opamps (TL072). I have built this circuit and it works exceptionally well. Be cautious of phantom powering and ground lift as he has stipulated. For the more ambitious there are certain ways to circumvent the issues arising but it may be advisable to consult a professional electronics person for this task. Phantom power is used to supply +48V DC to condenser type microphones. In many cases condenser mics offer superior performance to dynamic microphones.

So now you have built your DI Box but are infuriated to find that the signal output s too high for the input, which invariably is going to be a microphone input. In the good days as a consumer you would add a double ganged pot with the wiper arm connected to the input of the amplifier (just like in a pre-amp). Alas, pro-audio has it’s advantages but one of them is not ease of change.  I will refer you again to a link:  http://www.electronics-tutorials.ws/attenuators/attenuator.html. Once you have an idea on what an attenuator is all about then you can move on to the calculator at http://www.nu9n.com/tpad-calculator.html – for your reference a T-Pad and H-Pad are similar. Two T-Pads make up an H-Pad and this is used in balanced line networks.

A problem I had recently was to match a computer output (computers invariably have the most unsophisticated audio outputs known to man) to the Pro Art MPA digital pre-amplifier. It has a balanced input stage so I built a simple H-Pad device. If you want a picture and schematic please contact me via these pages.

The balanced line approach is possibly pretty much confusing to the newcomer but the reality is that if you know Ohm’s Law and how a Wheatstone Bridge works you will win the battle. Yes, the battle will be far from over until you have enough experience under the belt in tackling typical P.A. issues, a basic grasp of the fundamentals is very relevant. Doing is the most important aspect to learning, not just reading. Balanced lines are critical to the performance of any public address or live audio system.