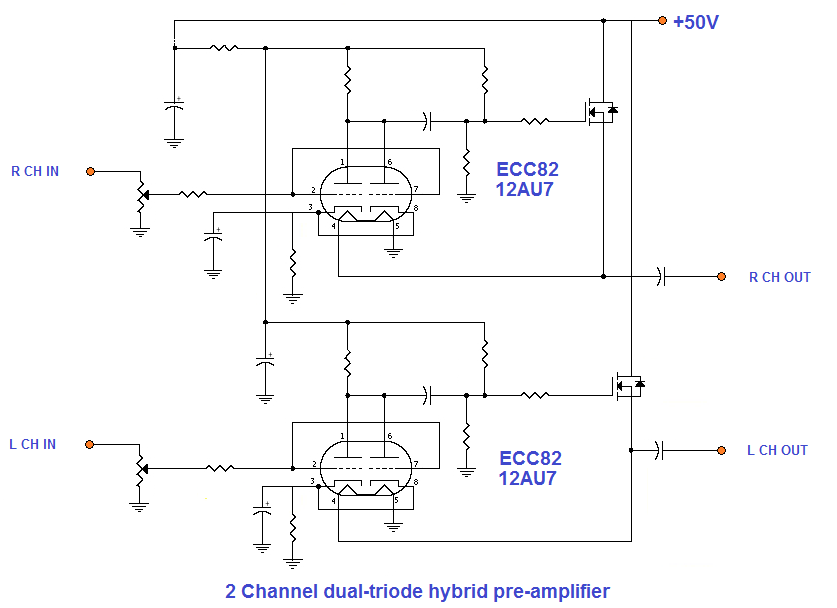 Current Vs Voltage in an amplifier using Starved Anode

The electron tube or radio valve is a voltage controlled device with a very high input impedance and output impedance dependent on configuration of output mode, common grid, common anode or common cathode. What puts it sometimes “off-limits” to the casual experimenter are the high voltages used as well as a heater filament in a directly or indirectly heated device. Although a valve is known to perform best in circuits which are operated within the manufacturer specification, early instruments used battery operated devices to make them portable. Portable radio circuits also used valves which were designed for battery use, the anodes sometimes running as low as 30V. What is not commonly known is that a valve can be run at extremely low voltages in a configuration known as ‘starved anode’. Although used extensively in entry level effects circuits for guitar use they have found their way into the experimenter’s den as front ends for line and headphone amplifiers.

Some reading material on starved anode

So as to not re-invent the wheel the reader and experimenter does have access to very good information on this subject, one of which is listed here: “Triodes at Low Voltages” by Merlin Blencowe. As the author acknowledges, there is not much reading material from the manufacturer regarding starved anode techniques, so by doing his own research and deriving the valve characteristics with a +B of 12V was a logical approach. The article is very well written and demystifies a lot of other stuff for the interested reader which should definitely whet the appetite for anyone interested in pre-amplification.

There is a lot written about starved anode designs in the forums, most tend to feel that it’s marketing hype but the fact is that certain valves do lend themselves better to running extremely low +B voltages, such as the 12AU7. It certainly is not marketing hype – designs using such low voltages have been around since the first triode tube – what is relevant is that the designs were mostly not used in audio applications. I experimented with circuits in the early 70s which ran at very low voltages but what is significant is that I had access to high voltage transformers and the more common valves – most experimenters these days do not. I am also not an advocate of very low anode voltage circuit designs in high fidelity amplifiers because of the linearity issue but guitar effects are a completely different ball game. Whilst critics condemn the use of starved anode designs the facts speak for themselves – valves do work at very low voltages but how well they work depends on what you want to hear. 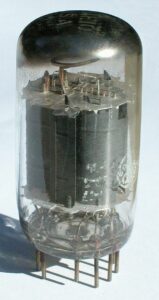