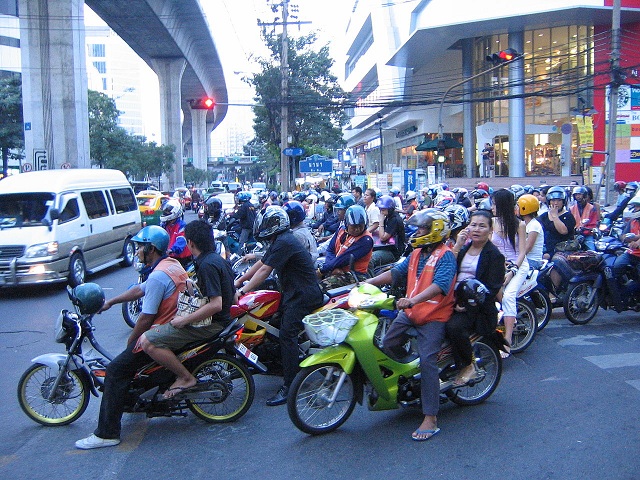 There has been a lot of negative media regarding startups globally selling cheap Asian motorcycles and closing their doors either once the owner has made enough money or worse, none whatsoever. The failure rate of these imports was possibly a big culprit but one cannot get around the fact that many of these dealers were and still are unscrupulous.

What makes these motorcycles popular are firstly the price and then secondly, they make quite good looking bikes. The latest bikes are far more reliable if we look at the trend over the last five years. The pricing has stayed the same. What makes them different then?

Looking through forums I came across one where a potential biker wanted to purchase something as his ‘first bike’. The question was whether it should be Jap or Chinese? For a person only wanting a runabout, not wanting to clock up kilometers – possibly just for shopping, going to school or college the Chinese product would more than suffice. Taking it off road or on a long distance cruise may not be a good thing. When we build cheaply the first thing that gets trimmed is the metal. So you may have a flashy dash and a nice looking bike but what are the limitations of load – that means you and possibly a passenger. Most Asians are lighter than their western brethren. The power to weight ratio is better and the steel may not be quite as strong as the Honda. Having said that though we need to realise that Chinese bikes are getting better as export standards are forced to rise. Will we now see more dealers opening their doors, or less?

I for one think it is imperative that the buyer knows the carbon steel makeup of these imports. What about the welds. Lots of bad press about. I would not go dune hopping on a Loncin, possibly most cheap imported Asian motorcycles. There is a lot of information about regarding the engines of these imports as well, mostly based around Honda tooling. Yes, I know the old Honda small capacity machines had the same looking engines. Are they as strong though – are parts cheap? Can we even get the plastics and whatever fittings you may need as easily as you purchased the bike? I don’t know – I keep this article unbiased because I know of many school kids that have endless pleasure out of riding their bikes. A common complaint is that the parts fall off. I note no spring washers or Loctite.What we forget though is that now we have many more bikes on the road and a lot more cheap imports. This may not be realistic comparison. People hop on and ride. A motorcycle has to be inspected every time you ride – not just once per month. Regular maintenance keeps a bike reliable.

Many years ago manufacturers took their plants to China – it was just cheaper to produce because overheads were lower (read: salaries). At the same time failure rates increased. One particular ‘manufacturer’ of monitors had more failures in their professional series than their entry level units. That’s a thing of the past – the Chinese got their act together and their electronic equipment, especially multi-national has improved somewhat. Their automobiles and motorcycles are going the same route. For the parent out there take this into consideration – but always put safety first. There is nothing like a free lunch. Chinese motorcycles cost a 1/4 of the price of Japanese two-wheelers and this should tell you something. Japanese products also use stronger motors and motors which deliver more power for a given capacity. Chinese motorcycles are also a lot more around using less fuel. It would if the power is much lower.

Here are the rules. Buy a Chinese bike, quad or scooter and check all nuts and bolts. All motorcycles vibrate and all motorcycles if not maintained properly fall to pieces. Change the tyre for a known good brand as soon as you have the cash. Change the oil every 2000 km or stick religiously to the owner’s service manual. These motorcycle engines run at many more RPM than an automobile at a given speed, run hotter and of course, using mineral oil which breaks down far quicker than synthetics. Don’t just put synthetic oil in because you heard it’s better – read the manual. Most motorcycles use a wet sump – use the best oil you can afford.  If your manual says you can do wheelies (which they don’t) then you have a dry sump. If your bike has a wet sump you will be in for quite a few surprises – one being that your engine may not be getting the lubrication it needs while you impress your chums and girlfriend. Just a few seconds of metal against metal is enough to damage your engine. Have you ever thought about the part when your front wheel has to touch the ground again. Even the strongest motorcycles have a knack for breaking front shocks when doing the ‘landing bit’. Just don’t do it.

A good quality build costs money. Chinese motorcycles are getting better in both reliability and performance. Stay clear of good 2nd hand deals, some are shot even at 10 000Km. As far as the cheap Asian motorcycles go, for the runabout, for schoolkids and starter bikers, they are real gems. But like all gems they need to be washed and polished.