Micro Tubes – Another gadget to add to our Audio

It was just when we thought we had heard it all when I read an article in the Gizmag covering vacuum channel transistors (May 2012). Are they really a hybrid semiconductor valve? I thought it may have been an April’s fool joke but apparently not. A company in South Korea (with NASA) are developing the best of both worlds – transistors with a vacuum channel.  With a 150 nanometer device the thermal heating process used in vacuum tube technology will be almost negligible.

What intrigues me is that because vacuum tubes have seemed to have gained in popularity over the last decade why the technology experts, especially our semiconductor manufacturers have not spent more R&D on the tried and trusted radio valve (English) or Vacuum Tube (USA)? Now they can, I suppose.

The quirks of valves – the advantages of micro tubes

Both technologies have their quirks, both have their advantages and disadvantages. Nano sizes mean small power – thermionic tubes are great at releasing huge amounts of energy with great waste. Nano Tubes will not be able to do this but will have the advantages in audio, if the audio gurus permit. I doubt it though – part of the great sound may be a placebo effect – watching the tube heaters glow. Feel the heat and enjoy the awesome sound.

Much has been written about thermionic tubes, even on these pages but why really manufacture a device which will use a fairly low voltage when our pundits of tube audio has claimed that the higher voltages is where the tube gets a lot of it’s unique qualities from, one of course being that ‘great’ sound.

Although we have three categories of audiophiles; bipolar, FET and tubes I’m still an old school believer – a good Sennheiser and amplifier will knock the socks off any quad engineered amplifier no matter the topology. Thundering bass is in a different category – then I want the original sound to be like the live performance and not through some image correction i.e. parametric equalisation and DSP. Multitudes of loudspeakers, tri-amped to perfection – that’s my idea of good quality. I’m also not a great believer in subwoofers and 4″ side speakers to give the mids and highs in a stereoscopic image. The 901s were really great I thought until I read all the biased reviews. Nothing worse than having  cheap arsed speakers outperform the best only because they were set up improperly.

From a financial point of view I doubt the nano tubes are going to come out cheap, at least not in their infancy. When FETs came out (actually before the point contact device) they only started to really hit the shelves in the late 60s and early seventies and all audio buffs purchased these for their pre-amps.  With FET written all over it I find it hard to then believe that manufacturers now bring out preamplifiers with only bipolars in all stages. If you don’t believe me. look at the NE5532 and NE5534 IC specs.

It’s all hype – we run out of things to say. All valve (sorry… tube) hype has been around the distortion aspects. Yet when I studied electronics the object was to reproduce the recording (or program material) without any distortion. Has this now changed? Has a distortion free great dynamic range audio amplifier become a thing of the past?

I doubt it. Buy any good class AB amplifier rated at 200W RMS per channel and run it at 1/2 volume. Tube or transistor. For guitar use, who knows – my preference is a tube amplifier.

Maybe there will be some good coming out of this without us starting to making praising sounds before it’s even off the drawing board. It will still surely be a voltage operating device. Still sounds like an April’s Fools joke to me. Roll over Ambrose.

[Note that the image is tongue in cheek – a FEVA, Field Effect Valve Amplifier. But yes, there is scientific research being done in vacuum channel semiconductor research as in micro tubes. Watch this space! – Ed ] 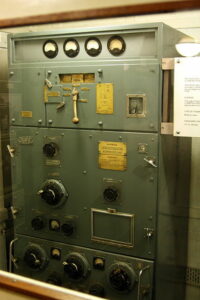 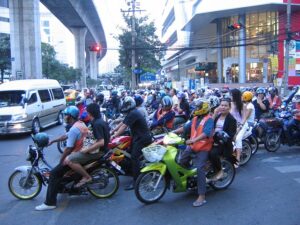