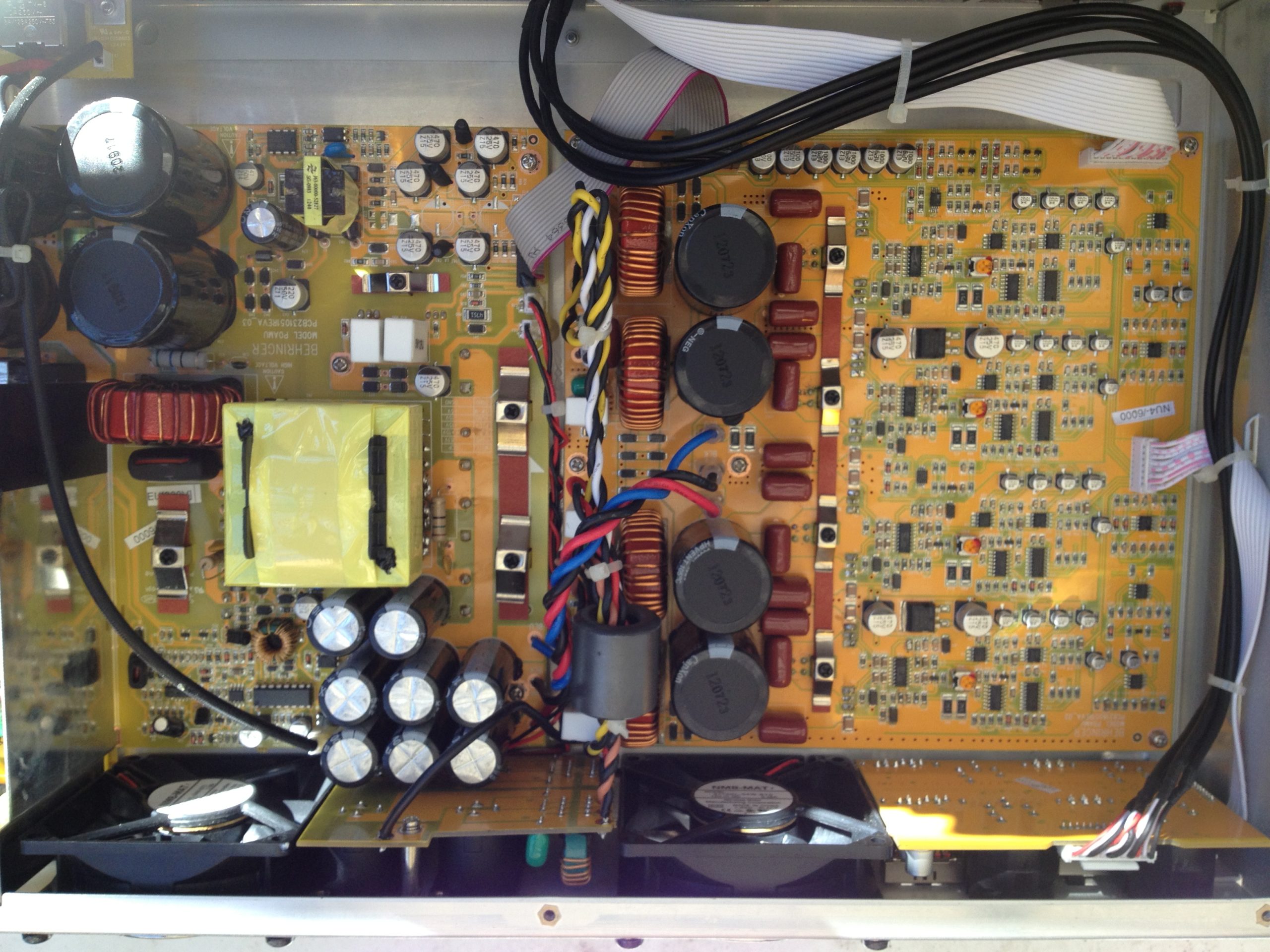 Behringer – Putting your money where it counts!

While most audiophiles are interested in what steps manufacturers are taking to produce innovative products as we at Parts-Ring covered in two articles a while back there are others whom are fighting the war by dropping their margins and in the professional and semi-professional market Behringer is creating quite a stir. Much of what can be read on the forums to me seems to be based more on snob value than listening tests. Who really cares whether a giga-flux capacitor has tin whiskers in a RoHs environment?

In the very beginning, when Noah built class A

Whilst building a class AB amplifier from a kit a few months back I kept on going through white papers and documentation from manufacturers covering class D audio which has been more or less on the test bench for the last 50 years.  There was just too much negativity coming from the class AB pundits whilst pro-audio designers were pushing their class D products with switching power supplies. What become pretty much conclusive to me when making a comparison, came directly from the mouths, pens and keyboards from users, those that used them on an every day basis, not the valve and semiconductor class A and AB techno-junkies.  Moreover, what type of active component makes the better sound; bipolar, MOSFET or IGFET? Personally I really don’t give a toss, I listen to something and if it sounds good I will say so. A really great sounding amplifier going back 40 years was the Akai M8 class A EL84 setup in this open reel tape recorder. I note a guru has already separated the amplifier from the chassis and uses it as his stereo amplifier. Great – something I wanted to do years back. How does it sound compared to modern equipment? An efficient loudspeaker system with a proper cross over it’s going to sound tremendous. This is equipment which came out in the 60s. The mind boggles!

For those of you familiar with Behringer which I believe most of us are, it is indeed a sad state of affairs that seldom is any good spoken of them. I went to a live concert the other evening and I was most saddened to see that all the gear was Behringer (except Korg Keyboard and guitars, supplied by the musicians of course).  In fact, the company that supplies the sound system which for all intents and purposes is fixed, only uses this manufacturer. I didn’t see one spark, one voice coil go up in smoke and most of all, the quality of sound was damned good. No sir, all equipment will eventually fail if you don’t look after it. This manufacturer more so because they are mass produced, not hand crafted like wooden cars of old. An owner of an audio retail store (pro-audio) told me that his store sells two Behringer products for every one of their competitor’s products. That said, it must really be crap, right? Figures – the price remains just that much more attractive. Yet the forums tell you to stay clear.

And now the Good News…

Well, I was not saddened by the quality of the iNuke (some says the name sounds cheesy, but who cares).  They could have called it Phase-Not-So-Linear but the bottom line is when the real audio physicists come out of the woodwork and tell you Class-D bass response will be good they aren’t kidding. In fact I do have a Phase Linear 200+200 and there is no comparison. Absolutely no comparison. As for power – well the devil’s advocates have told me that Behringer don’t tell us the real story. OK, I have test equipment but no load. Whether the new fangled testing methods are only bursts of signal or not my listening tests tell me that using a well known brand of amplifier in proaudio circles rated at 250+250W RMS into an 8 Ohm load did not under any circumstances produce the same quality of bass as did the 4-6000. Certainly I was driving the 15″ speaker set up (piezo horns) way past their power rating but just on the onset of clipping the amplifier did not distort (to my ears) – the speakers took a pounding though, designed for 300W continuous according to the manufacturer. The thing is though, that throughout the dynamic range, whether Pitbull, Gaga or Yazoo the amplifier had this incredible rock solid (pun intended) bass. I can do tests with Crown, Crest, the old Phase Linear and a Blue Tech (not too bad, don’t knock it Mr. Snob) and the Behringer outperformed them. Hands down. The thing is though, again, the highs were not as distinct (bright, possibly) as the Crown but I do believe this amplifier does everything it is supposed to do and more.

Here is my gripe. I do believe Mr. Behringer and his products, whom I have no affiliate to, gets an unfair rap. The company gets ringed by the press, gets ringed by the cynics, gets ringed by the authorities. Think Samsung and Apple and guess who is on top. So now I have finished with the 15″ speaker system and rig up 4 Ohm unit, 18″ bass drivers rated at 600W continuous power. Now I really want to find out what the amplifier is capable of doing and whether Behringer deserves the complaint of using dubious methods to measure and advertise the power rating of their amplifiers.  Slam Dunk. For the price, I have never heard such an awesome piece of gear.  Let us take a step backwards.

Our listener tests, a solo performance, Thanks to Behringer

Tested the same 18″ speaker system with audio circuitry designed to push out say 200 to 300W RMS into a 4 Ohm load. The iNuke 4-6000 should comfortably push out about 400W RMS into the same load (I believe 600W is about the rated power of this amplifier into 4 Ohms). If a 3dB increase in sound intensity is double the power, this amplifier should be in theory not sound that much louder. No, it doesn’t of course but without a doubt it has incredible punch. Into 18″ bass drivers, used at home, this amplifier is in a class of it’s own. Yes, I do read forums and many theorists state that they (the NU4-6000 or 6000/3000) does not compare with amplifier x or y but the fact is, given the cost implication, I doubt you will get better value for money. I have not tested it continuously for 4 million hours, I have no need to. Yes, I believe this is very important to the musician – just like us at home. Same old story, knock it before you have tried it. Knock it around a bit and tell everyone what a piece if shite.

As stated previously I have no affiliation to Behringer. I am not advertising their products. I have purchased expensive consumer goods which fell to pieces in the first month. I have also purchase cheap ‘stuff’ which has lasted for eons. Most manufacturers have shifted over to China to produce (and copy) their goods. It is all in the name of competition. If I pay 2000 dollars for a piece of equipment this does not mean that the 1000 dollar piece is inferior. Having built my own equipment many years ago the thrill was always in the building and testing. This thrill has now gone south, we still do it as a challenge and the pleasure of it but know in our wee minds that sometimes it is just cheaper to buy. And throw-away. Behringer do not fit into that space. Oft on the forums Music Group come to the assistance of owners of their equipment and from what I gather and believe take pride in working for the company and advertise their products through deeds, not just words. The X32 is a case in point – this is serious equipment for the serious buyer. And you know what, designed by experts in the field: Midas and Klark Teknik. More about them later, very interesting connections I have.

I purchased my iNuke for about 890 dollars (U.S.).  It is not really designed for home use, you will go deaf if you crank the volume up for long periods of time. Driving a 4 Ohm load 18″ woofer with piezo horns in your home will definitely make you deaf. Permanently. Paralleling your load by driving two of these 4-Ohm monsters off one channel will not kill the amplifier. For sine wave testing I have no doubt this amplifier will put out at least 2 to 3kW with all channels driven – I gauge this by the size of the switching transformer, cable gauge and tracks. It will definitely peak at 6kW for music – more than sufficient for stage use. It does use 83V-0-83V supply rails. (Vcc x Vcc)/8RL is a useful formula.

For many amplifier manufacturers these days, class A and AB has become so mundane, so pedestrian. ICE power is not a new kid on the block but dollar for dollar I have really, really been very impressed with this Behringer product. I hope this article and the pictures will sway the avid audio guru to sit up and take notice.

[images taken with a cell in dark lighting conditions]. 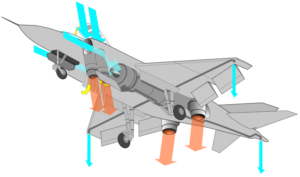 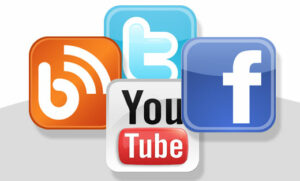