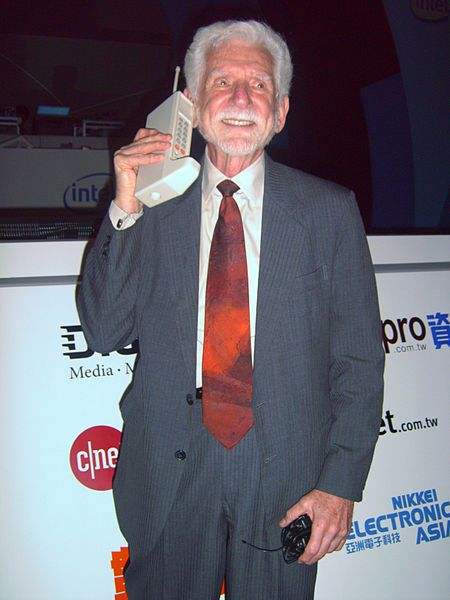 There are literally thousands of pages on the world’s greatest inventions on the web and chronologically most start with an incredible man, Leonardo da Vinci. Discovery’s ‘Doing DaVinci’ goes out to prove that most of his plans were well thought out, documented and furthermore could be fully functional over 400 years ago.

I am a firm believer in that what most of us see today in technology is merely a build on things discovered or invented one hundred or two hundred years back, heck, even longer. Mankind continues to seek ways to make things easier and simpler for us to run our daily lives and this does not always reflect ingenuity but more on opportunistic ways to make money.

Many inventors were indeed very wealthy people and in the case of Thomas Alva Edison, was he truly one of the greatest inventors of the time or just an opportunist? Must one be a scientist to be a great inventor?  We’d like to think not. Many scientists were discovering great things in the 1700s, 1800s and 1900s and really did not know what the potential worth of the discovery was. Some, like the Curies were not aware until too late that their discoveries were potentially lethal.

Although Einstein was a theorist many of his ideas lead on to become inventions. In our mind the best inventors over the last three hundred years were scientists, whether from government sponsored programs, big corporate or the home tinkerer. The one thing all inventors have in common is perseverance. So just whom are all these great people and just what are the best inventions of all time?

Just what are these greatest inventions?

Paper making. What is the world without paper. So we thought the west was clever? Not so. China was very much advanced compared to their eastern brothers, just as the Romans, Greeks and Egyptians were thought to be ahead of the rest of the world. At that particular point in time. China comes in tops.

The printing press. Definitely not a western invention but rather accredited to China in the 11th century. Johannes Gutenburg is known as the father of the modern printing press.

The Compass. Known to exist in China about two thousand of years ago and used by masters of Feng Shui to tap into the earth’s power.

Gunpowder. The mixture of sulphur, potassium nitrate and carbon in it’s most primitive form comes from China.

Commercial radio. We had some unbelievable scientists living at the turn of the twentieth century, just too many to list and in our view, Maxwell and Hertz were two of our top five favourites – the glory goes to Marconi, however.

The internal combustion engine. Curved ball theories here because in reality an IC engine is one which covers many facets of combusting internally, including the use of any fuel and oxidiser – gunpowder being one of them. We rather believe that Niklaus Otto was the father of the four-cycle internal combustion engine – suck, compress, bang, exhaust! There were many patents before this but this is the one universally accepted as the 4-stroke compression engine. We also have the Wankel, 2-stroke and jet turbine – all ICEs.

The Telephone:  Again, foundations get laid on by great people – from the transmission of tones to voice in telephony. In modern times we credit Antonio Meucci and Alexander Graham Bell for the telephone system. Bell did file for patent in 1876, the first to do so.

Commercial television. Talking of fathers, another Scotsman, John Logie Baird, universally accepted as the grand-daddy of this great invention was in fact the first person to publicly demonstrate the first electro-mechanical version of television equipment. Philo Farnsworth makes less interesting study but is the grand-daddy of the modern television receiver using an all electronic system. There was lots of interest in what we know now as television in the 1800s but these two great pioneers made it all possible.

Radar. The idea behind radio detection and ranging is not a new one and of course don’t think that only one person invented this great ranging tool but a group of individuals, again Hertz and Maxwell are up in the front for their work on electromagnetic energy. There were many countries that contributed to the manufacture and use of modern radar – the magnetron tube was a breakthrough, contributed by Albert Hull (low frequency split anode) and even better, the cavity magnetron, a microwave device by John Randall and Harry Boot was THE invention that took radar from infancy to maturity.

The Jet engine. Lots of contest here but we hand this prize over jointly to Hans van Ohain and Sir Frank Whittle. Make no bones about it, the Germans were the leaders in many scientific fields through the 1900s (and still are), the ME 163 and 262 were no exceptions to this rule. Two things to note, one: both of these great men did not enjoy much approval from their superiors in pushing for R&D and two: Sir Frank Whittle remains almost anonymous in the eyes of the British government after more than 70 years. Read this sad tale here.

The home computer. Anyone doing research into this will hit a brick wall because of the many variants but looking at the home computer as being a fully programmable electronic device, possibly Konrad Zuse. I say this because on Discovery they also insist he was the father of the modern fully programmable device. On the other hand I will also give credit to Charles Babbage whom in the mid to late 1800s built a fully functional mechanical computer. Both men were obvious geniuses and using their skills with the latest of technology at the time. Moving into the 70s and 80s we have microcomputers and credit must be given Apple founders Steve Jobs and Gary Wozniak for their work. Should Bill Gates be mentioned here? Of course – any person turning the tables on IBM deserves a huge mention. There are many hundreds of super-geeks whom have added to the technology as we know it now but without the hardware, software and marketing skills of Gates, Jobs and Wozniak the home IT sector would have been a worse off place. Did I mention Sir Clive Sinclair? Anyone remember the ZX Spectrum? This page being dedicated to inventors, he just had to be mentioned. He is also one of my personal favourites.

The internet. What started as a defence project, the ARPANET (Advanced Research Projects Agency Network) has become the World Wide Web or WWW, the Hypertext Markup Language developed by Jim Berners-Lee, one of the co-founders of the modern internet, but of course better known as the inventor of the World Wide Web. What may have started as a rather destructive ‘Big Brother is Watching’ has through social media become a rather comical ‘small brother is watching big brother’.

The cell phone. Martin Cooper is a world renowned expert in radio spectrum management and is accredited to be the founder of modern cell phone technology. Whilst working at Motorola and heading the team which developed the technology is also believed to have made the first call on the 10″ (25cm) long DynaTAC 8000x to rival company AT&T.  Whether folklore or not, Martin Cooper with his visionary and innovative approach to modern mobile telephony is possibly the greatest inventor of modern times.

The list of inventors and their inventions is virtually endless, a bottomless pit of innovators and visionaries who all have one thing in common – perseverance. I do believe the Wright brothers and Igor Sikorsky do deserve mention but that is for another time and another list – Aviation and Martime. 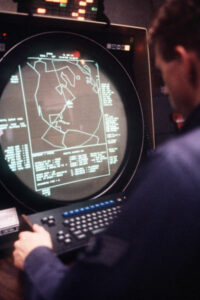 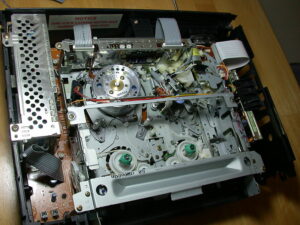