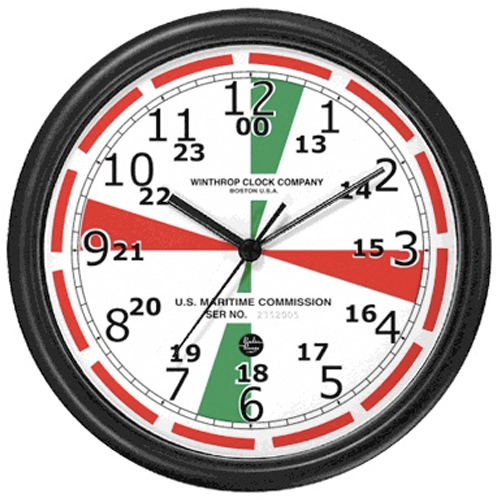 SSB Transceivers – In the very beginning

Bouncing back from our article on the ARRL we thought it may be pertinent to drop in a few words about SSB communications based on two emails we received from interested readers, both of whom are keen listeners on the amateur bands.

Although this may be a bit off topic for our web-site it still plays a rather important role in interested parties in getting spares for old amateur equipment, possibly even marine or aviation.

[for interest’s sake, for those interested to know the colour markings on the clock above show the old timer’s

distress silence periods – 2182kHz (telephony) in green and the 500kHz (morse code) in red. Although this may not appear to have had anything to do with this article it sure played a vital role in saving lives].

SSB Transceivers – Double Sideband and Tuning for a Dip

A rather lesser known fact is that although the means to transmit and receive SSB modulated signals has been around for nearly a hundred years I still came across many fishing boats in the late 1980s still using double sideband and rather strangely, most of the operators were not familiar with the proper tuning of these devices. Many of the operators would tune for maximum cathode current in the power amplifier or believe it or not, the red line. There was one specific fleet which all had the same radios and not one of them had a ‘working’ aerial current meter only to be discovered later that they were in fact tuning for the ‘red line’ in the cathode current and therefore it would not show antenna current. Yes, the red line was the danger line and certainly was not optimal radiation output. (for those not knowledgeable about RF output stages, one would tune for a dip in cathode current (or anode current) as this sudden dip would relate to resonance in the antenna circuit).

I found many of the auto-tuners in their hey-day wonderfully complicated but they either did not work for long or most of them just did not work at all. The sea air may be good for the old sea-dog’s chest but played havoc on any transmission line. The best transmitters were almost always manual devices. I talk not of modern day devices – the response is almost immediate and of course, lots of protection.

Valves were also more robust than their semiconductor brothers – I very seldom came across valves that suddenly just decided to fail. Try that with a mismatched tank circuit on a bipolar transistorised RF transmitter – breakdown was almost always immediate so the manufacturers had to build in a lot of safety circuitry to protect these devices. Often they too failed. So, no – in the good old days valves ruled the roost and even until the late 1900s were more common in the high powered HF transmitters of the day. From a costing point of view they ‘may’ have been cheaper as well although I do recall some of the blast air cooled devices would cost in the vicinity of about 250 dollars a pop. There were two of them in parallel as well.

From a technical viewpoint I was not fond of the older auto-tuning transmitters. Although they were predominantly used on HF telephony equipment I just did not find them reliable enough for an inexperienced person having to use the apparatus in an emergency.

SSB transmitters are operated in linear mode or class A or AB. This in turn means a very hefty power supply and of course, the power amplifier requires very high powered output devices, usually blast air cooled. Transmitters are designed to change bias as the operator changes modes, from CW to SSB. In my experience, a very common problem where the operator receives a ‘bad tone’ signal from another operator the power supply would have been the cause, either as an audio ripple modulation or in the excitation process the entire frequency synthesiser becomes unstable. Modern techniques prevent any unwanted radiation, something the earlier operators did not have the luxury of. With any circuit which utilises a frequency generating component for radiation the power supply has to be well designed and not only that, designed to handle either mismatching through incompetence or catastrophic failure of the antenna system. Again, modern techniques will prevent any form of radiation under those conditions. Not so with earlier equipment – the operator was trained to prevent this from ever happening. It was not uncommon to hear flashovers in the earlier valve operated gear.

As a lecturer once explained, ‘why use a block of wood to penetrate a piece of foam when you could use a needle’. Quite right. This sort of summed up the SSB transmitter. The heart and soul of the SSB transmitter is the modulator, most commonly the ring-bridge mixer. See Image two. The filter in a marine band transitter would be used to remove the lower sideband. Amateur hams filter out the USB or LSB depending on the band used. Modern transmitters do this automatically otherwise it could be manually done like on your CB radio. At the receiver, the missing carrier is re-inserted. However there are other factors to take into consideration.

The AM radio receiver uses a circuit called AGC to reduce a phenomena called fading. As the signal at the receiving antenna becomes weaker the AGC control opens the gain of the IF (intermediate frequency stages) which in turn increases the audio output of the receiver. This AGC control is designed to be slow acting which is one of the reasons why sometimes the broadcasts do sound louder and softer. More elaborate AM radios, especially ones in which are used for telecommunications have an AGC control which can be adjusted by the user. Going one step further, SSB transmissions without carrier (suppressed carrier) require a fast acting AGC control – the signal when modulated comes through to the receiver in bursts so the AGC needs to detect this signal very quickly and then allow a controlled decay on the gain of the IF amplifiers.

After the Second World war

Interestingly enough amateur radio played a major role in promoting SSB after WW2. It’s not surprising – SSB after all is vastly superior to double sideband full carrier especially when the amateur is licenced only to operate at a restircted power output, unlike the MW goliaths of the commercial radio stations. Anyone old enough remember Radio Moscow, the only city in the world that could reach all four corners of the globe, swamping out any nearby transmissions as well.

Single Sideband Suppressed carrier transmissions also have another huge advantage – no hetrodying interference (whistling or audible tones) of the received signal. This plays a major role in selecting your optimal frequency for communication as well as the ionospheric conditions of the day and night.

We can cover all the advantages of SSB transmissions but are there really any disadvantages? Possibly because the receiver has to be able to re-inject the carrier but all communications receivers have this ability. Any adverse atmospheric conditions would affect your communication distances as a whole, it is not just an SSB thing so to put it mildly, SSB really has no disadvantages. It is used in land-line telephony equipment and television broadcasts as well, to name just two.

Where to from here….

I have covered the very basics of this form of transmission here for our newcomers – however for the old bandits and salts it would be great if we could get some of your pictures and add it to the museum.  Just like any old machinery, you may be dead but you ain’t forgotten.

The radio amateur is making huge inroads in digital broadcasts using SSB technology and this will be covered in our next article. Although our circuits nowadays are fully transistorised (for use of an older word), becoming smaller and smaller and digital is overtaking analogue SSB Transceivers still have two things in common with their older brethren, the high powered units still have mammoth power supplies and use the same principles.