I was not even aware that I had a problem until Windows told me that my system was not firewall protected. I have used the following spyware and anti-virus software with great results:

And then the dreaded error code 0x8007042c when trying to switch the firewall on. Looking through the pages and pages of Google search returns on this error I was absolutely delighted to find that I was not the only one. The returns revealed the following:

Not going into detail about how to restart the dependency service or group of which hundreds of tech-minded gurus kindly explain the process, it became apparent that this was not working and in all likelihood the firewall code had been compromised. I then proceeded to run the Microsoft safety scanner – the downloadable file is 100MB and at 20:00 on a Saturday night this was going to take a while so canned that idea quickly and then proceeded with Microsoft FixIt, hopefully to see the last of error code error code 0x8007042c.

Microsoft have written a host of FixIt applications which for the end user is a Godsend – go there. However in this case it still did not help. The FixIt processes are quick and I am sure, gauging by the responses on Bing or Google searches there are millions of happy customers out there. I tried this first because error code 0x8007042c is directly linked to a Windows application and if anyone should know something about Windows it would be Microsoft. Right? Well it did not work and I was still not prepared to dive into the registry only because at 20:00 in the evening one error would mean a restore – if I was lucky.

Tweaking with the Gurus

The problem here is not just that an application has failed but from what I gather a larger problem. From the technical gurus themselves, the Windows Firewall is not a freestanding software application but is embedded into the soul of the operating system. The only way one would therefore, clinically, do a repair is hoping that a reload would suffice. I was not prepared to do that either. I am human and therefore inherently lazy. I need a quick fix. And indeed there was a fix for error code 0x8007042c – found right under my very nose. This may sound like one of those pathetic advertisments written by the online marketing squad but we all know that Windows 7 is possibly the most robust of Microsoft operating systems so we do not need to tinker and tune and change and change again. Yet, here lay a gem of a website called www.tweaking.com – in this case a repair to your Windows Firewall.

The entire process of downloading and running the executable took less than two minutes (i7 processor). No bells and whistles. The Firewall was resurrected and I could load Kaspersky. (original problem was that Kaspersky could not communicate with it’s server to register the activation code.

I am not an advocate of diving into the deep end first – often software problems are user related. I work in the IT sector and see how end-users blame hardware for very apparent software related issues, using incorrect hardware drivers, flashing with incorrect firmware and the old “I didn’t load it, how did it get there” mystery. I don’t blame end users alone, manufacturers should take some responsibility – we are at a point in technology where it should be absolutely impossible to load the incorrect driver. Microsoft often take a lot of unnecessary abuse – yes it may be a money making machine but this machine is not run by idiots. In every case I have picked up problems it has been a virus or third party software.

Websites or companies dedicated to providing a free service to the millions of Windows (and Linux and Mac) users to tune and repair their PCs, like www.tweaking.com are really what the internet is about. Having a system open to hacker attacks is one thing, to have an entity providing free intellectual capital to assist in a repair is the ultimate in sacrificing your own potential earnings.

The Error Code 0x8007042c is not caused by Microsoft – it may have been a virus or third party software. In my case I am sure it was my own stupidity that got me into the mess in the first place. 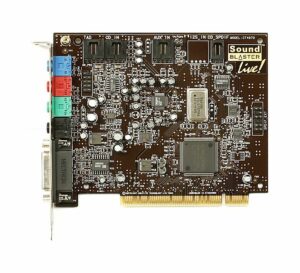 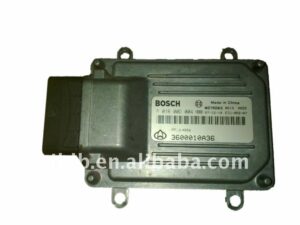 Next post The Worlds biggest suppliers of Engine Parts