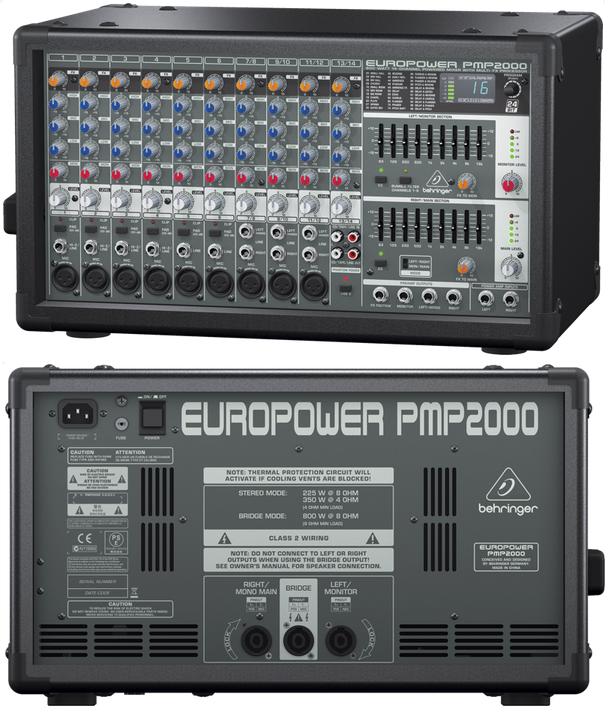 Behringer Vs the Rest

The interesting aspect to having a passion for electronics is how opinionated people are on certain products and brands. Just like wine, products and brands have snob value. I will take our topic today here as an example. The CEO and founder Uli Behringer at the beginning of the year came clean and told the ‘audiophiles’ worldwide that his NU6000 had a problem – premature diode failure. Yours could be affected. Out of the many forums rubbishing Behringer products I gleaned two things: One, that Uli was indeed a champion for coming clean and promoting his products and two, the opinionated decided to pistol-whip the erstwhile owner for bringing out a batch of low value rubbish. I too have an opinion.

I have purchased Behringer products over the years and I find them to be very robust. Secondly I do think that Uli, like Toyota, is having the last laugh. This is marketing at its best. Thirdly, to put icing on the top, reading Uli’s numerous replies to reader queries – I don’t fault his or his company’s rationale one little bit. Let me explain.

A friend of mine worked in the Winelands region of the Western Cape, South Africa. In the division he managed in those days, the export division, supervision took place of the bottling and packaging process of some of the ‘best’ exports in the world. In this same company there was also a division which took the same wine and put it into boxes for the ‘poorer’ folk. Now Uli is doing the same thing isn’t he – but because we think budget is rubbish we sit back and ‘diss’ the product and worse still, the brand. He doesn’t differentiate – he is selling you this ‘so called’ professional series amplifier at a budget price. But professional it is. This of course is infuriating those that bring out the same specification product at an exorbitant price. I won’t dilly-dally – anyone having read up on the history of Bob Carver will marvel at his work. Sound check! Isn’t Uli doing the same.

I have purchased the NU4-6000 and can tell you it is as good and better than more expensive products. I have used a local brand, Dixon, set of 18″ speakers on this amplifier and it sounded really great. I take a set of Peavey’s (which incidentally I really love) and tell you that the Dixon is better value. No name brand, sold by Cash Crusaders better than Peavey? No. Value wise they are better. I have opened and removed the 12″ and 15″ drivers from the Dixon units and can promise you that they have very small magnets. I can tell you that their speaker connects are not good quality. I can also tell you that if you have priced SpeakOn connectors, good quality connectors – they are expensive. Change the connectors, smarten up the box, take the name off it – give it a fancy sounding name, possibly Danish. It may still sound the name but the perception will be different.  Genuine musicians – think Townsend and Knopfler and Clapton make their system grow with them, not the other way round. These same musicians befriend the manufacturer. The manufacturer learns what makes these people tick and even renames products after these celebrities.

Behringer does not deserve to be berated because a knob fell off or it failed during a concert. This happens to Crown and Crest and Alto as well. Uli Behringer is doing something which other manufacturers dream about and they are succeeding – bringing out products which are affordable to the musician and the home enthusiast and making a profit. Has anyone asked him what his R&D costs are? Does anyone belittle Panasonic and Sony for having their products manufactured in China? Do people still buy Apple? While we scoff someone is making money be it Microsoft, Apple, Samsung or Behringer.

I do agree that when you pay a premium price one needs to ensure that we not been being ripped off. This means R&D, quality components and a quality build. Peavey also make rock solid equipment which fails from time to time. Over-rating your product is a sure way to get in buyers – but equipment that has stood the test of time is another thing. Right now value for money is king.

The Hood is Off

Under the bonnet lies many intriguing components but in any amplifier it will also come down to how much heat and noise they produce, how it is dissipated, a brag-fest of fast switching semiconductors and of course what everyone needs to know, after all, the power rating. On the outside we need to know how good it looks and feels, the quality of the knobs, controls, switches and sockets. Of course I have to include the general front panel features – meters, LCD, LEDs or nothing? Individuals ripping off the Behringer name seldom make comparisons between components and circuit design although Behringer claim to use the best components (I believe they do) and whether their circuit has been ripped off from another manufacturer, who really cares? – there’s only so many designs one can use in an audio circuit you know. Are their circuits that shoddy that they deserve to be ripped off? No. Why? Because I don’t see the comparisons between so called poor design technique (rarely seen in audio gear these days although cosmetically mostly dodgy, plastic and thin gauge metal on the outside) and top of the range equipment (expensive finish, but what’s inside the box?).  It’s very easy to remain critical for the sake of being critical. If I was a known face, a well known manufacturer or engineer then I may feel empowered to make a critical comment if my products were better. Behringer is for a niche market just like B&O is for a niche market. Behringer just seems to be getting better with their new class D amplifiers – just like all the other manufacturers. I like the way NAD promote their products – they will under-rate and they will mostly outperform equally rated equipment. Not everyone likes NAD though.

Possibly the best test for an audio amplifier should not be an all out specs test with all the bells and whistles – have a look at popularity and sales figures. The EP4000 may just be a winner. 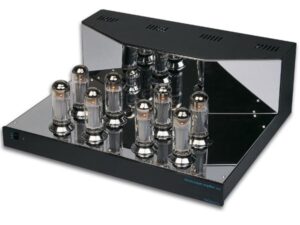