Autona was an import from the UK if my memory serves me correctly and the series varied from 25W to 125W RMS. The big brother was very popular in the disco era.

The Autona 125W module was borne in the early ’70s,  possibly one of the most popular amplifier modules brought out in my native country, South Africa. Let’s have a brief look then, shall we.

First of all, as most audiophiles will be quick to point out – 2N3055 transistors are slow.  We won’t talk about designers using a dodgy SOA (Safe Operating Area), poor design habits with regards to negative feedback and well, all in all an amplifier that would fail at the drop of a hat. I was born in 1959 – 2N3055 amplifiers outperformed any valve amplifiers I have heard. Why? Because for their price they were highly affordable and well, 125W valve amplifiers cost an arm and a leg. So it was the loudness factor. Kids like loud noise, adults get tired quickly of noise. Dad’s amplifier was 6W+6W pure quality – son’s amplifier loud and suspect.  The musicians of the era said that a loudspeaker capacitor coupled quasi-comp output pair sounded just like a valve amplifier at at a quarter of the price. I do not want to repeat what numerous articles on the internet already cover – valve sound, quasi complementary, hitting testicles with a wooden mallet sound  already cover, sometimes ad nauseum. In comes the Autona module, today’s vintage audio at best.

The Autona module was cheap and in 1980, supplied with an aluminium heatsink for the 4 output transistors dissipating up to 50W into 8 Ohm load, this was the one everyone wanted. The adverts read ‘Powerful and virtually bombproof’. My own tests over the next 5 years proved something else – the design allowed for a 50W output on the supplied heatsink or 125W output (on a larger heatsink). 80V maximum. 4 Ohm load. They were bombproof and worth every penny earned or spent.

The vintage audio modules consisted of 4 x 2N3055 silicon NPN power transistors in a quasi-complementary output stage and have been around for about 50 years but still seem to be going as strong as ever. Known extensively throughout the electronics industry as a solid workhorse it has received some bad press about the quality of reproduction when used in audio power amplifiers because of it’s poor sonic quality. One needs to look back a few decades to appreciate the specification of these devices. Most audio equipment used in the 1960s still relied on Germanium devices which had their own set of rules which the designer had to work around to get a high performance amplifier. Thermal runaway or more accurately thermal related issues, inherent in one or other form with all semiconductor devices was more pronounced with Germanium transistors – at least in my own experiences.

The 2N3055 did not have a cheap complementary transistor, most designs were of the quasi-complementary type with a pair used to drive an 8 Ohm load, sometimes paralleled with two or more extra pairs to drive lower impedance loads than 8 Ohms, usually driving a 4 Ohm load with a dissipation of about 100W. Coupling to the loudspeaker was often through an electrolytic capacitor (DC blocker) as the power supply was a single rail. Trying to bias the input stages on a split rail supply often lead to disastrous results when engineering the output to drive a directly coupled load due to instability in the front end – capacitively coupled was generally the safest route to take and as a rule they were quite reliable. These amplifiers certainly do not measure up to their modern counterparts, they were famously slow and lacked detail although frequency response was often measured at 20Hz to 20KHz. Modern design with relatively cheap transistors and set up with budget test equipment often out perform these amplifiers of the 60’s and 70’s. Many readers recall the famous Autona 125W R.M.S. amplifiers and have asked for the schematic. I had one lying around but in my travels seem to have misplaced it. I have re-sketched this using TCAD and hopefully the amplifier has been drawn out correctly – it’s not a difficult amplifier to draw out but with the many interruptions I had anything is possible. So forgiveness upfront if you do pick up errors – I hope there’s not too many. (I did not check the diodes on a tester so I do not know the values – at some stage or other I will do this. At present, this is just a helping aid).

I have three of these modules (should have had four) lying around and I notice all the electrolytics are due for change. The most common failure of these amplifiers were the output stages and possibly one or both drivers. They were cheap to fix and were reliable until the next day of hard driving. The amplifiers I had all sat with a run of about 200mm heatsink and although never got hot inside a console, a later change with two units put inside an aluminium cabinet did cause unreliability through heating. I know a guy that ran four of these units and over a six week cycle never picked up any problems and that was flat out every night from 21:00 until 01:00. These amplifiers were designed for loud parties and discos – they were not designed to drive anything but inductive loads although most disco speakers at the time had possibly one horn and a 12″ bass. Reproduction was adequate – distortion was a big no-no as many high powered 12″ drivers ended up in the bin through malfunction due to an overheated voice coil. Compared to modern equipment I’d look at price first before canning a repair on any of these. More often than not a total restore can be had for about 10U$ if you have a supplier not ripping you off for the 2N3055s. Another thing, from a design angle there have been numerous articles written about the quasi complementary stages being more balanced than the complementary designs – all the modifications I made to these modules brought about better results using complementary output stages with the required changes to driver circuitry. In the 1970s these amplifiers used to cost about (with current ROE) U$3.60 each. ZAR 36.00.  The 2N3055 used to cost U$0.10 each. Now they go for anything from R11.00 to R35.00 per unit in ZAR. Modifying these was in most cases mere pocket change, unlike the MOSFET amplifiers coming out in the late 70s, early 80’s. Its not advisable to bridge mode these modules without a DC blocking capacitor because of the DC offset. I have changed the output transistors to run with 2N3773s but was not overwhelmed by the improvement. As a party system they are indispensable, some users have made bass bins driven from these modules but again the coupling capacitor passing low frequencies needs to be carefully examined. The high currents through the coupling capacitor on switch on may also lead to output devices failing unnecessarily. (I had this – I now realise that the transistors I used may have been counterfeit. This information I got from someone working in the CSIR whom only used Toshiba units).

Sorry, what did you say?

The image above can be clicked to get the full schematic.  Do check the file for any errors – I don’t want you to build this and find out later your house went up in smoke. 🙂 Note also the zeners – I did not test the voltages of these devices – the one has 44 on it and the other 43. In due course will test them to get the regulation voltage (if they are zeners) – they had no other markings on them. I may be off base here but normally a 1N4148 would be clearly marked. I tried to find a similar circuit on the net but although similar output transistor drive reduction and thermal compensating circuits can be found the zener layout is completely different. If you get to it before me, let me know please. This schematic is only to be used as a form of assistance when troubleshooting.

The design is purely a platform on which to build – there will be others that may have a more accurate sketch, this is what I can provide now.  I have very little free time on my hands.

This design, although antiquated is enough to keep the neighbours awake. In comparison to the trance party mono blocks of today this is child’s play. Many clubs use amplifiers totalling 20kW or more of better quality output power.  In years to come deafness is going to be a bigger problem than bronchitis. Listen to your dad. 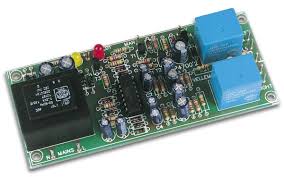 Next post How to Protect your Amp – the cooler the better