The NAD 7100 is a very underated receiver/amplifier and often a collector’s item if you can withstand the pain of restoring the receiver/amplifier to it’s original shape and sound. There’s quite a few chapters on the web devoted to this unit and not to be outdone I have decided to have a look into a unit which my brother-in-law gave to me. The unit switches on, all the lights come on but nobody was home. Read: No output, clipping light on – this lasts for a few seconds before the protection relays click in.

The schematic is a little bit intimidating but remember that herein lies the secret – a shift voltage power supply for the audio output stage (PE), a pre-amplifier / tuner designed around the 1700 and the audio amplifier that of the 2100. Many of the articles written about this amplifier state that NAD equipment are prone to dry solder joints. I have experienced this with the smaller amplifiers but this depends on where the equipment was constructed. However, let’s see what secrets we dig up with this amplifier. I downloaded the schematic from www.hifiengine.com.  To plot our course please download the schematic first.

Follow up:  Running Sunday errands can be a bind, repairs cut into the Sunday barbie and so we finally got down to this amplifier on Saturday 15th June only.  First of all some history.

The company New Accoustic Dimension was founded in England by Dr. Martin L. Borish, an electronics boff. (PhD). NAD was sold off to a Danish company, AudioNord in 1991 and later to a Canadian company, the Lenbrook Group in 1999. NAD has produced many audio amplifiers over the last thirty or so years but perhaps the most popular was the 3020 series – this as far as I can recall was extremely popular amongst the entry level audiophile market and is still a popular buy today.  The 1020 preamplifier was in fact the dressed down version of the 3020 – it even had the markings for the missing components on the board. I stand under correction here as this was something like 30 years back when I owned my own unit, using it to drive power amplifiers in a disco console.  I’ll be brutally honest here – the pre-amplifier lacked the ability to bring out the best in the 250W RMS power amplifier or the loudspeakers (Fane drivers). A cheap pre-amplifier which I built was better for this purpose – the real reason here was the design and quality of the NAD circuitry just seemed more zoned in to general audio listening and did nothing for disco audio which let’s face it, in the late 70’s and early 80’s was all around pump and high notes – you didn’t play certain tracks of Supertramp through a ‘disco’ sound system, neither did a Hi-Fi amp sound as good with Donna Summer. Get real loudspeakers and maybe things would have been different. I put this down to a lot of midrange which I feel from a ‘disco’ angle, wasn’t the object.  There’s a lot to the topic of marriaging amplifiers to loudspeakers.

I have repaired many NAD amplifiers – in hind sight I would say the build quality all depended where it was purchased and manufactured.  The units that did fail were generally through poor quality workmanship – mostly dry joints. If you did get one in where the power transistors had failed it was a rare occurrence and most probably user abuse. The 1020 pre-amplifier was prone to breaking of the contacts off the PCB at the source connectors (RCA) – always. I had one and the others brought in had the same problem. Very little foresight given here but I won’t blame just the engineers – most people using these pre-amplifiers did a lot of cable swapping which just made it more prone to failure. Proton in Taiwan also went on to build NAD under licence. To many audiophiles, Proton developed a higher end amplifier – some say this is rubbish. I am inclined to agree although I can say I have a hand me down amplifier from my brother which has incredible quality if driven through good quality speakers. Like NAD, power is given at 50W per channel (in whatever delivery power was deemed the norm then) but on measurement it dissipates more than 70W RMS into an 8 Ohm ‘purely’ resistive load with a 1 KHz sine wave source.  NAD designs are known to be over – spec to allow for headroom and it has been proven to be not just marketing hype, they really do outperform many amplifiers of similar spec.

This is quite an amplifier/receiver. Feel the weight of it then you’ll know where I am coming from – an amplifier designed to put out 50 to 60W weighing this much is normally put down to generous use of cooling, mains transformer(s) and general power supply components. This amplifier has a mains transformer rated at about 350 to 400VA – I am only gauging by weight and dimensions, not manufacturer information. By saying this amplifier has a short burst headroom of about 200W per channel could possibly be correct – standard VI or I^2R calculations prove this.  The amplifier under test here would switch on and then off again, after about 2 seconds – a bigger problem which arose is the fact that when wanting to troubleshoot, the amplifier came to life and remained on. What a let down – I wanted to fiddle but like all fiddlers have learnt – ‘don’t fix what aren’t broke’.  In a way (85%) I was disappointed but the rest of me (15%) told me that things were OK, leave as is. I stick by the 15%. Here are the facts though, before we get into a ‘knickerknot’: the amplifer was given to me in working condition I believe. I have no reason to doubt this – the guy that gave this unit to me, my brother-in-law, is a tinkerer himself and if it was ‘broke’ he would have more fun tinkering than give away. There’s no fun in giving stuff away, especially an amplifier like this. So what gives?

As mentioned previously these amplifiers have a pretty rugged power supply for an output of 100/120W.

We’ll get to a problem in a few seconds but please read this first.  The NAD amplifier, model 7100 is a rather robust beast. NAD, like most amplifier manufacturers wanting to protect their reputation always over-spec their components. You know the Rolls Royce stand on how much horsepower their vehicles delivered and the rather snide reply was always “enough”, NAD seem to follow a rather similar train of thought. NAD amplifiers deliver enough! This 7100 amplifier/receiver is no different. OK, in hindsight I will say that the amplifier is over engineered – if I was to build an amplifier I wouldn’t worry about energy saving, voltage shift, class D amplifiers. I want an amplifier that synchronises and mirrors the output with the input, no distortion even at full volume, a total reduction of any form of harmonics / cross-over distortion and I would not abide to the warm sound of valve  (thermionic tube) rule. I would design an amplifier, a set of speakers and a to die for graphic user interface using computer geek speak. In fact NAD seems to have done this with a million and one components to derive a mirror image of the input signal and according to the listener, in many cases, unrivaled sound.  This amplifier is from yesteryear – yet, with yesteryear lies promise. To build an amplifier first and foremost you need to look at the target market. Then you build the power supply.  NAD gets this right with all their amplifiers – they don’t skimp on the mains transformer even in their home theater market where you get mostly promises and under delivery.  If it’s not a switched mode power supply a ‘real man’ power amplifier is damned heavy – this comes from the power supply. Modern semiconductors weigh just as much as the 1970s – cooling laws have stayed the same albeit with more emphasis placed on cooling fans.  NAD seem to do it with great mains transformers and high capacity smoothing. Although the 7100 is an early years amplifier they used a lot of technology which is pumped into modern circuit design. This was an amplifier from years back – it was possibly over-engineered but they wanted user satisfaction. The 3020 is a case in point. 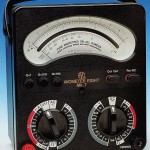