First we had Magnum PI and now we have Raspberry Pi.  This is our own PI account of the Raspberry Pi – nothing new when it comes to comparing performance to competitive units of similar processing power but very much new when it comes to straight value.  The Raspberry Pi’s WOW factor is of course it’s price (when compared to the Intel NUC which is of course of higher performance and costing nearly ten times more). The importance here of course is that a person learning to program does not need a high performance gaming machine – to bring education into all schools and not just the Ivy League ones the lower price point makes it all that more enticing. ARM processors are also by no means inferior to those made by Intel – in this tiny little cost killer’s brain lies a host of things one can do. It certainly is not something one could use to showcase your latest Blu-Ray collection but definitely something I’d be looking at when it came to run of the mill automation.  The Raspberry Pi comes in two flavours (definitely not the right word), known as Model A and Model B – Model B having 2 USB 2.0 ports as opposed to one, support for 512MB as opposed to 256 and a 10/100 LAN port. Don’t expect miracles from the graphics and you won’t be disappointed but do bear in mind that it is incredible for the price point and the target market. As this is a unit designed to teach programming to school children the world over it was not surprising to find one of the top programming countries in the world jumping onto this bandwagon – India.

With a price point of 20 odd Dollars (US) for the Model A and 30 odd Dollars for the Model B it’s not surprising to see a lot of interest being shown by business as well as the educational sector. From an educational standpoint students are coming to grasps with programming languages such as C, Python and Perl. From a business angle I see two huge opportunities, one being in robotics and secondly in the home security industry – your current eight, twelve, sixteen inputs or more control box costs three times or more than the Raspberry Pi unit with a fraction of the power. From an experimenter’s angle the Raspberry will make a great little LAMP (Linux, Apache, mySQL and PhP) server but if you really want to splash out and cheaply that is, media centers seem to be the way many young experimenters are going – see http://www.raspberrypi.org/archives/tag/media-centre.

Some innovative ideas in the offering – I found this – http://blog.makezine.com/2013/04/14/47-raspberry-pi-projects-to-inspire-your-next-build/

The next question for all you inspiring DIYers and wannabe Computer Scientists, there’s lots of them… where to buy.

The Raspberry Pi is developed in the UK by the Rasperry Pi Foundation and is manufactured under licence by Element 14/Premier Farnell and RS Components. These units can be purchased online but of course at Parts-Ring we will also list the distribution list. 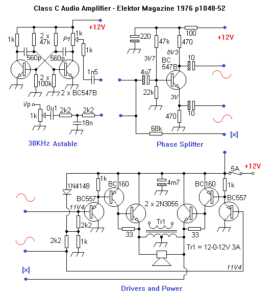