There’s a lot being said about high end audio but how does one separate fact from fiction?  Having spent the better part of two days browsing through websites which are supposedly either selling high end audio or are advocates of high end audio (critique) I’m rather more confused now than ever. To put it straight, if your CD or DVD sounds just like the original live recording then I’d say you have a masterpiece of an audio system. Unfortunately it’s not going to unless you have the master tape and the same audio equipment for reproduction as was used on stage. Of course, the same acoustics as well. I listened to a NAD system recently – the speakers were Mission. I don’t have the model details. It sounded awful – wrong position, wrong acoustics, wrong music. I know someone whom said the best system he had ever heard had ‘rags falling out of the loudspeakers’. I have no doubt these rags were being pulled out of a port and were acting as a damper of sorts. Not all speaker systems reproduce different genres of music the same. What sounds too bright to you sounds just right to the guy next door.

There are plenty of myths out there and the scope of this article is not to disprove them but rather to make you think before you splash out. Always pay the best you can afford – an expensive sound is not a myth. Just go to any live concert where a supergroup is playing and you can be rest assured that the sound system costs upwards of a few million U$. This is expensive sound. The Mission/NAD mix was expensive for a home user but not in our audiophile range – 2 000U$. The sexiest sound I have every heard was through a Wharfdale speaker system – yes, it was a disco unit. Guaranteed not for home use but Donna Summers sounded good.

Speaker cables are a necessity but definitely not what you spend thousands of dollars on. In a magazine I read that single core telephone wire gave the best quality of the roundup – which included very expensive multi-core cable. Read up on multi-core cable, thick single core, copper tubing and the skin effect. Read up on wire gauge and resistance.

This is a long time argument – what to buy, valve, Mosfet or Bipolar? They all have their merits but one thing you should be aware of is valve hiss. Valves need, in most cases (depends on the design of course) audio transformers to match the high output impedance of the valve to the low input impedance of the loudspeaker. If a directly coupled amplifier is better than a capacitively coupled amplifier why would a transformer make it better? No, the less resistance path the better – I state this simply.  Think of the friction in a drive train if you will, it’s a bad example but possibly you get the point. MOSFETs were superior to bipolar transistors many years ago only because they could operate at very high switching speeds. Nowadays this still holds for power supplies but not necessarily for audio – audio after all is actually still in the very low frequency spectrum and should not be a difficult spectrum to reproduce, unlike UHF. Transistorised amplifiers are cheaper and dollar for dollar you’ll get better reproduction from a bipolar amplifier than a valve amplifier. I am not talking about guitar amplifiers here, there’s a whole bunch of theories here that wouldn’t work here and most of them are correct. 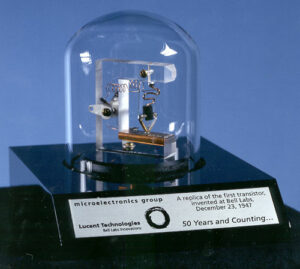