This is one subject which is oft brought up when speaking to any of the over 40s club. Does it really have merit – we live in the digital age and so what? What do you mean anyway? Can we mate old styled electronics to our newer brethren?

Modern is to Trash

Well, anyone with a passion for electronics or has been in the field for more than two decades will have noticed the trend for manufacturers to build throwaway items – one no longer has to repair, the life-cycle is such that the general population trash rather than destroy. Clever marketing is to blame for this – keeping up with the Jones’s. All components, now even the power circuitry has gone the way of surface mount – if you think the hobbyists soldering iron sold at most hardware stores is going to assist you in the quest to do a minor repair is going to help, then you are in for a major shock.  Like the groups that stick to ‘normally’ aspirated car engines there are groups of people that may be assumed to be vintage electronics experts but in reality are groups of people that are either stuck in a time warp or just can’t let go. I’m one of those people. What is vintage anyway?  Radio tubes?

Yes, I did study radio tubes, I was a lucky sod. No, vintage does not necessarily mean radio tubes. In fact I’ll shoot from the hip and say there is nothing like a ‘vintage’ radio expert – most youngsters of today living and breathing electronics love old style electronics just as much as we did.  Repairing tube amplifiers is second nature. I think it’s very much a culture thing – modern electronics is all about cost of manufacture, mass production and of secondary importance is quality – it’s not built to be passed down from one generation to the next. I talk about entry level equipment here. Old equipment did not use plastic but yet plastic can be as durable as wood and steel. Yet I will not want to collect something that is made of plastic unless it was turn of age, unfortunately the non recyclable type.  The old Aiwa midi component systems are a case in point. Elegant and just simply, great. No, I cannot put my finger on it but I think the enthusiast is going to be looking at the old Kenwood amplifiers, the old Pioneer amplifiers. The circuit boards were of extremely good quality but by no means of the same caliber as modern computer motherboards.  Motherboards are multi-layered boards, engineered to withstand uneven heat stresses and very, very high currents in some stages PLUS the additional burden of EMI and stray inductance or capacitance between components. BUT computer motherboards don’t stay in vogue – maybe the XT is a collector’s item. Old Akai open reel tape recorders are certainly. Philips had many plastic open reel tape recorders that were of magnificent build, they didn’t melt either. Computer components are not designed to last forever but yet given their life expectancy they do a marvellous job.

How many of us have opened an electronics device from the 80s only to discover that as we evolve, we have not evolved that much.  The bad news is that what was once analogue is now digital. Then it was all analogue and when one spoke of digital it was usually the timer and display. Yes there were AND gates and NOR gates, there was a shift register and lots of diodes but the motor speed controls were analogue. Go one step up and then you’d hit digital – digital was expensive, memory was in short supply because of cost. 64K of RAM was all you could afford. Now we throw memory away. Now analogue equipment is expensive and digital is cheap. I write this knowing that the truth of the matter is in opening that old box. Many years back there were some great consumer products, the world’s smallest radio – the size of a matchbox, the first television set with the Trinitron tube – they had the best picture, the Barlow Wadley radio receiver, all analogue but great selectivity and many other fascinating and wanna have’s.  Move on to modern times, what intrigues you now is going to be out of fashion next week. There are some untruths in what you have just read.  Digital electronics was indeed coming into it’s own in the 1970s already. Trendy but watt guzzling electronics of older times. I was never a great follower of ‘new’ electronics in the 70s because it was just an add on to ‘old’ electronics. What then makes older electronics so much more fun? Is it all in opening the box?

Culture Shock – what’s in the box?

I’ll refer back to culture. In the good old days one would take a radio tube or NPN transistor, silicon preferably and with a handful of components you could build a Hartley oscillator, Colpitt’s oscillator, a ringing oscillator. You could hook up a scope and see what what was happening inside the circuit. Around you would be like minded individuals. If you were fortunate enough you would end up studying further and work on equipment that you would never see or  touch in your garage workshop. You would be able to see what each component did, you could see the outputs of a digital chip changing from HI to LO, you could see the valve heaters glowing. Now, today, this is all hidden in a plastic encapsulated box. Welcome to the world of microelectronics. Faster, safer and cheaper. The youth of the 60s and 70s would spend all of their money on building circuits – it was a fun thing. Looking through many of the web-pages on electronic circuits the one huge parallel drawn is the enthusiastic crowd of youngsters doing exactly the same thing, drawing from their parent’s expertise, perhaps deviating from the norm – but relying on tried and trusted ideas and building prototypes, putting pen to paper and eventually building a PCB for the final build. I know of many engineers that show no interest in electronics except from a financial point of view.  They are scary people. Looking at their industry and balance sheet through a microscope.  Now and then our lives are lit up when we come across that youngster, that loner building a project in his dad’s garage. Perhaps here I see a light. 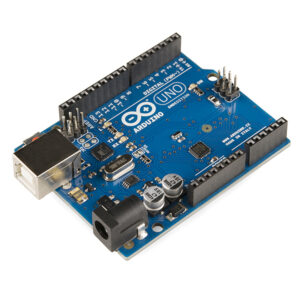 Next post Going into New-Style Electronics – the Evolution of Electronics