It’s becoming really laughable these days – and maybe back then as well.  Go back to your youth, mine was in the 70s and 80s. I was a biker. The fastest bikes in the 70s were the Kawasaki two strokes, the 900cc four stroke, the Suzuki GS 1100, the Honda CBX etc, etc. There was never any proof and an actual visual – we read about it and tongues wagged. If you hopped onto a Katana you would die. There was a problem with the first available CBX swing arm – you would be killed on the first corner. Bikes could wheelie from 0 to 1000 mph and then you’d change to 2nd gear.

Now in the 2000s we have a new media agent and it certainly ain’t Wiki – this one is called You Tube. Every single race on You Tube will have a Nissan GT-R, possibly a Porsche, possibly a Lamborghini and most probably a Ferrari. The GT-R is the undisputed king of the track. No, it’s a Veyron. No, it’s a Lambo. No it’s a Ferrari. Frankly I am getting tired of this.  I love Top Gear – it’s a great program about a guy in his early 50s (if that) whom has never grown up but makes fun of the world, fun of the tree huggers and fun of the government. His side kick is the Hamster, excellent driver with a wit to match.  James May seems the odd fit but Top Gear is not the same without him. Every show needs an intellectual and he fills the gap.  I think Top Gear is about the fun and ridicule not necessarily just about the fast cars, doughnuts and broadsiding. After all, most cars nowadays can do this. There are many cars that can travel at 250 mph, not just the Veyron. So it’s all pedestrian. Cars against motorcycles – that’s normally quite interesting. Cars against aeroplanes – now something to watch.

The idea of watching a ZR1 Vette against a Hornet didn’t particularly impress me. Only because I have seen a GSX-R against a Eurofighter on a 400m sprint. The Suzuki won. Along comes this video and then you realise the importance of reporting accurately.  (The Eurofighter didn’t stand a chance because it stayed on the runway, without taking off – at least that was part of the story, the one I watched).

The Vette ZR1 race against a Mach 1.8 Hornet is a different tin of beans entirely – here the Hornet does take off.

Speaking of which, here is a video of the Y2K (2-speed turbine powered) against a fighter jet (unknown to me). Author and former Classic Bike editor Hugo Wilson said the Turbine Superbike had “as much relevance to motorcycling as a fish.”

Frankly speaking, this is a whole load of codswallop – the entire racing against a jet propelled aircraft concept is pretty daft – why not try a rocket instead. 😎 The dice against the hornet is another tale, longer runway and the Hornet can take off. No more ground friction, spooled up and ready to show the Hell’s Angel’s who’s boss.

As a sidenote, years back I had the pleasure of seeing a GSX-R against a Pitt’s Special. The power to weight ratio of the Pitt’s special is something to behold. The Suzuki had to run the length of track – possibly a Km, turn around and then do an about turn again. The first run was enough for the Pitt’s Special – one loop onto stretch two and it was all over. Maybe that’s why we fly from Tokyo to New York. 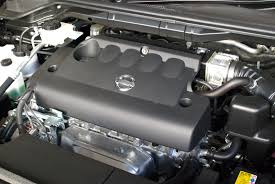