Just as R.M.S, a term used in electrical power measurement is often incorrectly used, the correlation between torque and HP or Kilowatt is often misunderstood. A colleague in the motor industry mentions that at least 40% of his clients pass on information which they have ‘overheard’ when purchasing new camshafts without understanding the true role of both HP and torque in camshaft design.  The same goes for engine re-mapping. Clients are eager to see the HP but know very little about torque. Remember the huge problem MotoGP riders had when changing over from their 500cc two-stroke machines to 900cc 4-stroke machines which delivered substantially more torque at lower revs and literally ate tyres coming out of corners. Although the racing engineers know a lot more about these things than a mere layman I recall this very clearly from the first races, possibly still a major problem. The bottom line is you cannot just push HP up without it affecting your torque figures, the reciprocation is just as true.

HP is the amount of work that an engine must do over a specified amount of time, torque is defined as the force applied at a radius from a given point. One HP is universally defined as the power required to lift 33,000 pounds one foot in one minute. Work is measured in foot-pounds, torque in pounds-foot.

The crux of the matter:

A dyno measures torque and calculates the HP from the formula above.

Note *  The torque wrench reads how many foot-pounds of force that you are exerting on the shaft. If the handle on your wrench is one foot long, and you place one pound of pressure on the end of the wrench, you have exerted one ft-lb of torque on the shaft.

Now for something completely different:  Steam Engines Vs Internal combustion Vs Electrical

So with racing cars we push the envelope with HP, work horses push the envelope with torque.  Long life and maintenance free engines = Longevity is more around low end torque than horsepower at high revs as can be seen by steam trains (again) and electric motors (again) and steam turbines (again) – all industrial use.  With the right gearing diesel engined cars have proven to be as good on the race track as petrol engines, especially in endurance racing where the efficiency of diesel has the edge. The disadvantage is obviously weight but with the new BMWs and Audis on the road and racetrack sometimes wonders if they are indeed diesel – huge steps have been taken in the power to weight ratio debacle. The question I pose then is just what does the diesel engine look like after 24 hours around a track?

Have a look at this site,  electric cars are for girls…. 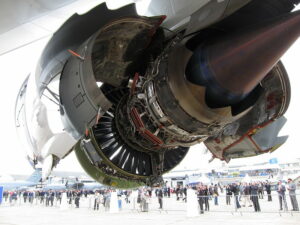