I am sure that to many ex-operators throughout the world we lived in shared the same exciting times 30-40 years back as we do today, in fact moreso because we had to make it happen. Modern telecommunications rely on dialing the correct number and that’s about it. This page is dedicated to the old operators, in fact it’s dedicated to the technology that served us so well up to not even 30 years back.

I was onboard a merchant vessel in the southern part of the North Sea when the Piper Alpha went down. I recall the 500 and 2182KHz auto-alarms going off in the later part of the evening and sitting up for what may have been hours picking up inter-ship and coastal radio stations repeating the distress calls of earlier on and giving updates. I recall reading in the papers thereafter of the events that lead up to the tragic loss of nearly 170 lives. I recall the crew having not followed the chain of command, the miscommunication on the platform and nearby platforms and the ensuing inferno which engulfed the Piper Alpha. It was something which could have been prevented but wasn’t. But what holds me interested nowadays is not how this happened but how perfect the radio communication was at the time. Not the electronics but the discipline.

Young radio officers were taught to communicate effectively in morse code and phonetics, the use of Q-codes, telecommunications, radio theory and the saftey of life. Moreso, SOLAS – the Safety of Life at Sea. There were silence periods on a watch, although only three minutes every 15 minutes, on the hour and every half hour for 500KHz and at 15 minutes past and every half hour thereafter for 2182KHz.  Just how many lives this simple but very important international regulation saved will possibly never be known but it would be in the thousands. Often late at night the auto-alarm would sound from ships in distress, I recall once being over 1000 nautical miles from Singapore when a relayed distress message was sent from Singapore radio on 500KHz. The Asian operators learnt two morse code sets, ours in English and theirs, the most significant being the Japanese and Koreans. Yes, there were others – morse code was not a difficult language to learn, transmitting it precisely was. One knew the operator by his style.

One learnt not to play around with bug-keys, if you transmitted too fast to Postishead Radio in the UK, they would send back to you at a speed that may not have been intelligible. You learnt to grow up – there were rules to follow over and above international law, radio etiquette.  Puerta Rica Coast Guard was not to be trifled with – they were very fast operators and not for the novice operator. In fact in my early years to work a USCG operator was scary business, more so than driving a car for the first time. Portishead was the most polished, without a doubt. Australian operators worked the AUSREP system and you didn’t forget to send reports. A very ingenious system which must have saved thousands of lives, likewise the AMVER system which if I recall correctly was controlled by the USCG. The AMVER system was an international system and all vessels were encouraged to participate, not only so big brother could watch your movement.

I can go on and on about the preciseness of radio communication through the 20th century until the late 80s.Operators were qualified and most took their work seriously. There was a benchmark and if Portishead found you weren’t following a minimum requirement you would be reported and there were dire consequences, likewise the USCG and most of the other larger radio stations. Telecommunication at the time only had one downfall – the ionosphere. Fundamentally the depth of the ionosphere was the deciding factor on which frequency to use. I over simplify but the fact remains, telecommunication wasn’t an up and downlink through a transponder or satellite.  The question I ask myself now is how strong is our communication system in a time of peril? There are some countries, the US being one which has a very strong and hugely active civil defence program. I live in a country which I believe has one but we know will never be strong because our military is weak. How would the civilians on our planet react if we had no system to work with? People have used the cellular network to save lives but what happens in a major event such as the Tsunami that hit the Asian coast not that long back?

I believe sincerely that we should not just pack the old WT and RT systems in a box because modern technology rules.  Modern telecomm is all around close suscribed networks – WT and SSB was never designed for this purpose. I stand corrected but I believe certain aviation routes still carry older radio systems for communication.Yes, the older systems were slow but they were reliable at the hands of a qualified operator. Modern operators do not necessarily have to go through stringent tests to operate a cell phone, 3G, 4G or land-line link. It’s all at the press of a button. In civil defence and here I am talking about natural disaster, possibly, just possibly we are setting ourselves up for disaster.

I was thinking now recently about how our lives have changed through the internet, how cloud computing has become this amazing Messiah. As dangerous as our electricity in the time of a blackout. We are pushing the limits when it comes to technology but forget how infallible this is. How many movies have you watched over the last ten years where the world is doomed until the trusty CB set is whipped out of mothballs. It’s not really as far-fetched as one would like to believe. Maybe we have become too clever for our own good. Ships and aircraft are still sinking and crashing in these modern times although technology has moved on. I fear for the time when we do not have power, we do not have a reliable cellular network and maybe, just maybe your local telecomm cables are all down. Believe me, it has happened.

It’s time for the managers of cities, towns and local government to tell their fellow citizens what they have done to prevent a total communication blackout in a time of crises. Radio should never be put into mothballs – it still plays a very powerful tool in modern society. The old radio systems added a touch of class to life, it was interesting, it was exciting and in this there were many tens of thousands of people that put together systems which could save lives. At present there is only one body that could be of assistance in a time of civil crises and that is the ARRL or local Amateur Radio Ham.

For the student or enthusiast of radio telecommunications of yesteryear I have added some very informative links below:

There were virtually hundreds of large radio stations in operation through the 60s, 70s and 80s. Most communication in my day was through Portishead, Chatham, Amagansett, Scheveningen, Oostende, Cape Town, Durban, Choshi, Seoul, Perth, Sydney, Guam, Puerta Rica, Mauritius, Singapore, Dakar, Walvis Bay, Keelung, Hong Kong, Roma, Athens, Haifa, Madrid and many more but I am afraid my memory escapes me.

I’d like to keep this page open to comments. I see many pages of radio stations from a bygone era but I’d really like to consolidate this under a united banner – I’d like to see radio stations from Russia, Germany, more about Cape Town Radio – remember they controlled radio traffic through the southern sea route, a very important setting through WWII, also Mexico, Brazil, Spain, Portugal, France, Egypt, Argentina – the USCG stations of course held a special fascination for me,  likewise radio stations placed on islands thousands of miles from nowhere – the operators were always very friendly and helpful. You had to be, modern technology has obviously changed this for the better and possibly the loneliness is now a thing of the past.  (think the dark, unfriendly waters between Australia and South Africa, those that travel alone have balls of steel).

Thank you for reading this article. 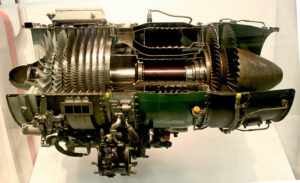 Previous post Jets and Gas Turbines
Next post How reliable is the GPS in a time of War?