Read recently where the author claimed the radio tube was an analog device. I find that rather peculiar – what would make a ‘tube’ an analog device and a transistor a digital device? It all depends on the biasing!

For those new to electronics I am sure by now you would have covered audio amplifiers – I think most newbies start with audio or switching circuits, in this case analogous and digital, think sine wave and multi-vibrators which create square waves, well at least attempt to. Audio amplifiers when biased to Class A are designed to amplify the entire sine wave – to get this the tube or semiconductor is drawing a significant amount of current from the power supply to allow the incoming audio signal to be amplified in full e.g. when no incoming signal is present the amplifying device is already dissipating quite a bit of power which makes class A only about 50% efficient but it reproduces a very good copy of the incoming signal. Class B audio is where two devices are used, one amplifying the positive part of the sine wave and the other, the negative.  Class B amplifiers are set to draw a few mA when in idle state and Class C is biased to shut-off. Class A is used frequently in audio, AB (a mixture) in audio and output stages of SSB transmitters, class B, audio and Class C in radio transmission – remember the CW or morse code transmitters. Now in comes our question with regards to transistors and valves. Why state that a ‘tube’ is used primarily as an analog device when it can be biased in any of the three primary classes as above – a ‘tube’ is used in multivibrator circuits where two devices are used, each of them can be in either ‘on’ or ‘off’ state. Radar is a device which is primarily – first and foremost – a timing device. A square wave – called the PRF (pulse repetition frequency) is quite the most important signal in the entire unit and is derived possibly from a multivibrator. All early radar used ‘tubes’. The klystron, thyratron and magnetron are all tubes but the thyratron, like the noble solid-state SCR is just a switch.

Therefore I don’t go with the statement that a ‘tube’ is analogeous. Yes, there are components designed primarily as switching devices, especially, FETS but many also have gain and can be used as an amplifier of sorts.

For those newbies Wiki does have an interesting explanation covering the different classes of audio: http://en.wikipedia.org/wiki/Electronic_amplifier

Reading further in the article I came across a statement implying that ‘tubes’ are not better than transistors when used in guitar amplifiers. Beauty is in the eye of the beholder. I’m not a musician but many musicians prefer the sound of ‘tube’ amplifiers. Almost all ‘tube’ amplifiers use capacitor and inductive coupling which adds to losses – in theory then a transistor amplifier should sound better. But and this is a big BUT, tube amplifiers do not distort as harshly as their bipolar transistor buddies when over-driven, which makes this a big plus for the musician hence the ‘valve sound’ switch on many semiconductor amplifiers. I wonder what musicians think of this – gimmick or enhancement?

However having stated all of the above ‘tube’ amplifiers are horrendously expensive and I think overrated. If a 15W ‘tube’ amplifier sounds better than a 15W transistor amplifier when over-driven bear in mind that a 100W semiconductor amplifier is cheaper to build and maintain – at a 15W drive to the loudspeaker the semiconductor amplifier is only coasting – in my mind, infinitely better sounding. Some very old bipolar transistor amplifiers do sound better than their modern counter-parts with certain inputs but definitely not with modern home theatre – just like not that long ago one would purchase a CD player for CD audio and DVD for home theatre, they just sounded different. Different strokes for different folks.

The reality is although manufacturers try to get the most demanding spec from their amplifiers users should never go by specs alone when buying an audio amplifier. Your ear is the final test instrument – not the distortion meter, oscilloscope and spectrum analyser. The best disco amplifiers are from the 70’s.  🙄

Yes, I may be a 70’s child but I doubt I’d listen to Cat Stevens through most teens car audio. 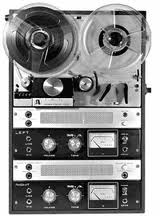