Well I left out Idols five because I really had nothing to write about – Sindi was saved by the judges. Rightly so. Personally, I think Sindi has all the makings of an idol, it would be damned unjust to see her going out now already when she obviously is the one whom has grown the most. Maybe not in stature though.  She is a real living, breathing doll. Well I still like ‘ol’Elvis but he seems to losing points as we go further up the ladder. “Bridge over Troubled Water” was, I thought, a terrible song choice last week-end. Adeline and Peter West were both voted out because of the judges saving of Sindi – I’ll buy Peter’s albums, the guys obviously got talent but not for what they are looking for in this show.  I thought Adeline was a very strong performer, chiefly because I thought she was consistent and if anything became better from week to week although “Purple Rain” was my personal favourite.  What next?

Well Boki seems to be the likely winner so far, gauging by public opinion and the “screamers” after any of his appearances.  Should he take the crown he would be a deserved winner, as would be Loyd. I believe the two of them are in the top two positions – I wonder how somebody came to that conclusion. I thought the votes were “top-secret”, kept in a vault that only National Intelligence had the royalty rights to see. Right now, I find the show boring with only Sindi keeping my mind on things – I wish she wouldn’t wear those small dresses though, doll or not. In the beginning I was certainly overwhelmed by Elvis’s appearances but he seems to be losing interest as well. Not a good idea. I still think he could turn the cards and become our first international star but he needs to keep his mind on what got him there in the first place – his audition and Bob Dylan. Playing “Bridge over Troubled Water” was not the way to go and neither is any other widely played track. In any event, no matter how you play it “Bridge blah blah” can only be sung by the famous S&G, like the Moodie Blues and “Nights in White Satin”.  I believe that tonight he plays “Piano Man”, now that is a typical pub choice. It’s not going to appeal to the youngsters though. Somebody mentioned on F/B that Elvis was a Heinz clone. Another copycat, another guy that’s not going to go anywhere. Idiotic and insane thoughts – Heinz is the one Idol winner that has moved ahead and although I didn’t see him as a winner he is immensely popular. So go and suck an egg, this means that Elvis has the credentials. By his appearances he comes across as a humble and nice guy, let’s hope he stays that way. Humble and being a nice guy doesn’t win races though. Loyd is also a nice guy and a humble one too.  That’s not going to win races either. So we have Lloyd singing soul, Elvis doing the weepy bit and Boki and Sindi doing some regular pop numbers.  So where are we going with this?

Sindi and Boki to me are for the teen set, not yet mature enough to appeal to the mature listener. Which makes them the real McCoy.  Which makes them the most likely winners. Because Sindi has been in the bottom three a few times voters had better start start pushing their cell phone keys otherwise we are going to lose this very credible artist very, very soon.  The next ousting should tell us whom the winner is going to be.  Opinion polls at the top radio stations have never had a bad thing to say about Boki. Last week we had Loyd, Elvis and Sindi all up for eviction.  This should tell us where the votes are going. But who cares, they’re all excellent. Boki sings a Seal number tonight. Is this going to be a clincher for him? 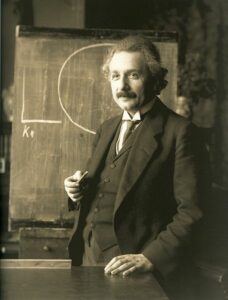 Next post Electronic Formulae and Equations for Whisky Drinkers