Well guys, round number two pretty much blew me away – I realised then just how great Jamie Lee (the one that got away fame) is or at least was for the show (which includes Gareth’s leer) and her few personal appearances were actually, I felt compelling viewing. (esp. in her bikini).  Talented she is but sadly, she never made the vote. She sang “Save Me” an old Clout number – although it was extremely popular years back, so popular that I recall seeing it on a jukebox in Houston, the song was played to death and I fear the song did not save our Jamie Lee. Well done Jamie Lee, now go on and show us your talent outside the confines of Idols. Yourself,  Bongi (may the stars always be with you my son) and Gail (the gorgeous one). Putting lecherous thoughts aside let us continue…

Well tonight we have a Michael Jackson theme, do you remember ol’ Mike?  I believe that the show is going to be exceptional – I know Lloyd is going to sing “Billie Jean” one of my all time greats. This guy has the exceptional knack of selecting songs that will get his vote.  So far so good. My good friend although I don’t know him, Pieter West may be a little bit out of his league here tonight. Pity it wasn’t an R.E.M evening. Or how about having Michael Stipes singing a Michael Jackson number.  Ummm, cannot picture it. My personal favourite Elvis Blue is almost uncanny in the way he makes any song sound like he wrote it – ditto last week with Malaika’s music. An African song by an African man? Elvis cracked the code and I give him 1000 kudos.  I have no doubt that Boki is going to be exceptional tonight – along with my other favourite, Sindi.  Grief, this lady is cute as a button – I hate the term but now I know where it comes from or at least whom it’s meant for. I want to take Sindi home and put her on the mantelpiece she’s that cute. Jess is only that far away from been ushered out but I believe that she has exceptional talent – I’d buy tickets to see her singing live anywhere. Jess, coming from Durban where as a young seafarer I used to hit the nightlife as long as the ship was docked always thought they (Durban bands) were streets ahead of Cape Town bands. Perhaps no longer but I do think Jess belongs there. Actually so much so that we should not be surprised to see her ending up very much like Mel Lowe, the dark horse coming in third but always in everyone’s mind. Yes, Jess, maybe not a top three contestent but someone always willing to try new things. And do well at it.

Adeline.  Deadpan Randall obviously likes the girl. Like most full blooded males out there. Adeline, to my mind, is very much like Lloyd. She just cannot put a foot wrong. She selects songs which make me cringe because, seriously, a person whom has had no formal voice training and music should never be selecting these songs – and oh yes, she does it so damned well. (Purple Rain for instance).  I love Adeline because she sings her heart out. She is excellent – no, not excellent, unbelievable.  At present though, I certainly hope that the people out there are voting with their minds and brains and not their heart. Adeline can capture hearts but alas, been a creature of habit I fear that all those gorgeous sista’s out there don’t have the same, ahem, balls, as the men. The guys just seem to be more resilient in the long run. Look at Heinz, Brandon, Jason and Jacques. Forgive me if I have missed someone. Melanie has balls, that’s why she is still there. I loved Jodie because she has great pins. I think with time and maturity of course Jodie is going to be a significant entertainer.  She certainly deserves to be where she is.  Adeline also certainly deserves where she should be and if she does go before the top three it will be a sad occasion. As Mara says every week – she doesn’t want anyone to go.

Last night I was listening to “Perfect Square”, REM and thought of Pieter West. Yes, he has that voice. He lacks the get up and go but in time he will be there. I didn’t like the wink last week though – maybe a bit cheesy. An accountant winking at the audience? Was it a case of bad nerves or fame going to his head? Maybe jealous that Adeline didn’t wink at me? Or even Elvis Blue? Nope Pieter, you can do better than that.  Nothing like a firm handshake from a Free Stater to seal a relationship, not a wink. Not even by modern accounting standards.

Well here is how I see  the current viewer voter and opinion rating based on lust, sex and appeal:

I still vote Elvis Blue as a front runner – he has enormous appeal both to male and female. Sure, he has an excellent voice but so do all the other contestents. I think somehow he will possibly shake the stigma attached to this reality contest (not that Idols is bad) and become an international star. I don’t see this in the other artists – I see an Arno Carstens here. The passion, the excellence and without a doubt – the popularity.

Go for it Elvis.

Helpful blog, bookmarked the website with hopes to read more! 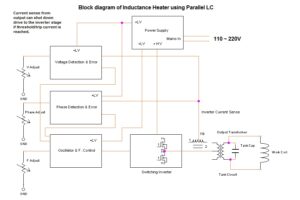