I thought as one gets older the arrogance disappears because as one goes through life’s travels it doesn’t take too long to realize that we are no more clever (or stupid) than the next guy.

I was in a computer store and I heard a salesman telling a would be buyer that the Logitech speakers the lady wanted weren’t rated in PMPO because they were made in Europe where they only use Real Mean Sound as the measurement. The lady asked him to repeat what she had just heard and then cracked up with laughter. This obviously made the guy quite irate because she didn’t tell him what was so funny. As they say, ‘you can bullshit some of the people some of the time but not all of them all of the time”.

I had heard the Real Mean Sound story a long time back and wonder if this guy misinterpreted the story and now thought that this was the proper terminology.

A friend of mine used to fix CB radios and one day he told a client that he had to replace the aerial because the Signal Warning Resistance light was on. Now that made me cry out, it embarrassed my friend as well because he didn’t know why I thought that this was so funny. In actual fact what had happened he wasn’t lying to the client – he just didn’t know what SWR meant. Now as it happens if you don’t know what it means then you can’t have much in depth knowledge on how aerials and radio waves work either.

A very technical customer one day gave me an in-depth recital on how PMPO was measured. ‘at 1uS the maximum power that can be blah blah blah’. Now where do people come with this shit? I do not know whether this is now a new term learnt when students of electronics are studying for their MSc but it was unheard of in the 80’s. I heard this term came about due to the promotion of ‘Ghettoblasters’ years back. This sounds more like it. The question that arises is that more and more people like throwing around abbreviations like there is no tomorrow.  I have, strangely enough for an uneducated idiot like myself, found that most of them are also uneducated idiots. I too have educated friends – they most probably find me comical to speak to, but in all essence I don’t hear them throwing around abbreviations in their high tech gizmo talk. I have therefore come to the conclusion that the more intelligent or educated you are the less likely you will have to study abbreviations to make your argument sound more intelligent.

Now let’s have a look at these abbreviations:

There’s only more I can remember…

If anybody would like to add more to the list, please do so.  I’m sure I have heard many more but believe me when I tell you that most of these abbs. I have heard from people that should know better.

Oh yes, one more – I was laughing at a company that had the abbreviation of STD and a colleague asked what was so funny. Thinking that she possibly didn’t know what an STD was I asked her and her reply:   “Saving Time Daily, it’s used in the UK you idiot”.

Good grief, what is this world coming to? 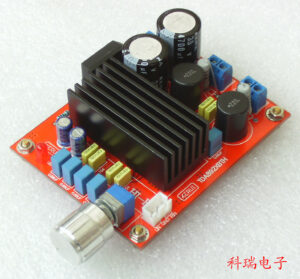